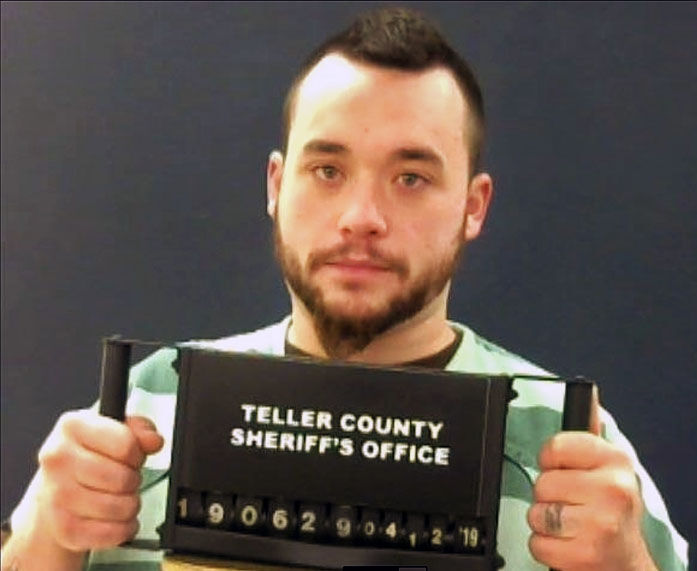 A line of deer heads from animals poached by Iniki Vike Kapu of Colorado Springs. Photo courtesy of Colorado Parks and Wildlife.

A line of deer heads from animals poached by Iniki Vike Kapu of Colorado Springs. Photo courtesy of Colorado Parks and Wildlife.

Iniki Vike Kapu, 28, had been accused by Colorado Parks and Wildlife of illegally killing 12 deer, 2 turkeys and a bighorn sheep ram across the region.

A few days later, as part of the plea agreement, Kapu was fined $4,600 and sentenced to 6 months in jail and 3 years supervised probation in Fremont County.

Kapu forfeited all the weapons he used in the poaching incidents.

“Mr. Kapu’s crimes against wildlife are the essence of what defines a poacher by taking wildlife without regard for the laws protecting them,” Cooley wrote in his decision.

“Iniki Kapu is viewed as a serious threat to Colorado’s wildlife and his violations are among the worst. The severity and level of indifference for wildlife in this case are rarely seen and cannot be tolerated.”

“Let this be a warning to anyone out there who is contemplating poaching wildlife in Colorado,” said Frank McGee, CPW area wildlife manager in Colorado Springs. “Colorado Parks and Wildlife aggressively pursues anyone who illegally takes wildlife. When you poach, you are stealing from all residents of Colorado.

“And your acts are an insult to all the hunters who follow the rules, who buy the licenses that pay for wildlife management, who respect the hunting seasons and abide by principles of fair chase.”

Kapu, who declined to participate in the hearing on his hunting privileges, has 35 days to appeal the lifetime suspension to the CPW Commission.

CPW had accused Kapu of illegally killing big game animals in Teller, Fremont and Chaffee counties. The Chaffee County case, also in the 11th Judicial District, wrapped up May 22, 2019, when Kapu pleaded guilty to illegal possession of wildlife and was fined $900.

Kapu’s plea agreements cap an investigation by CPW officers started by a citizen tip about illegal killing of wildlife in October 2018 linked to a red truck, stuck and abandoned on a remote road in the Pike National Forest.

It had a dead deer in the back and the meat was spoiled. In Colorado, hunters are required by law to prepare all harvested big game for human consumption.

The removal of hides, antlers, heads and abandoning the animal’s meat can bring up to class-five felony charges against anyone suspected of the crime.

Anyone with information of a possible crime against wildlife is asked to call CPW, or report it anonymously to Operation Game Thief, or OGT. Reach OGT by calling, toll-free, 1-877-COLO-OGT (or 877-265-6648). Verizon users can dial #OGT. Or email CPW at game.thief@state.co.us .

A Citizens Committee administers the reward fund, which is maintained by private contributions. The board may approve rewards of up to $1,000 for flagrant cases. Rewards are paid for information that leads to an arrest or a citation being issued.