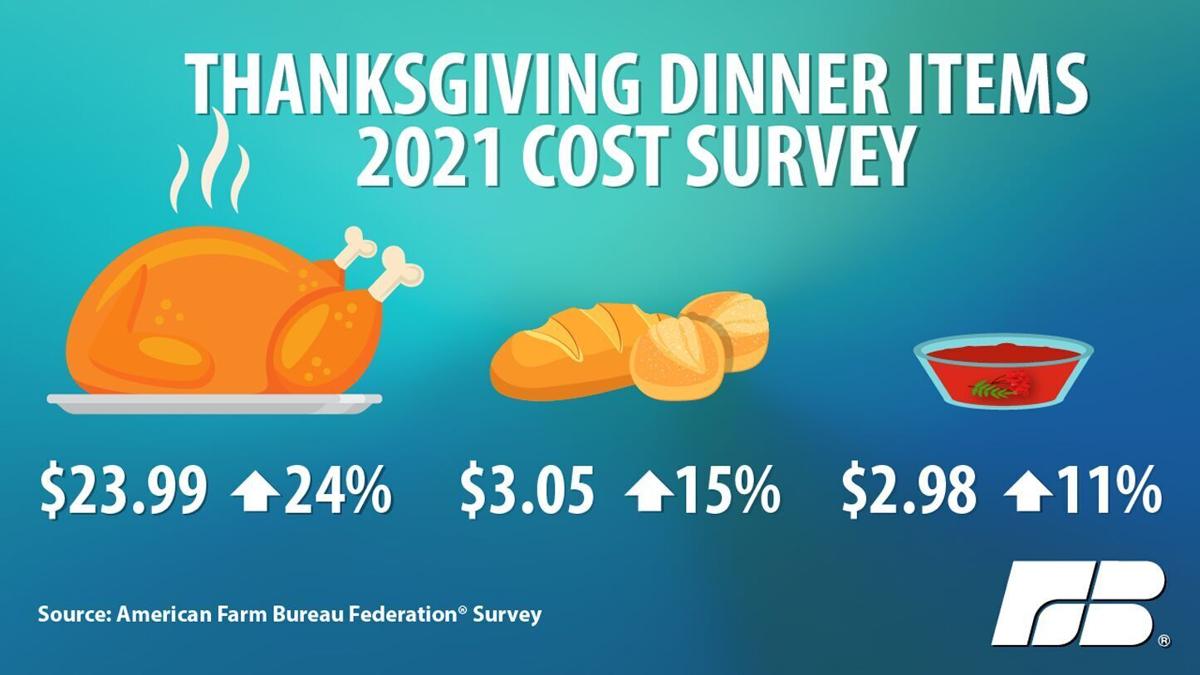 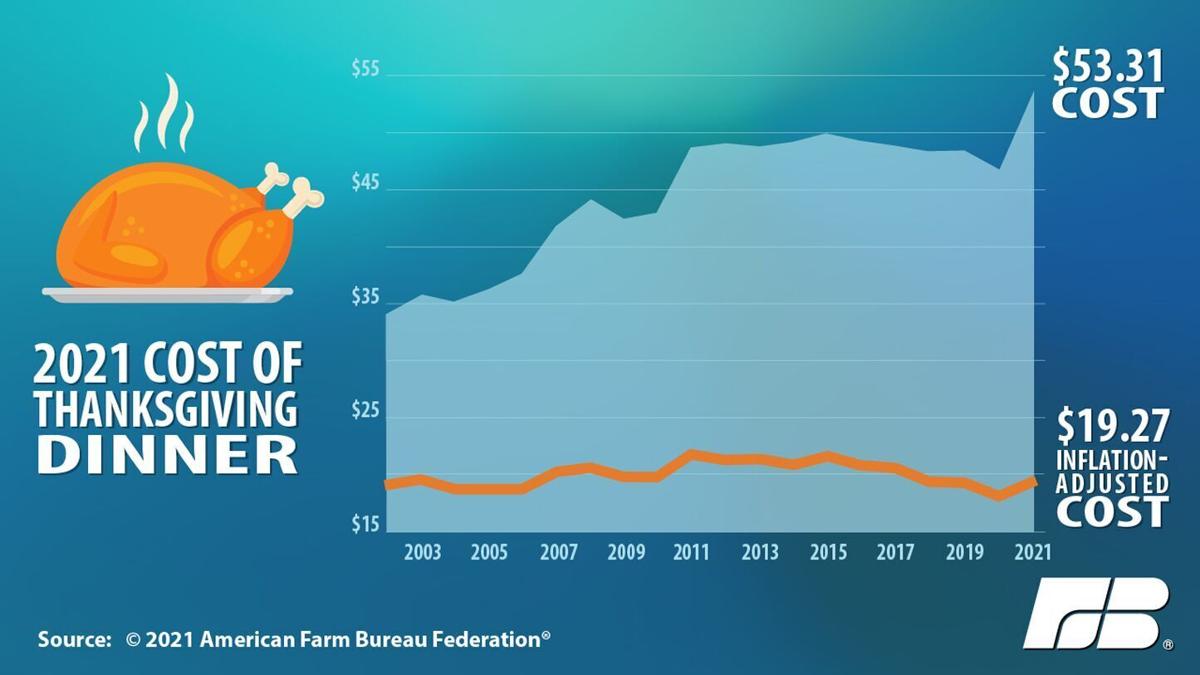 “When you go to the grocery store and it feels more expensive, that’s because it is,” Veronica Nigh, senior economist at the American Farm Bureau Federation, said in a recent report on the cost of a Thanksgiving dinner in 2021.

But the Farm Bureau said there are several mitigating factors.

Volunteer shoppers from the Farm Bureau checked turkey prices between Oct. 26 and Nov. 8, which is consistent with past surveys.

“Several factors contributed to the increase in average cost of this year’s Thanksgiving dinner,” Nigh said. “These include dramatic disruptions to the U.S. economy and supply chains over the last 20 months; inflationary pressure throughout the economy; difficulty in predicting demand during the COVID-19 pandemic; and high global demand for food, particularly meat.

“The trend of consumers cooking and eating at home more often due to the pandemic led to increased supermarket demand and higher retail food prices in 2020 and 2021, compared to prepandemic prices in 2019.”

“Taking turkey out of the basket of foods reveals a 6.6 percent price increase compared to last year, which tracks closely with the Consumer Price Index for food and general inflation across the economy,” said Nigh.

The Farm Bureau also did a survey with an expanded menu, including all of the original items, plus ham, russet potatoes and frozen green beans.

The individual prices break down as:

• Miscellaneous ingredients to prepare the meal: $3.45, up 12 percent.