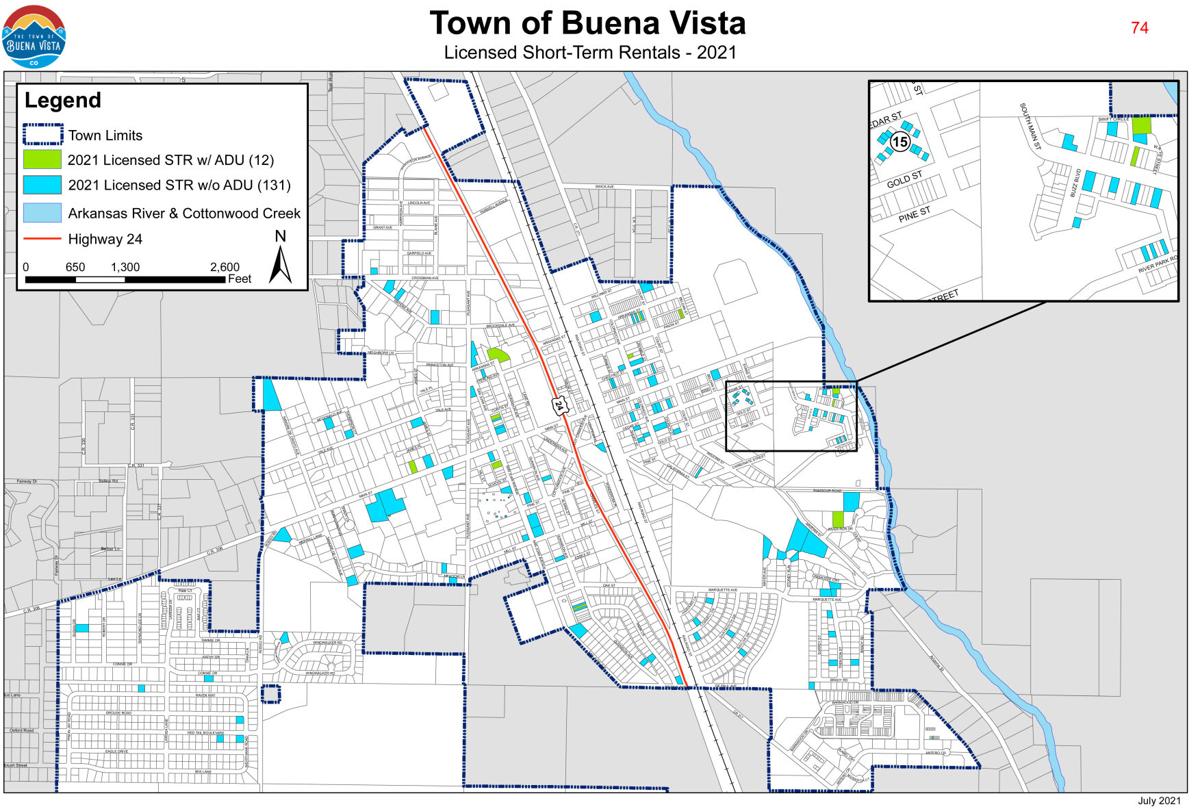 Town of Buena Vista staff have delivered a report to the board of trustees outlining proposed changes to municipal codes to address short term rentals in the community.

According to the report, the attractiveness of investment properties in BV and the potential problems arising therefrom are “not self-correcting via market forces” and require regulation by the board.

The intent of the proposed code changes is described as two-pronged.

First, concerns over potential disturbances caused by short-stayers in the area will be addressed through a strengthening of nuisance codes and consequences for repeat violators.

“The staff propose code and process changes to increase the responsibility of STR owners to educate their guests about local rules and hold them accountable if those rules are broken,” the report says.

Accountability is suggested in the form of an escalating system of warnings, fines, and eventual revocation of the STR license.

Second, STR licenses for out-of-county residents would be capped at 4% of total housing and one STR per entity.

Town administrator Phillip Puckett said applicants would be expected to submit evidence of a physical address and an affidavit.

The report also notes that the changes proposed would not need to go through Planning & Zoning.

Code language for nuisance regulation would be brought forward for a public hearing, and the license caps for out-of-county residents would be set to affect 2022 licenses.