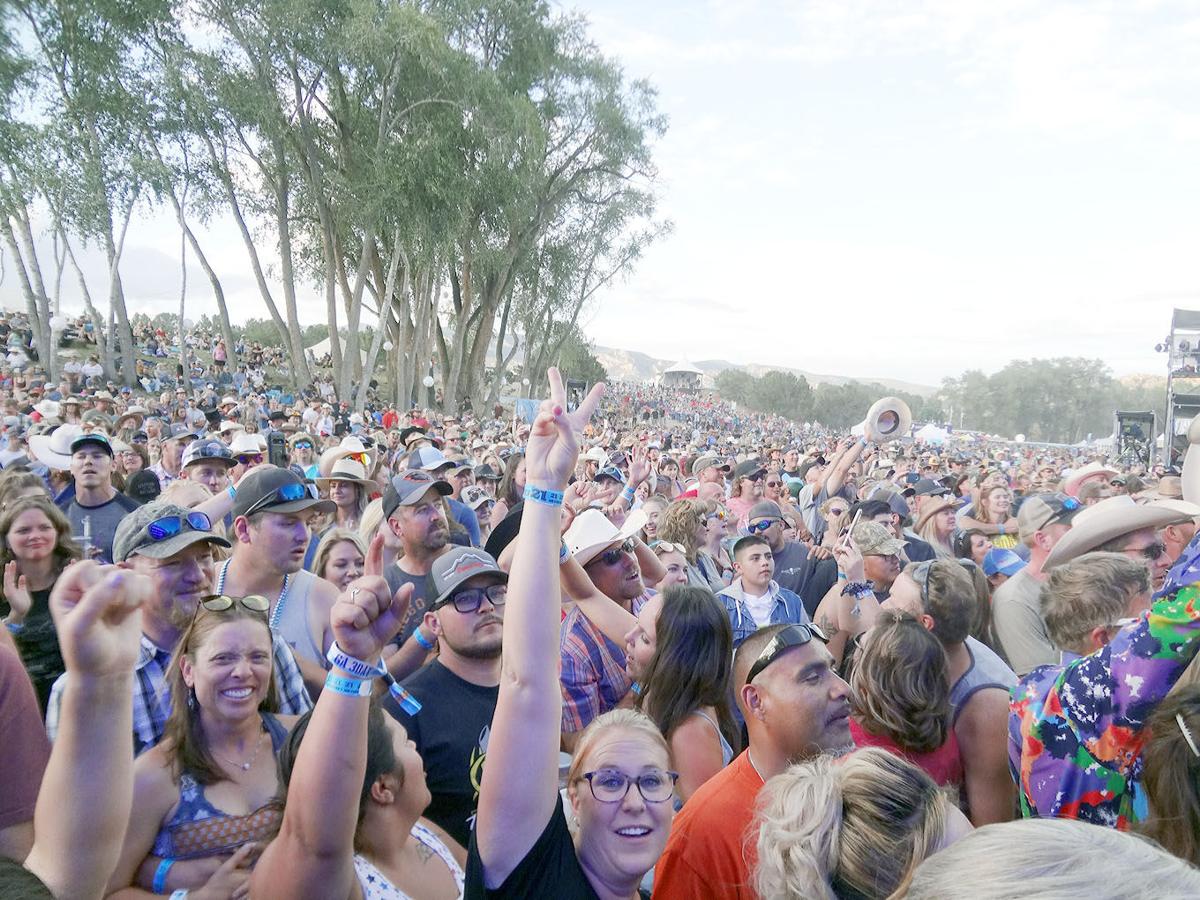 The 2019 Seven Peaks Music Festival packed the outdoor venue Labor Day weekend. Meadows owner Jed Selby has filed an application to host up to 12 events a year with more than 1,000 attendees. 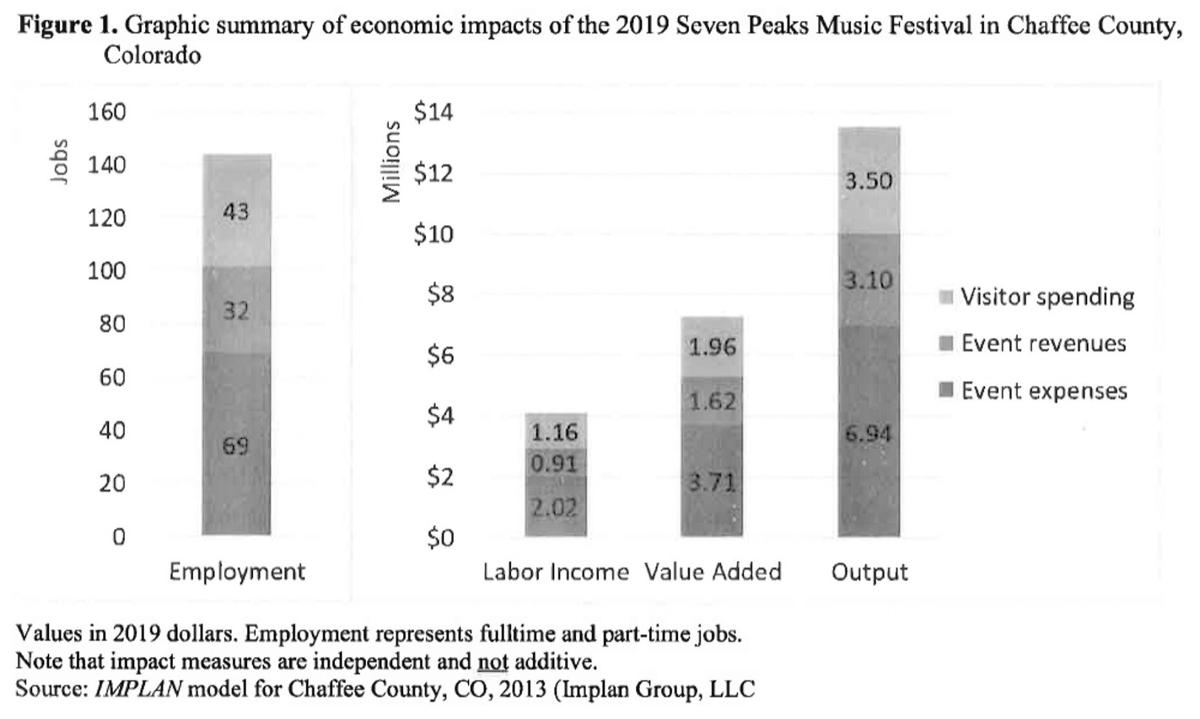 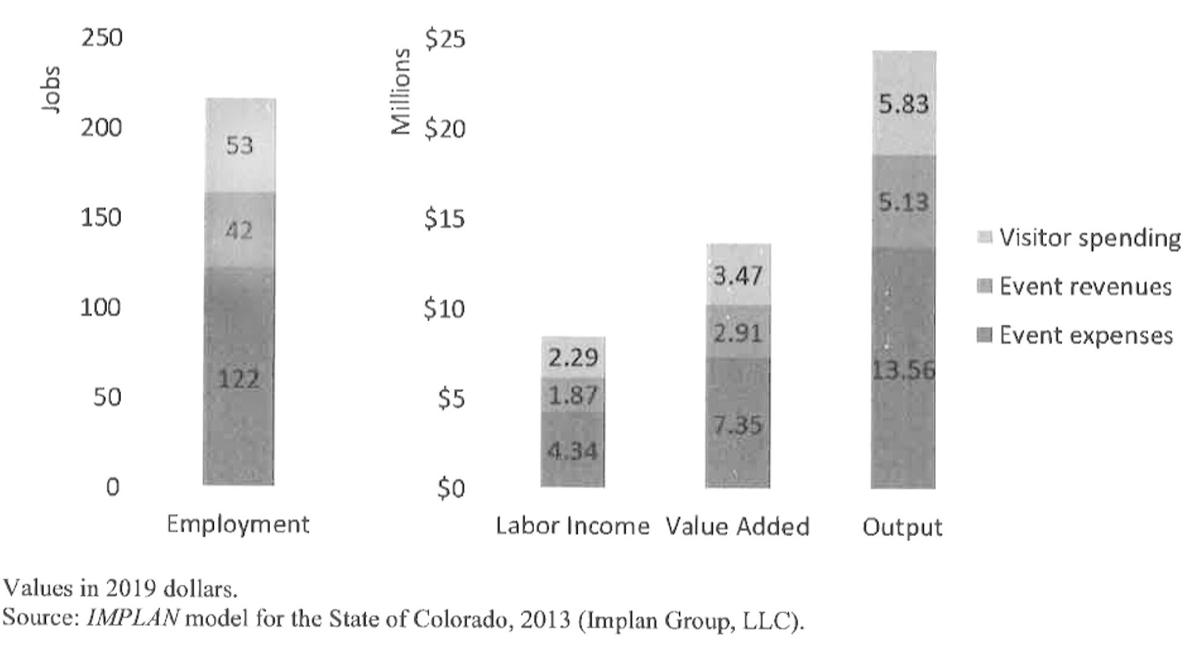 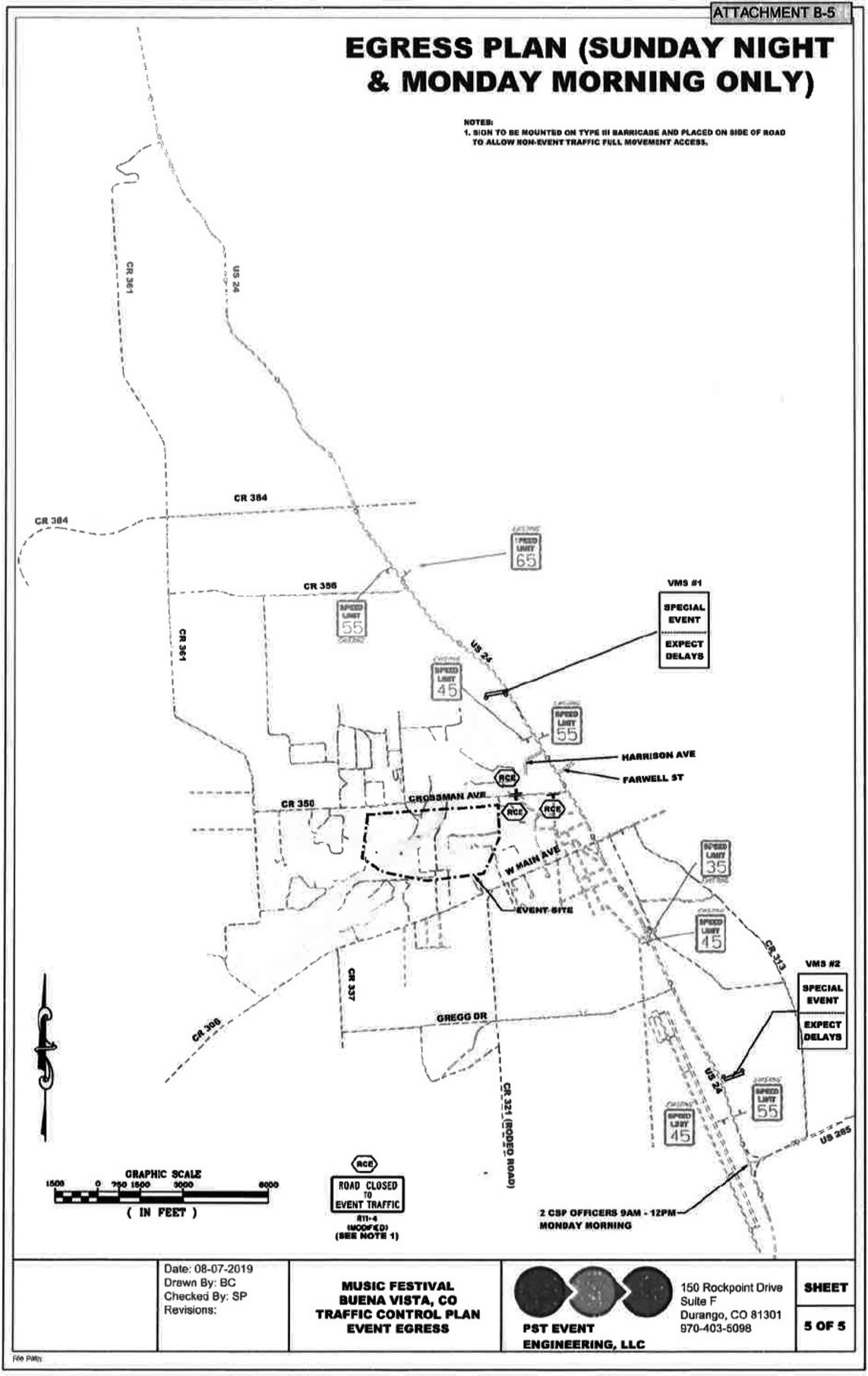 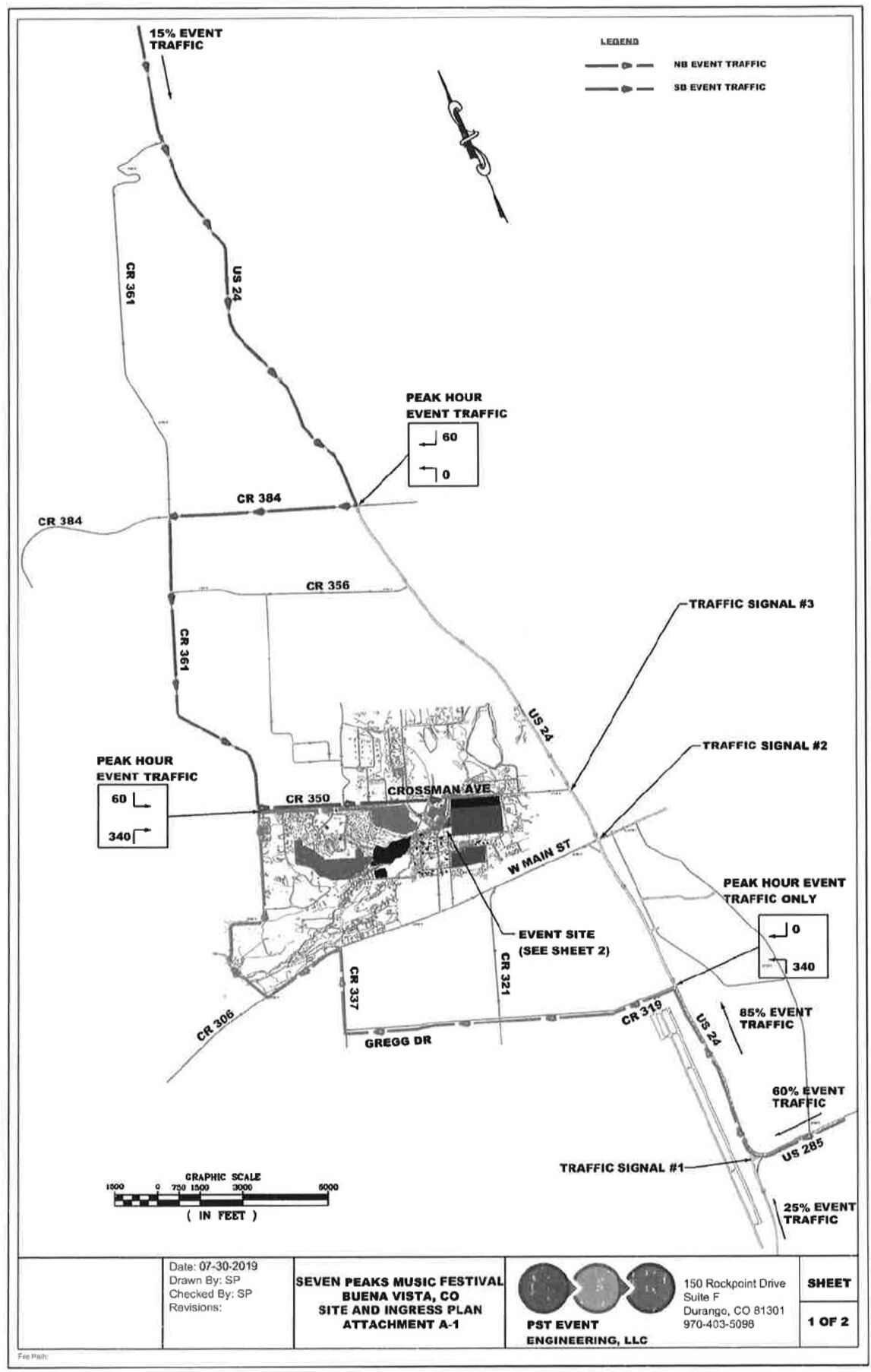 The 2019 Seven Peaks Music Festival packed the outdoor venue Labor Day weekend. Meadows owner Jed Selby has filed an application to host up to 12 events a year with more than 1,000 attendees.

Next month, the Chaffee County Commission will begin review of an application that, if approved, would greatly increase the number of special events that could be held at The Meadows.

And, no, the applicant strenuously states, that does not mean one Dierks Bentley-sized production per month.

The 277-acre farm west of Buena Vista along Crossman Avenue is used for hay production and cattle-grazing for most of the year, but it’s also the site of the music festivals Campout for the Cause and Bentley’s Seven Peaks Music Festival, as well as the Society for Creative Anachronism’s Battlemoor event.

Under the Meadows’s current zoning, the property is limited to three special events. The proposal for the Meadows Farm Outdoor Theater submitted to the county’s planning and zoning department requests up to 12 large-scale events – events with over 1,000 attendees – and the ability to host events with 1,000 attendees or less as a use by right – meaning the property could host an unlimited number of these small-scale events.

Jed Selby, owner of the Meadows, puts this into perspective by noting that any property of any size in Chaffee County can host an event up to 500 people without a permit.

Each large-scale event would still need to go through an administrative approval process with the county that would “follow the county’s submittal requirements for a special event permit,” according to the application.

“The (event plan) will detail various elements of the event including, but not limited to: (1) the anticipated number of attendees; (2) traffic control and parking; (3) security; (4) water/wastewater; (5) outside agency support; (6) mitigation of impacts; (7) vending, including food and beverage; and, (8) other information deemed necessary for hosting a safe event,” the application states.

The event plan would also include a site plan for each event.

The application predicts that most of the events hosted by the outdoor theater would take place between mid-May and mid-October, but that off-season events could take place.

Anticipating a perennial complaint raised during previous large-scale events that have been held at the Meadows, the application proposes amplified sound curfews of its own: midnight on Fridays and Saturdays and 10 p.m. Sundays through Thursdays.

“For the sake of clarity, we’re not trying to do 12 music festivals,” Selby said. “That is not what I want to do. That’s not possible even if I did want to … If you do too many events, you end up spreading the same people out over multiple events, and it makes them very difficult to be successful financially.”

Selby said that the increased possibility of permitted events would allow the Meadows to host some more ticketed music events, as well as community-oriented events, similar to the Buena Vista High School mountain bike and track races the field hosted last year.

“We were able to do it because we didn’t have Seven Peaks and Campout. If we’d had those events, I would have had to tell them no,” Selby said of the race. “So, I think having some events left over where I can say, ‘Sure, high school mountain biking, you have an event, that’s no problem.’ I think there are a lot of uses for the property that would not be as impactful, obviously, as Seven Peaks.

“Our goal would be to host a lot of different things,” Selby said. “Even 12 events, I think if you were to look at most towns, most have quite a bit more than that in a calendar year.”

The application also requests that a 1 a.m. curfew be allowed 4 nights per year.

Although not part of the initial application, Selby hopes that in the future, as the outdoor theater permitting brings greater stability to the Meadows as an events venue, some permanent infrastructure, especially electrical, could be brought out to the field.

Still, Selby sees a great synergy between the Meadows’ dual identities as a live event venue and its use throughout the majority of the year as a hay farm.

“When I grow really, really nice hay, and there’s no weeds and there’s no dry spots and I irrigate it properly and I fertilize it and I cut it, once you cut it, you have the optimal field for a festival,” Selby said. “The root depth (of hay grass) is adequate to where it can look really trashed on the surface, then you water it once and it comes right back. I think it’s worth pointing out that if you put horses or cattle on a field, they can kind of tear it up to where it looks bad, and you water it and it comes right back because a huge part of the plant is alive and well, it’s just right underground.”

Selby also recognizes that the undeveloped, verdant quality of the Meadows, with Cottonwood Creek snaking through groves of its namesake tree, is part of what makes the Meadows so attractive as a venue.