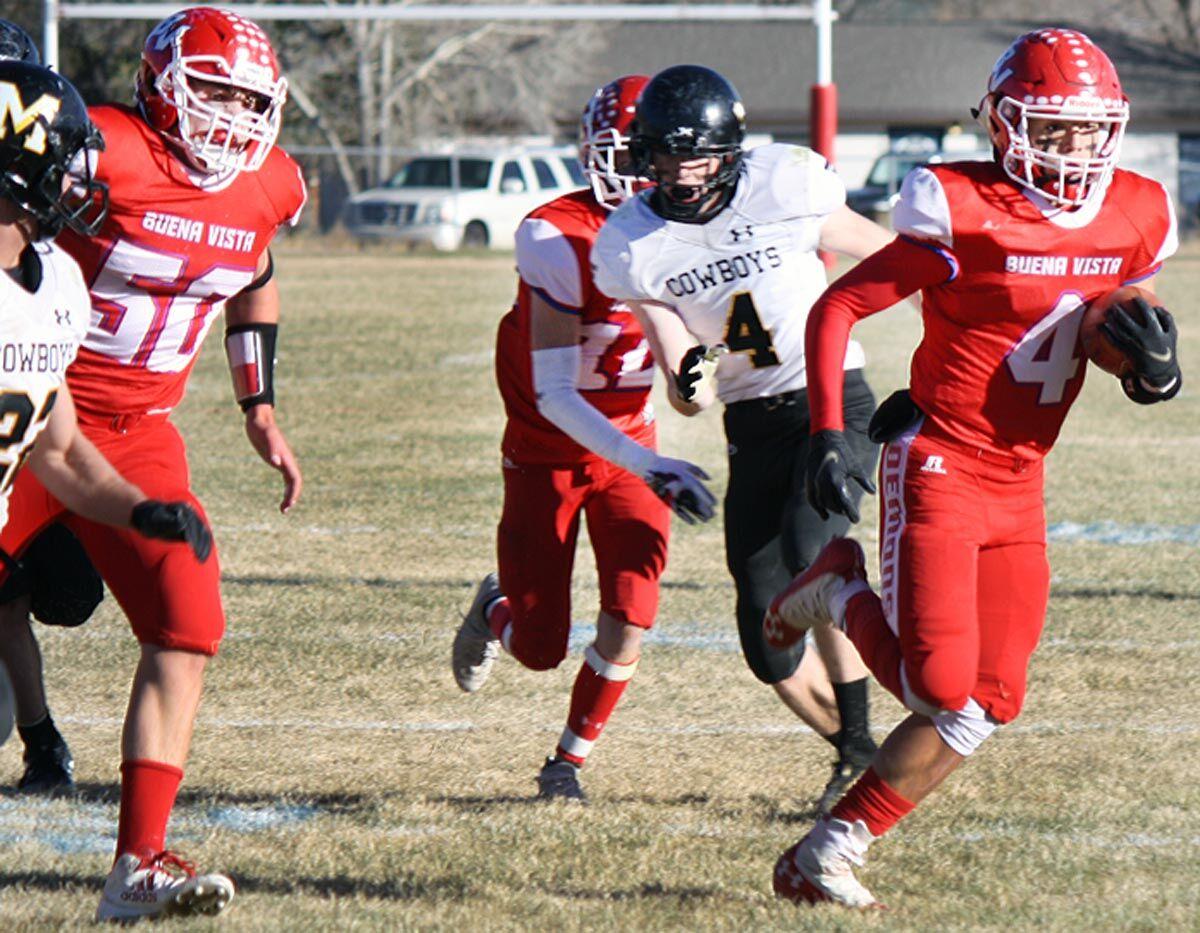 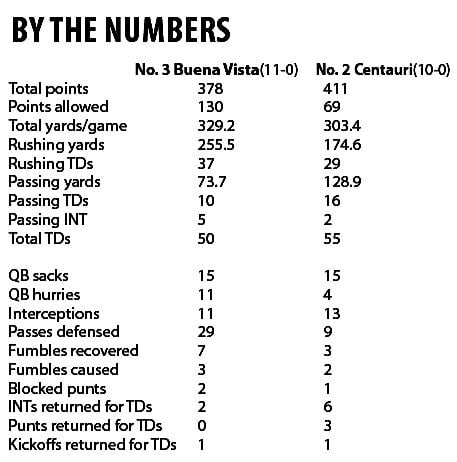 Second-ranked Centauri has outscored its opponents 41-7 this season based on a balanced attack and big-play opportunism.

“Centauri has a lot of athletes, the most we have played against,” Demon coach Matt Flavin said. “They also have experience with pressure in playoffs.

“Our guys have experience in being down and fighting back. I will take that every time,” Flavin said.

Where No. 3 Buena Vista has 1,000-yard rusher Haden Camp at quarterback, the Falcons have a 1,000-yard passer in Byron Shawcroft (12). He completes 70% of his passes for 1,109 yards and 16 touchdowns with just two interceptions.

“We will need to be very focused on technique on offense as well as being disciplined on defense,” Flavin said. “Special teams could also be a difference maker and will play a big role in the game this week, I think.”

The Falcons have rushed for 29 touchdowns, passed for 16 and scored 10 on returns, where defense leads special teams 6-4.

Centuari has run back six interceptions for touchdowns. Buhr leads the team with three picks, three other players have two each. Special teams have returned three punts for touchdowns along with a kickoff.

Claunch has accounted for 16 of Centauri’s 55 touchdowns, Brady 13 and Holman 9.

“All we can do is make every rep count this week and hope to get better,” Flavin said. “We need to push our limits and step outside our comfort zone to give a little more.”