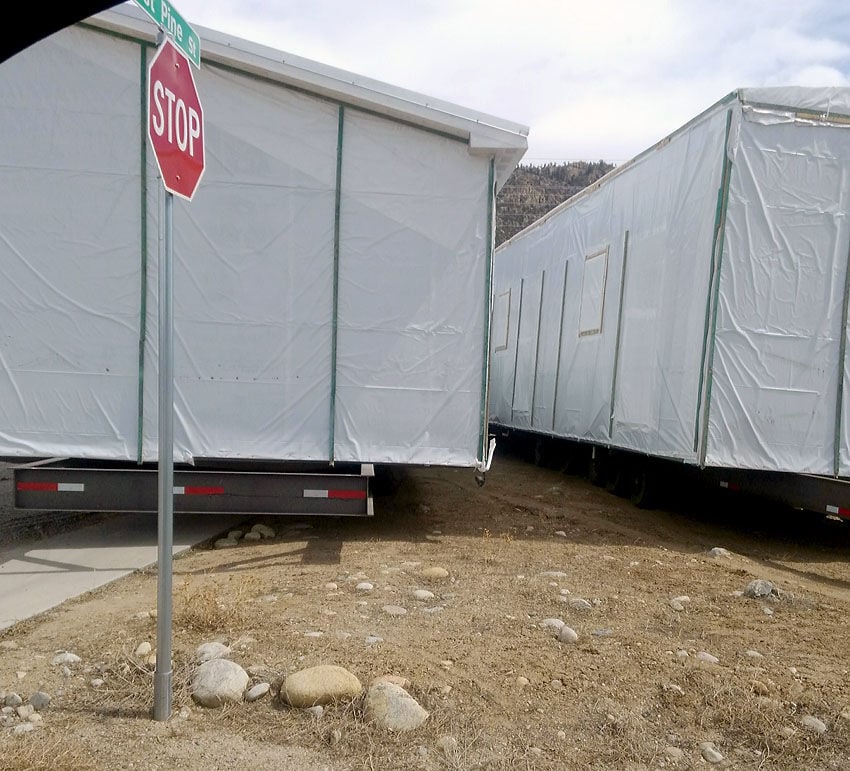 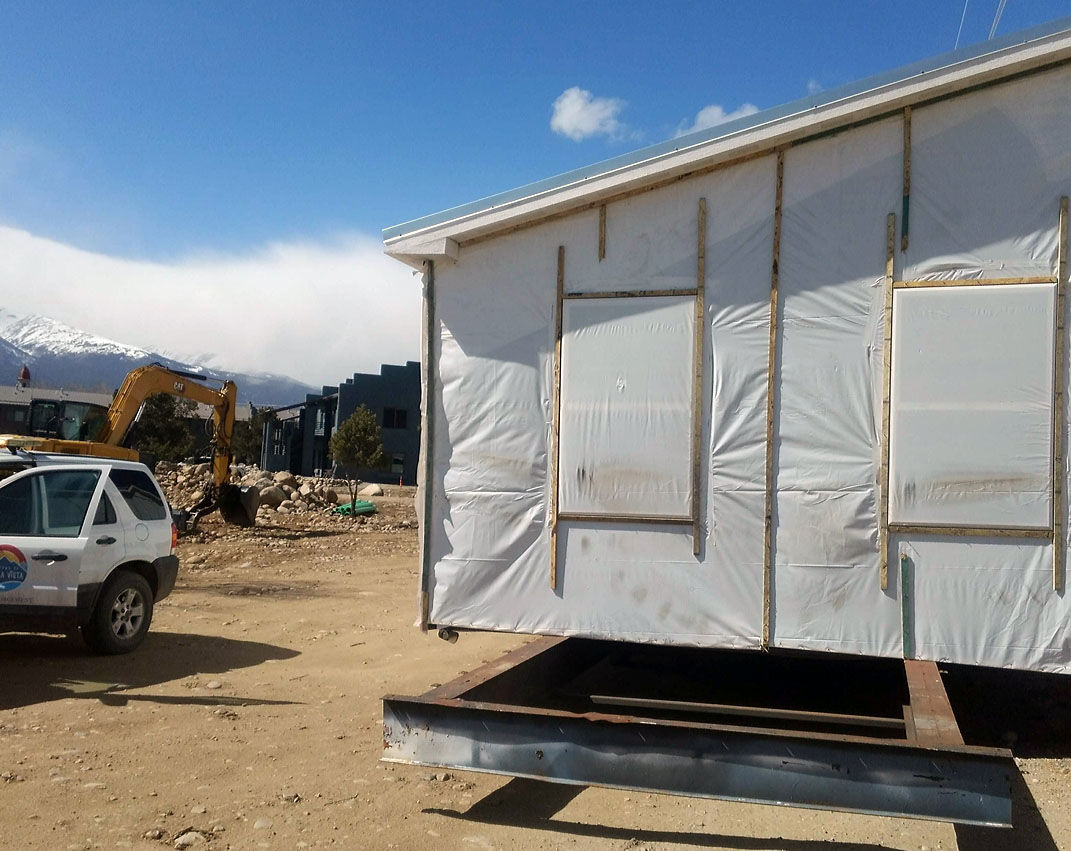 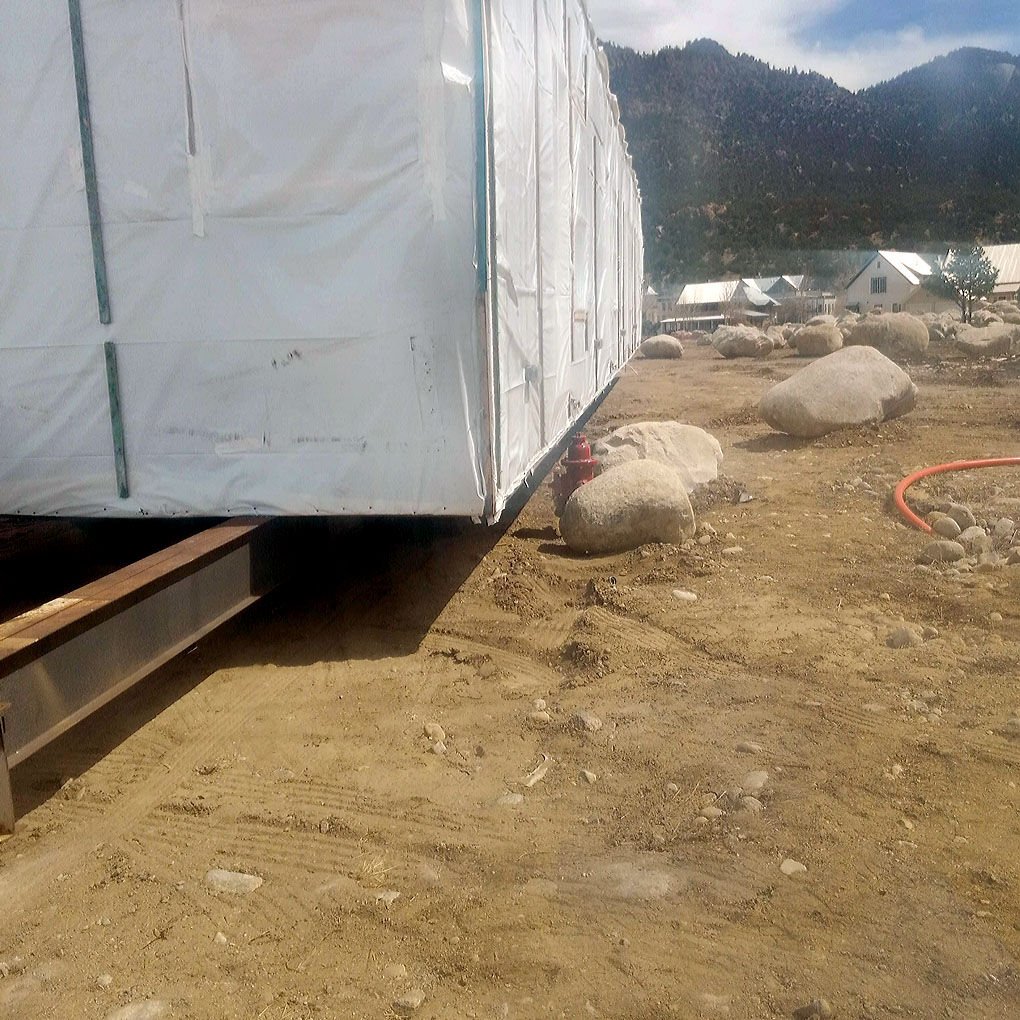 In a delivery gone sideways back in April, this modular home was placed inches from a fire hydrant, which caught the eye of town code enforcers.

In a delivery gone sideways back in April, this modular home was placed inches from a fire hydrant, which caught the eye of town code enforcers.

In what local contractor John Crum has come to call the Great Trailer Debacle, he was charged and fined for 20 of 24 code violations stemming from a single incident in early April.

It all started on April Fool’s Day, when a Bennett Truck Transport representative called town public works director Shawn Williams and left a message about dropping an oversized load in town.

Williams called back the next day and spoke with a different representative, who reportedly said that the four trailers loaded with modular home sections would in fact be taken to Leadville, where Crum’s family business Mountain Structures is headquartered.

On April 3 around 4:45 p.m., they arrived at their intended destination at Evans and Pine streets.

“I ran over to the site to show them what I was thinking for where to park them,” said Crum. “Unfortunately, Miles had closed the road east of Evans on Pine for sewer main work. So we lost a lot of space that I had planned to use.”

The Bennett Truck Transport representative Rhonda, who left Williams the message, said she did not recall the delivery.

“We deliver several houses every day,” she said. “Normally the dealer just tells us where to take them and park them.”

Working into the evening on the night before Easter Sunday, the trailers were unhooked. Williams made an appearance at the site and expressed concern about where they were being placed.

“Usually, both the contractor and/or the trucking company are working with us so we have a clear understanding,” said Bryans. “We had no prior notice for this drop.”

“After that conversation, I went to the fire department and drove the route to ensure that a fire truck could access the area. While there, we noted that the fire hydrant is covered to render that hydrant useless,” said Bryans in his incident report. “This again proved to me that this was a serious matter that required attention.”

On Tuesday, April 6, Bryans called Crum to report to town hall and receive a summons. That same day, ACA called Crum to inform him a loader was available to rent.

Crum left work in Leadville with a couple of helpers, signed his summons at Buena Vista Police Department and got busy moving the trailers.

“We got them moved away from the fire hydrant and off the sidewalk,” said Crum.

The rental equipment failed during the move, Crum said, and they weren’t moved to a final storage location April 6. Williams met Crum again at the site to discuss a proposal for a final storage location. Crum put this into an email at Williams’ request and sent it on April 8. The trailers were subsequently moved and stored until they were assembled into the four townhouse units near completion at the site today.

Crum reached a plea agreement with the town and paid $768.

Crum said he has moved on.

“For my part it’s way in the past and I don’t think about it anymore,” he said. “Just an unfortunate misunderstanding that took a swipe at my pocketbook.”