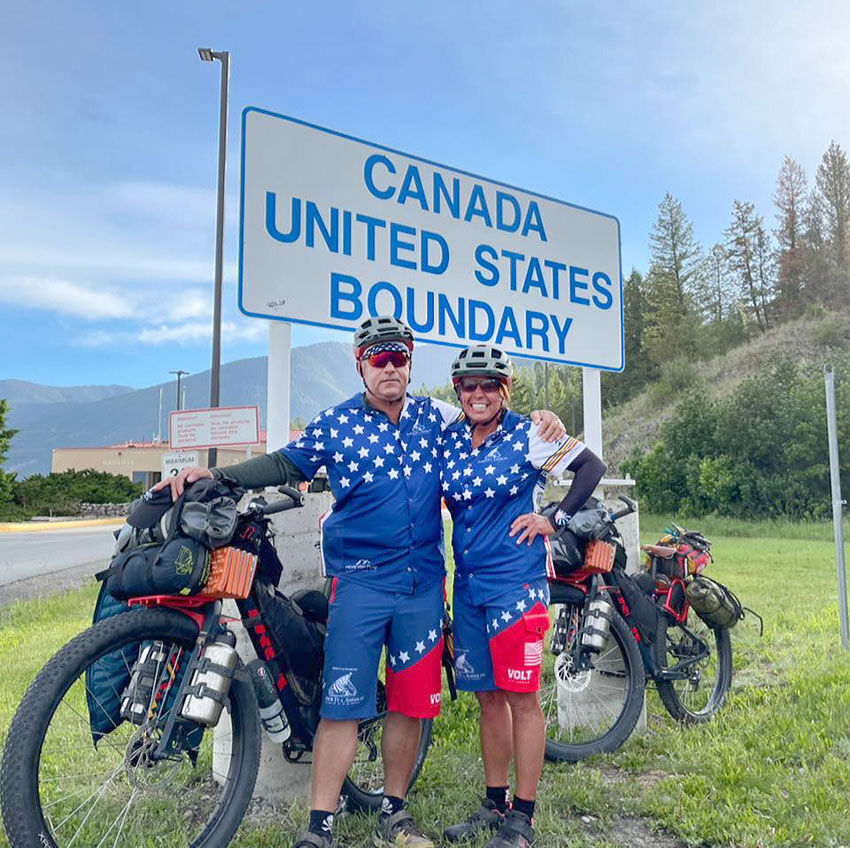 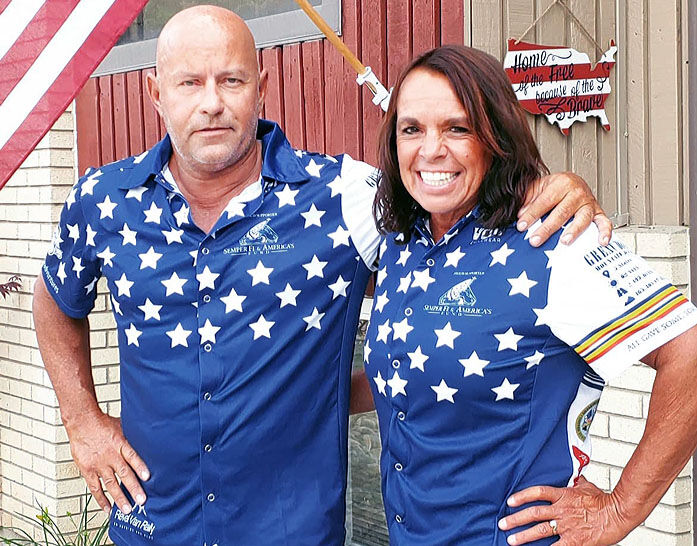 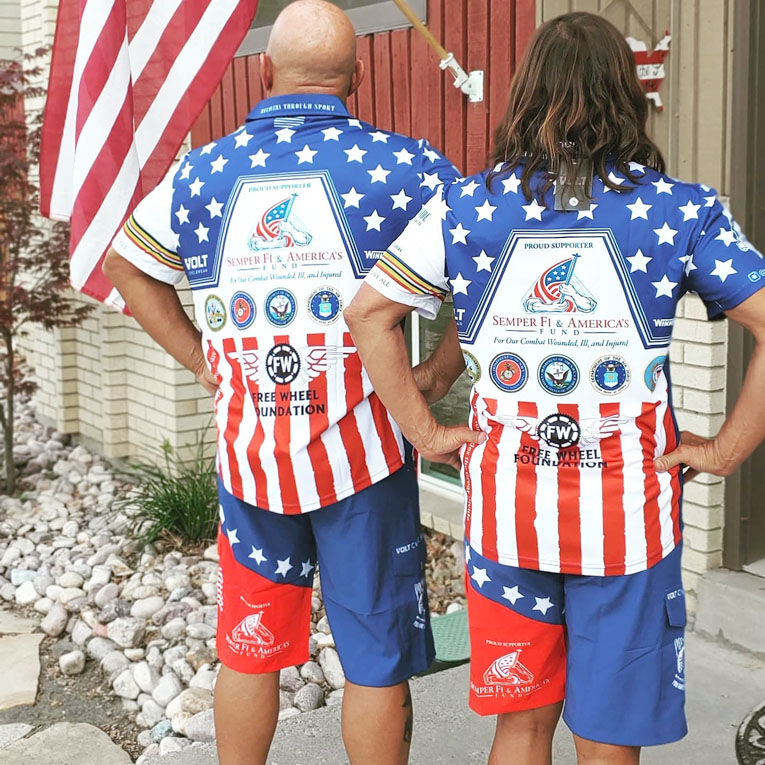 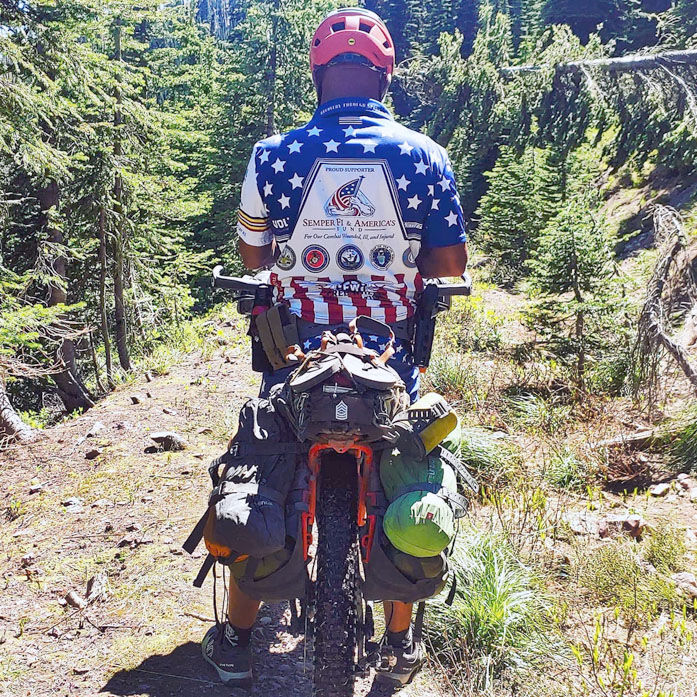 He is riding from Canada to Mexico with his wife to fund raise for Semper Fi & America’s Fund, a military nonprofit dedicated to providing urgently needed resources and support for combat wounded, critically ill and catastrophically injured members of the U.S. Armed Forces and their families.

According to a statements, Zenoni is 24 year USMC retired Master Sergeant that served honorably throughout the United States and across the world including 4 tours in Iraq, and deployments to Somalia, Haiti, Cuba, Liberia and numerous other locations.

He sustained multiple injuries and trauma during his term of service that required surgery and have resulted in a long road to recovery.

He was introduced to cycling as a form of healing and therapy through his connection to a wounded warrior battalion.

His fundraising ride on the GDMBR is intended to give back to Semper Fi & America’s Fund, the organization that has been so instrumental in his recovery while also improving his own health.