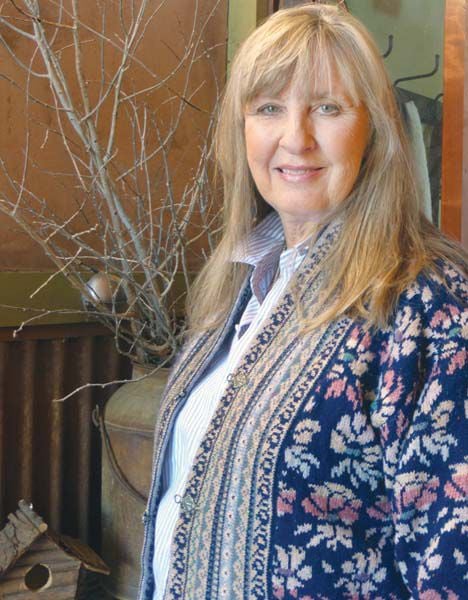 Jan Thoreen Lewis continues to serve the Chaffee County Council on the Arts after more than 30 years involvement with the group. 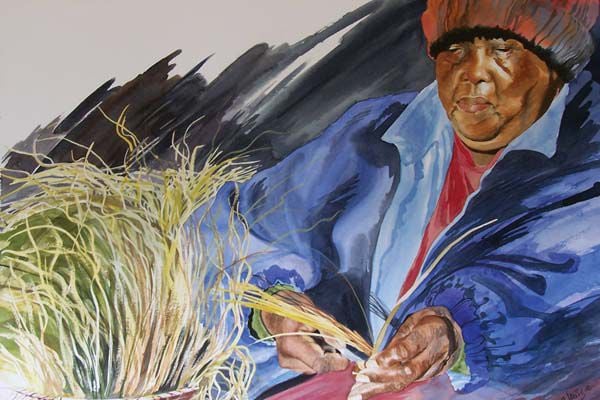 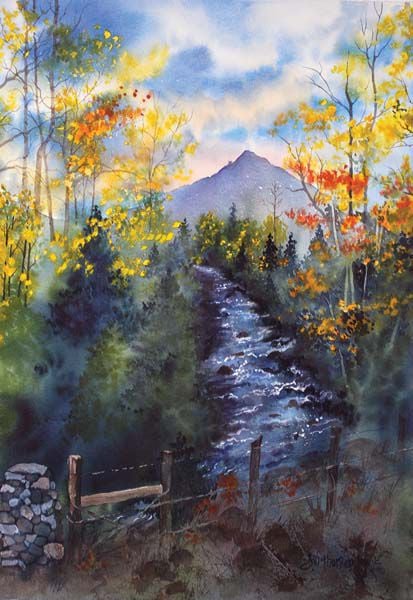 Jan Thoreen Lewis continues to serve the Chaffee County Council on the Arts after more than 30 years involvement with the group.

Self-expression is a driving force for any artist. Combined with inspiration, it really begins to take form.

“One of my goals is for people to experience how much God loves us, the people He has created, and expresses that through nature,” says Jan Thoreen Lewis.

“Things like clouds, sunrises, sunsets, fall days, vast meadows, farms, thunderstorms – all of these things inspire me and I just love them. I also love painting people and animals. All of creation just fascinates me, and I find it an endless source of inspiration. I think that is probably the greatest joy, that I get to communicate to people who look at my work the delight that I see, that I experience in beauty.”

Growing up in Pasadena, Calif., Lewis always had an interest in art. She studied graphic design in college at California State University, Long Beach. She also chose watercolor painting as a prerequisite class. She enjoyed the class so much that it went by in a flash.

“I found I had a knack for it,” she says. “It just came to me very naturally.”

Lewis was introduced to the Colorado mountains through Young Life when she was 15. She started out as a camper. Immediately, the area felt like home to her.

She later met Virginia Carpenter, the buyer for all Young Life stores, at Silvercliff Ranch when Young Life still owned it. She started working as Carpenter’s assistant during the summers. For 2 years, she also worked at Frontier Ranch, running the snack bar and painting signs.

Here, she met her husband David, a camp counselor.

After their marriage, the couple spent 3 years in Illinois where David finished his Master’s degree. Meanwhile, Lewis became the staff artist at an international relief organization. “I did all of their graphic design work and communication brochures,” she says.

That work carried over with them as they moved back to Buena Vista.

Having also studied sign arts and calligraphy in college, Lewis continued sign painting outside of Frontier Ranch. Rather than use laminated designs, she did her sign painting entirely by hand.

Logo design was also among her crafts. “Shortly after that, after my experience of learning my craft, things became computerized, and I quickly became a dinosaur in the field,” she says. Rather than relearn everything, she transitioned to fine arts in 1978, especially to watercolor painting.

When her first child was still a toddler, she got out her old art school supplies and began painting. She entered her painting into the first show held by Chaffee County Council on the Arts over 30 years ago.

“I fell in love with (painting) at that time and really started expanding my involvement in it,” she says. “I attended some wonderful workshops by some well-known water colorists and ventured out into some new techniques that I eventually mastered and made a career out of.”

Over the years, a few paintings have held a very special place for her. One she did a couple of years ago became a favorite in part because of a new technique she applied to making it. The painting depicts the view of a mountain peak from Cottonwood Pass, looking up the creek from the road. It has been shown in a couple of places, including the library.

A second favorite painting came from inspiration she found while visiting a friend in South Carolina.

“In South Carolina next to the highways, you will see booths of people weaving these beautiful sweet grass baskets,” says Lewis. “One day, I went for a drive by myself and I stopped and watched this woman weaving her baskets. Her name was Mary Smith. We had a wonderful chat, and she was this beautiful, glowing black woman and I really connected with her. I took a ton of pictures – she was very gracious to let me do that – and I bought a basket from her. I did a painting of her weaving one of her baskets, and it’s called ‘Sweet Grass Mary’.”

Using it as a challenge to push herself out of her comfort zone, Lewis plans to include oils among her art media.

“I really love to draw,” she says. “I love working in charcoal and crayon and chalk, but there’s not a whole lot of market or interest in that. So what I’m excited to do is use my drawing skills with oils. It’s kind of an unusual technique that I haven’t seen before, and I’m excited to try it.”

Lewis runs her art business from her website, janthoreenlewis.com. In January, she plans to refresh her website with new work and new branding.

Communication will increase via newsletters and blogs. Her work will become more available to those following her activities online, including projects not yet introduced to the public in shows.

For a year and a half, Lewis served as president of Chaffee County Council on the Arts. She delighted in working with the other artists and supporters, putting on shows and especially helping out new generations of artists and art lovers.

Last winter, however, her husband’s health concerns made it harder for Lewis to focus on her responsibilities. Some women came along with new vision and energy and encouraged her to focus on taking care of her husband more than running the council. She agreed, and one of the women became president in her place. Lewis is still on the council board as a member at large.

“Probably one of the biggest challenges is helping a new generation of young artists and supporters come along and feel and understand how much support Chaffee Arts can give them as an organization in their careers, and in helping them to show, sell and be known and recognized as artists,” she explains.

WHAT DID YOU WANT TO BE WHEN YOU WERE A KID? An artist.

FAVORITE QUOTE “Our deepest fear is not that we are inadequate. Our deepest fear is that we are powerful beyond measure. It is our light, not our darkness, that most frightens us. We ask who am I to be brilliant, gorgeous, talented, fabulous? Actually, who are you not to be? You are a child of God. Your playing small does not serve the world. We are born to make manifest the glory of God that is within us. And as we let our own light shine, we unconsciously give permission for other people to do the same.” – Marianne Williamson.FAVORITE FOOD Swedish cardamom bread.

FAVORITE SMELL My grandchildren’s skin after they’ve had a bath.

FAVORITE MUSIC Piano and cello together.

WHAT I LIKE BEST ABOUT BUENA VISTA The small-town life.