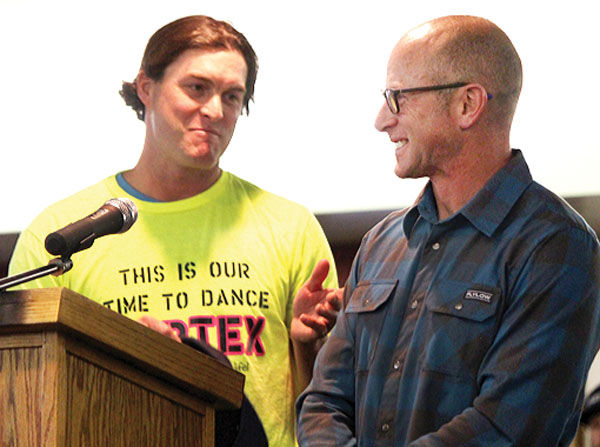 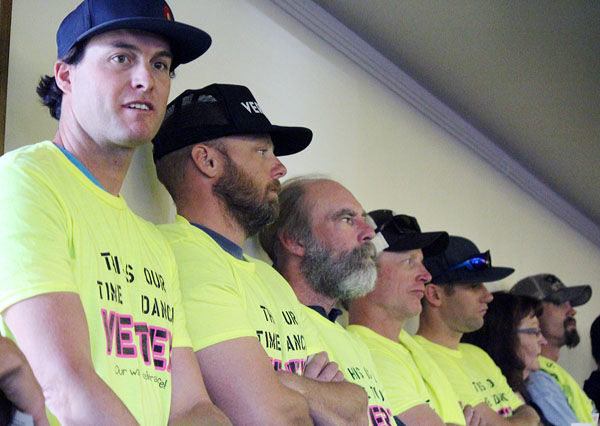 The proposed festival would again take place during the first weekend of August and will occur at the Meadows Farm, just outside of Buena Vista.

Before commissioners approved the SUP late in the evening, following 5 hours of public comment and staff deliberation, the board imposed several conditions including an earlier music curfew Friday and Saturday night, a lower decibel level and will require Madison House to sign and follow a memorandum of understanding with the town of Buena Vista.

Madison House festival director Michael Sampliner said the future of the festival was contingent upon commissioners reaching a decision Monday night, noting the festival was already in deliberations with musical acts and would need to get back to them within the week.

“Unfortunately we do need to have this decision tonight,” Sampliner said. “We have a number of contractional offers already out to talent and we have to get back to them. Beyond this date, we are no longer able to successfully organize the festival.

“Any kind of sustainment or pushing forward this decision is the same thing as saying no to us for 2017.”

“It seems to me in all this testimony that it’s either Vertex or nothing. Are you the only music promoter in the world?” Commissioner Dennis Giese asked Sampliner in regards to their need for a decision that night.

“No,” Sampliner responded. “But we’re the only one with enough accommodations, enough passion and enough insanity … to take a labor of love and turn this into a great site.”

Following the commissioners’ decision to lower the decibel level for the festival to 85 dBs, Sampliner said that level would be difficult to adjust to.

“If we had to play at 85 dBs, you’re taking out the concert experience,” Sampliner said. “It’s a level at which you would feel like you were in a living room, as opposed to a concert experience. It’s really untenable in any kind of way to put on a show at an 85 dB limit,” Sampliner said, before telling commissioners Madison House would need time to deliberate on the proposed conditions, especially the adjusted decibel levels, before determining if they would move forward with the application.

“We are weighing all of the conditions the county placed to see if we can make it work. We are working through those scenarios now,” Sampliner said Tuesday morning, noting Madison House would likely make a decision on the future of the festival sometime this week.

During the nearly 3 hours of public comment, the divisiveness across the town and county stemming from the 3-day festival was widely evident.

On the other side of the aisle, residents opposed clapped and cheered following criticism of the festival.

“So far what has been accomplished is bringing the tension and animosity between the old and the new to surface,” Morgan Mahala said during comment.

“The relentless arguing and name calling is not Buena Vista. To move forward we have to push selfishness aside, we all have to give a little something up and get to know each other better,” she said. “We need to use this time as an opportunity to come together and honor the values and integrity of a community that’s truly BV Strong.”

Earl Richmond read a letter from Gov. John Hickenlooper stating his support for the festival.

“I’m aware of the challenges presented by events of this size in mountain communities, the noise, additional visitors, vehicles and disruption can be difficult to manage. I sincerely support your efforts to continue permitting this event with the expectations that all parties involved will respect the need to make this event a treasured part of the community by addressing community concerns,” the letter stated.

Those in opposition of the festival stated several notorious issues, mostly related to drug use on the festival grounds and multiple drug busts related to the festival, noise and light disturbances and the 1:30 a.m. curfew Friday and Saturday night.

“Neighbors don’t come in and make it impossible for other people to live in their homes,” Paul Rauschke said.

River Runners manager Eileen Peterson said business increased 30 percent during the festival weekend and said he was in favor of renewing the event for next year.

Mark Waite and his wife are the proprietors for Buffalo Peaks Bed and Breakfast, near the festival grounds, and said their business took a financial hit because of the festival.

“It isn’t a success for everybody. It does affect lives and it affects pocket books,” Waite said.

Chaffee County EMS director Josh Hadley expressed several issues with Madison House’s emergency operations plans and procedures from this year’s festival, including problems with dedicated access around the venue for emergency staff, an understaffed medical tent provided by Madison House and issues with transportation of patients inside of the festival grounds.

“We feel that being the lead on the response side of things is imperative,” Hadley said about Madison House’s request to hire independent contractors.

Sampliner said Madison House would feel more comfortable if they were responsible for medical liabilities.

“If they’re going to be the one that takes the liability, they ought to be the one to make the decision,” Giese said. Commissioner Frank Holman agreed.

McGuire also said Madison House would need to do a more thorough job of inspecting vehicles for drugs when entering the festival grounds.

“Drugs are a deep concern … this needs to be better organized for the search of vehicles,” McGuire said.

Sampliner pleaded with commissioners to keep the curfew hours the same as last year, noting it was for the health and safety of concert goers and town residents to keep the grounds contained late into the night.

“This audience is going to demand a full evening of entertainment all the way into the night and if we don’t provide that, they will come into the town,” Sampliner said.

Just curious why there was no mention in the article about the EIGHT HUNDRED FORTY THREE BUena Vista area residents who signed a petition against Vertex? That seems pretty relevant to me! Also, the "compromise" of lowering the dBa from 105 to 85 was hardly a compromise. There were only six times at the Vertex concert where 85 dBa was recorded and four of those were 86 with the other two 88 or below, and those levels were too loud. What about he ad hoc committee formed to formulate a dBc level (Essentially the bass noise), and submit their recommendation to the BOCC and MH? We don't even know what that level will be but MH asked for 118, like Red Rocks. How about the fact that Dennis Giese, at the end of the first public comment session after Vertex, apologizing to the citizens of Buena Vista for voting in favor of it to begin with, saying he should have vetoed it, then making the vote unanimous in favor of a renewal at this meeting? It is clear that the majority of the citizens of BV were not heard nor represented by our elected officials.