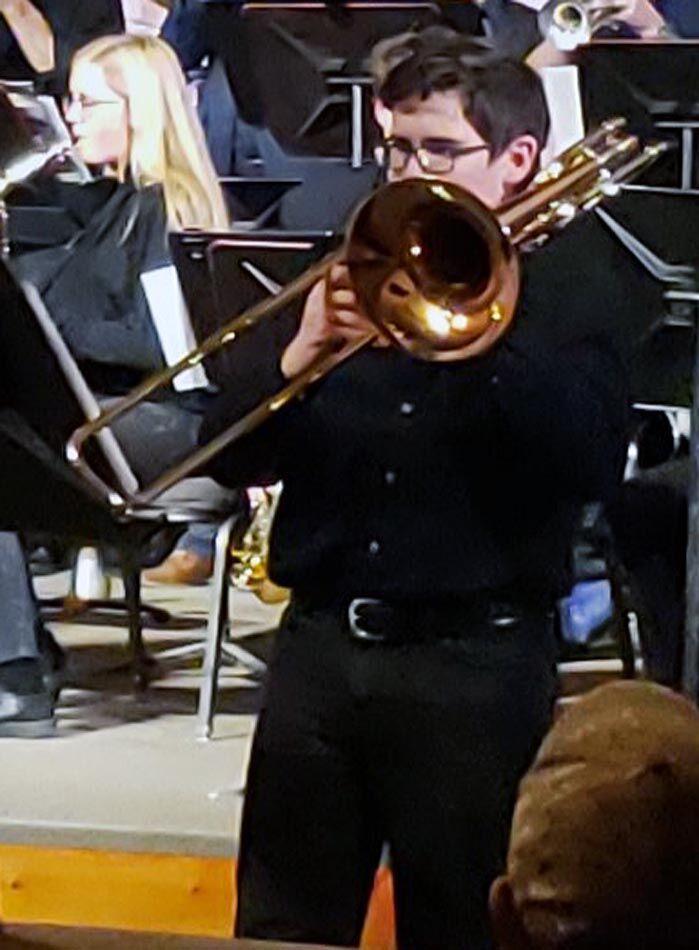 Josiah Wertz performs on the trombone with the Honor Jazz Band in November 2019. 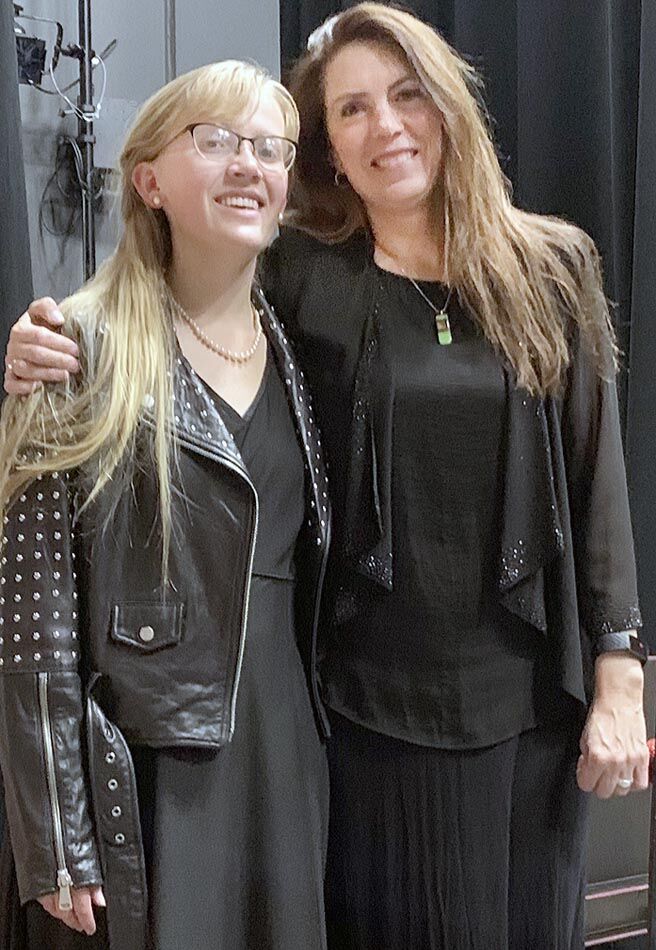 Josiah Wertz performs on the trombone with the Honor Jazz Band in November 2019.

In addition to senior Malachi Little earning a spot on the All-State Jazz Band, senior Elena Dunn and sophomore Josiah Wertz will be performing in the All-State Concert Band.

Dunn will also be singing in the All-State Choir, along with junior Liz Cunningham and senior Calvin Tattershall.

This is Dunn’s third consecutive year entering the All-State Concert Band with her clarinet, a feat she is proud of.

“I would have been pretty upset with myself if I hadn’t made it in this year, but I did,” she says. “It’s the results of 6 to 7 years at this point of practicing and commitment, and I feel like it’s a really good way to showcase what I can do.”

The summer before she started sixth grade, Dunn wanted to try out the French horn. She brought one home to try out, but she found the instrument didn’t work out for as well as she would have liked.

She went to the band room that summer and switched out the French horn for a clarinet.

“I don’t really remember why, but I did,” she says. “And then the clarinet, it just immediately clicked with me, so I stuck with it.”

“We’ve performed a lot of really cool stuff,” Dunn says. “Mrs. Bott picks really cool music for us to play. All of the jazz music we’ve played, I’ve liked all of it. As for concert band, I like the songs with really hard woodwind parts that just involve a lot of runs and scales going up and down. That’s where I have the most fun.”

Wertz made it into the All-State Concert Band for the first time on three instruments: Bass trombone, euphonium and tuba. He also auditioned on the trombone.

“I am overjoyed. I put many hours of practice into the music for the auditions and I am so happy it paid off,” he says.

Wertz’s dad was experienced with a euphonium, and as they had one already, he decided to learn to play it himself in 2016. He included the trombone and tuba in 2017 and 2018 respectively at the suggestion of his band teacher, Marti Bott. He also plays the electric bass and the kalimba.

Wertz says he is “reasonably comfortable” with live performances, which can also be fun, as long as he feels he’s gotten in enough practice.

Among his favorite pieces to play are Jean Baptiste Arban’s ‘Carnival of Venice’, Gustav Holst’s ‘Second Suite in F’ and the Dan Cervone arrangement of ‘Caravan’ by Duke Ellington.

Dunn has been singing since around the age of 7 or 8 but due to performing in band in middle school, she didn’t join a choir class until her freshman year. As with her bands, she loves the music that her choir teacher, Tanner Oharah, chooses for them to sing.

Singing or playing an instrument for an audience tends to be much easier for her than other things like giving a speech.

“I still do get nervous sometimes when I just have to perform, but I just remind myself that the only person I have to impress is myself. If I do that, I can’t go wrong,” she says.

“With that audition, thousands of kids do it every year, and I think only a few hundred make it in.”

In early December, students sent in recordings of their auditions for the All-State Concert Band.

Here, Dunn had to play some scales and two solo pieces given to her to learn. While a very selective process, she says auditioning for some instruments like the clarinet can be easier than for others due to the number of open positions in the band. For instance, the clarinet players are formed into three groups ranging from six to eight members, whereas the bass trombone that Wertz plays allows for only three musicians.

For Wertz, the auditioning process presented a reasonable challenge by forcing him to do everything in a single take.

“I recorded the whole thing for each instrument multiple times then chose the best ones to submit. The two octave major scales on trombone and tuba tripped me up the most because I tended to go too fast,” Wertz said. “The etudes were fairly advanced, with the tuba piece being the most difficult. The second excerpt for euphonium and trombone was a close second, with very high notes and sudden dynamic changes. The first bass trombone etude was the most fun to play, with fast rhythms and close slide positions.”

Dunn hopes to minor in music in college while pursuing another degree and wishes to stay involved in any ensembles for band or choir, as well as theater.

Wertz has been gaining musical experience not just with his high school but also by performing with the Alpine Orchestra and the Jazz Merchants Big Band. He’s considering majoring in music performance.