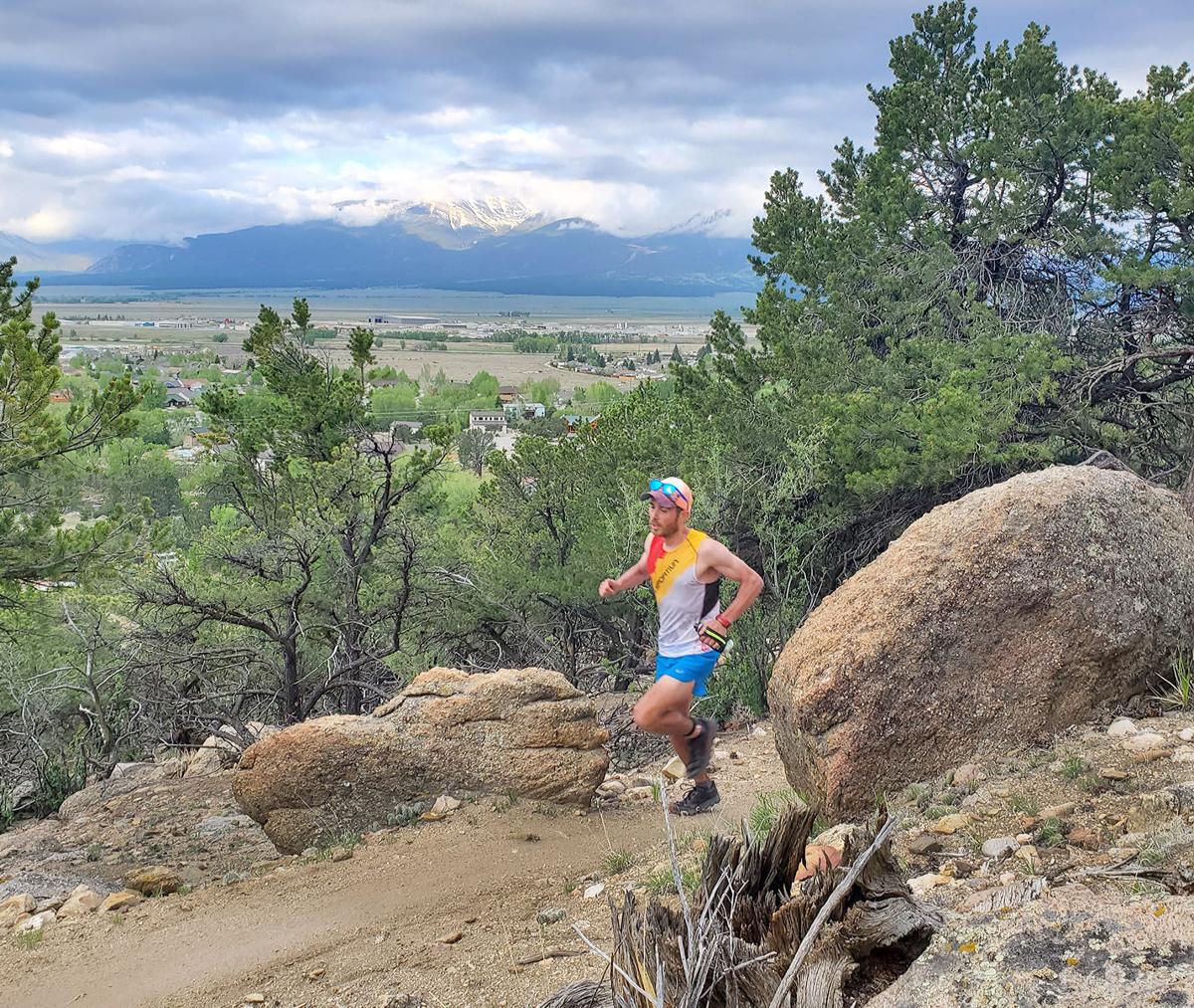 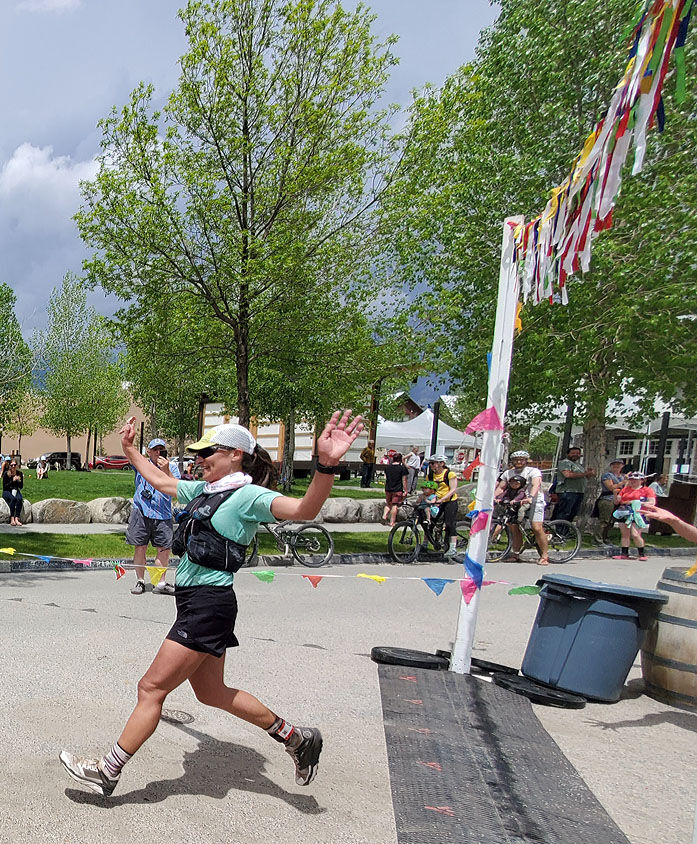 Raquel Harper crosses the finish line back at the South Main Square to win the women’s marathon race. 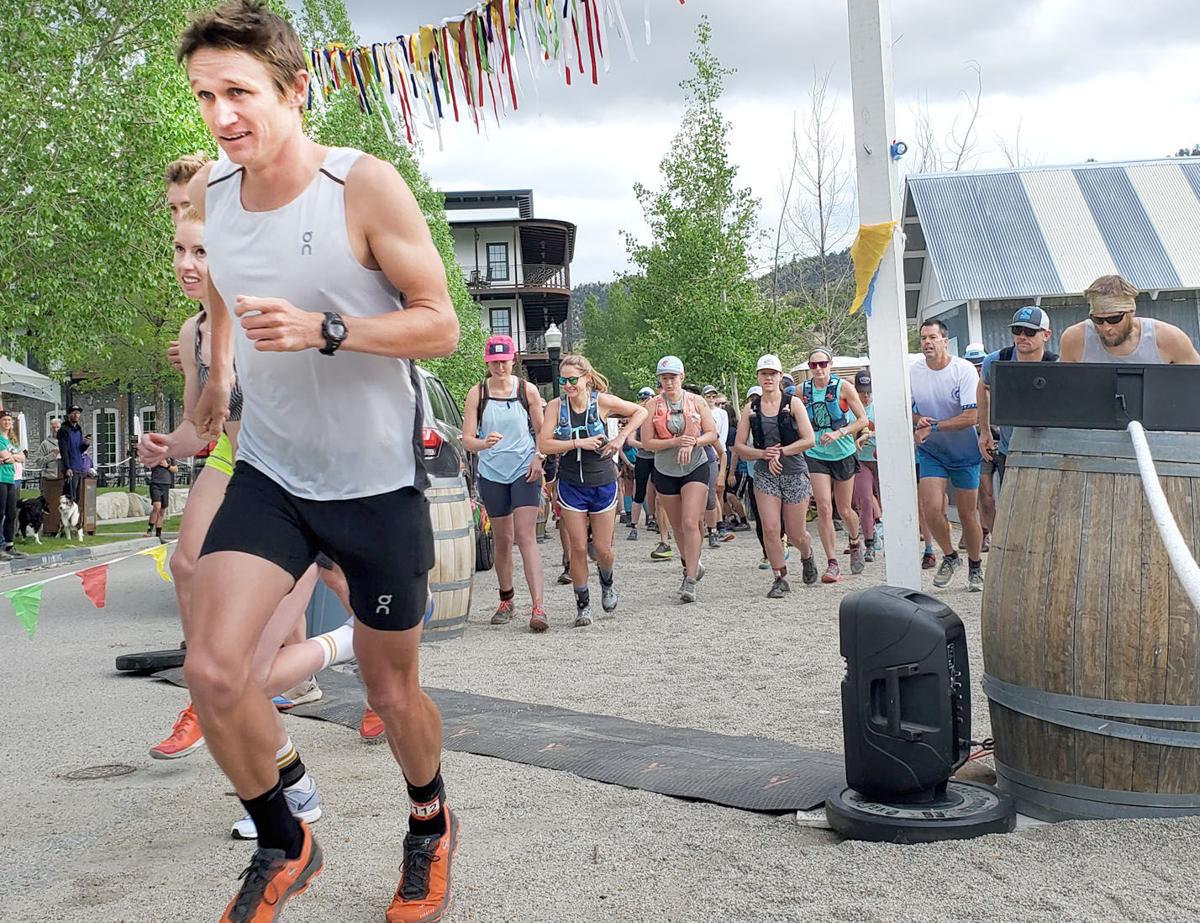 Raquel Harper crosses the finish line back at the South Main Square to win the women’s marathon race.

Competitors came from all over the state, as well as a few from farther afield, from places like Austin, Texas, and West Palm Beach, Fla.

“It was awesome. I grew up in Leadville racing cross country,” Alex said. “I did the Collegiate Peaks before but I’ve never done a quick and dirty technical one like that, and that’s what I like.”

“It was good. It was tough. This is by far the most technical race I’ve done,” said Sierra.

When visiting Buena Vista, the couple enjoys spending time at South Main and exploring the area around Mount Princeton Hot Springs and Saint Elmo. In their hometown of Leadville, Sierra said, “I love exploring Point-to-Point, so running over Mosquito Point over to Fairplay is one of my favorite things to do.”

First prize in the half-marathon went to Eli Hemming, a 26-year-old triathlete from Louisville. He won his first trail race in 1:32:09.

The marathon winner was Dean Abel from Woodland Park in 3:41:34. Abel took a commanding lead within the first few kilometers and held it for the entirety of the race, leaving it all on the course before briefly collapsing just past the finish line.

He said the trails were “awesome — very flowy, very mountain bikey, lots of banking turns. I liked it. I love BV. I normally spend 2 or 3 days, a weekend a summer out in BV.”

He said he comes for the fourteeners and completed the Nolan’s 14 ultra-endurance challenge last year, reporting 14 summits from Mount Shavano to Mount Massive in under 50 hours. The Spirit Trail Race was his sixth marathon.

Raquel Harper, from Erie, took home the marathon first prize for the female division in 4:48:52. Her prior racing experience includes several marathons and longer-distance races such as the Leadville 100.

“Those trails were amazing. That was an incredible course. Super fun,” she said.

The Spirit Trail Race was produced for the first time this year by Run Beyond, an organization which at this time produces three events per year in Colorado and Texas and coordinates training programs for athletes.