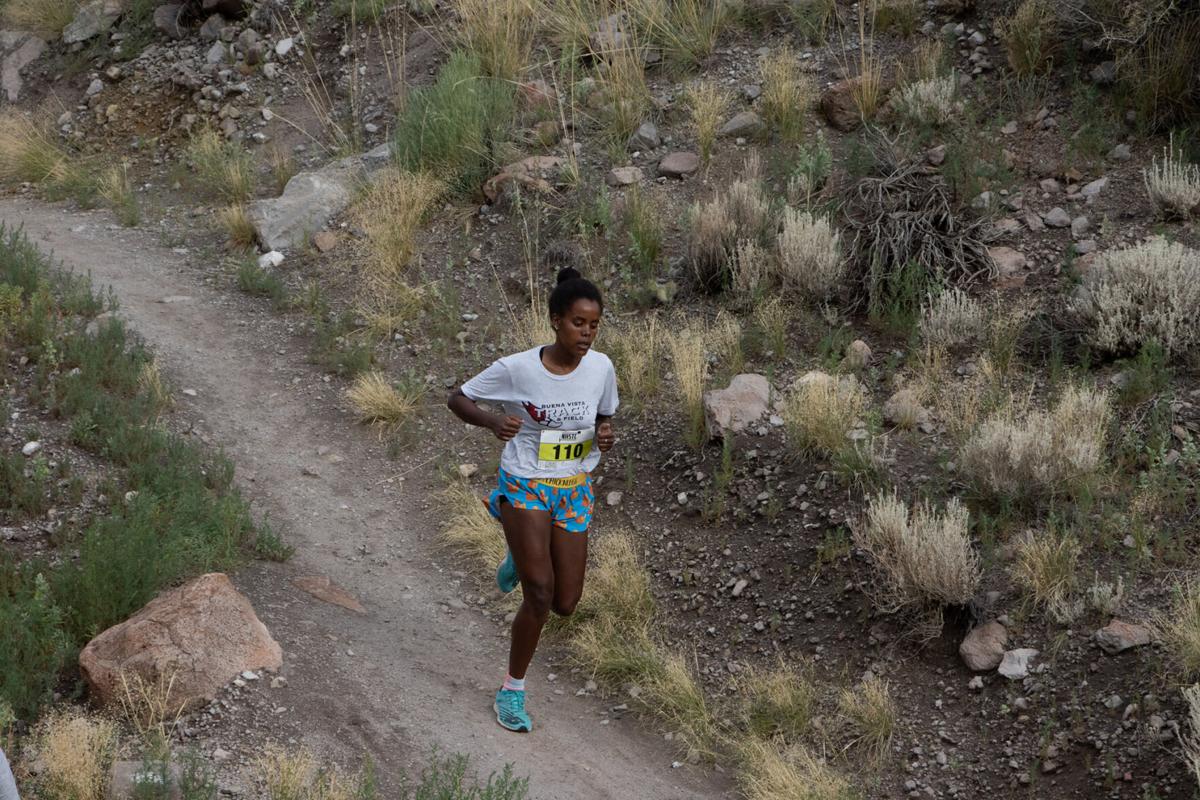 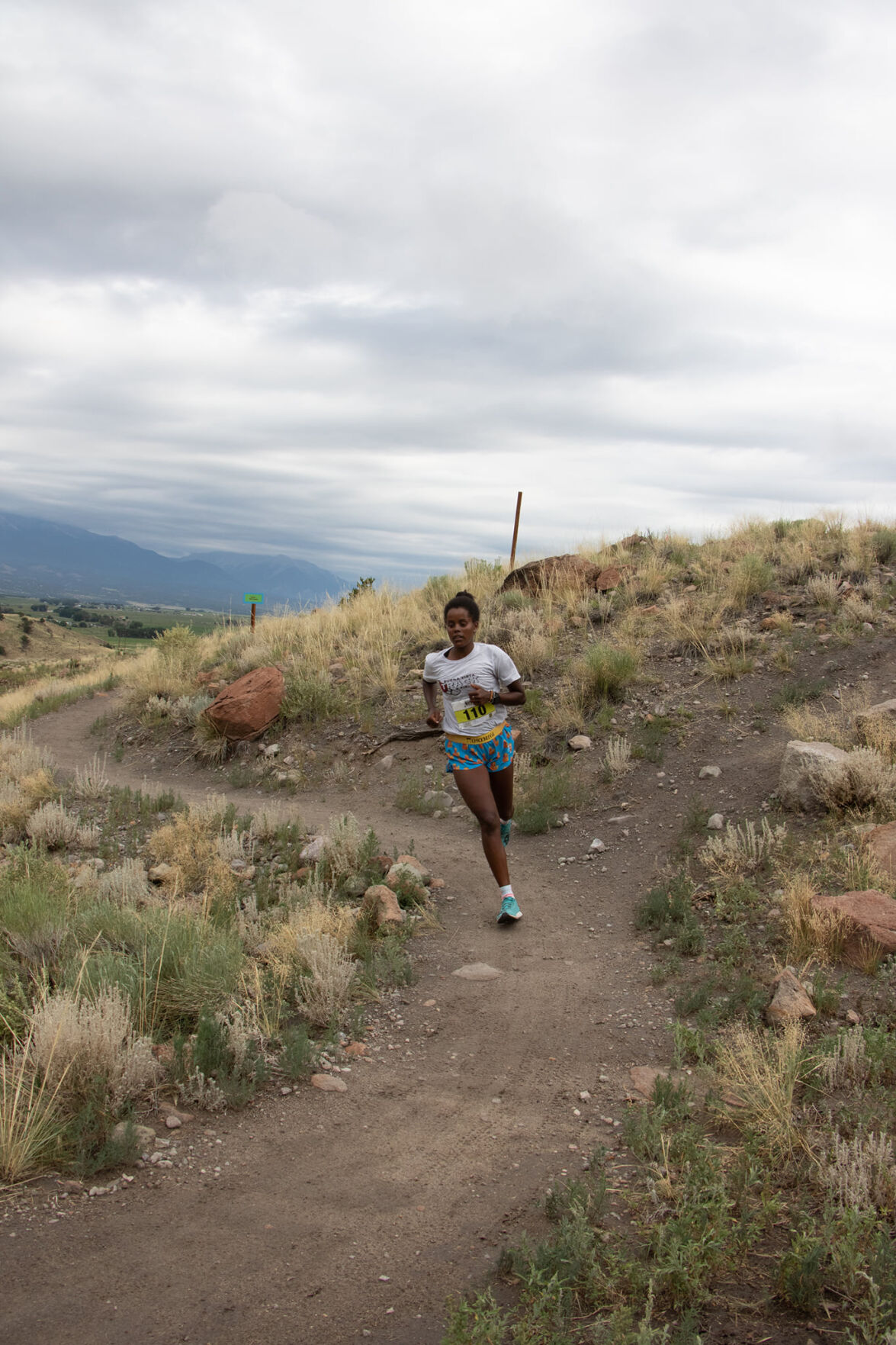 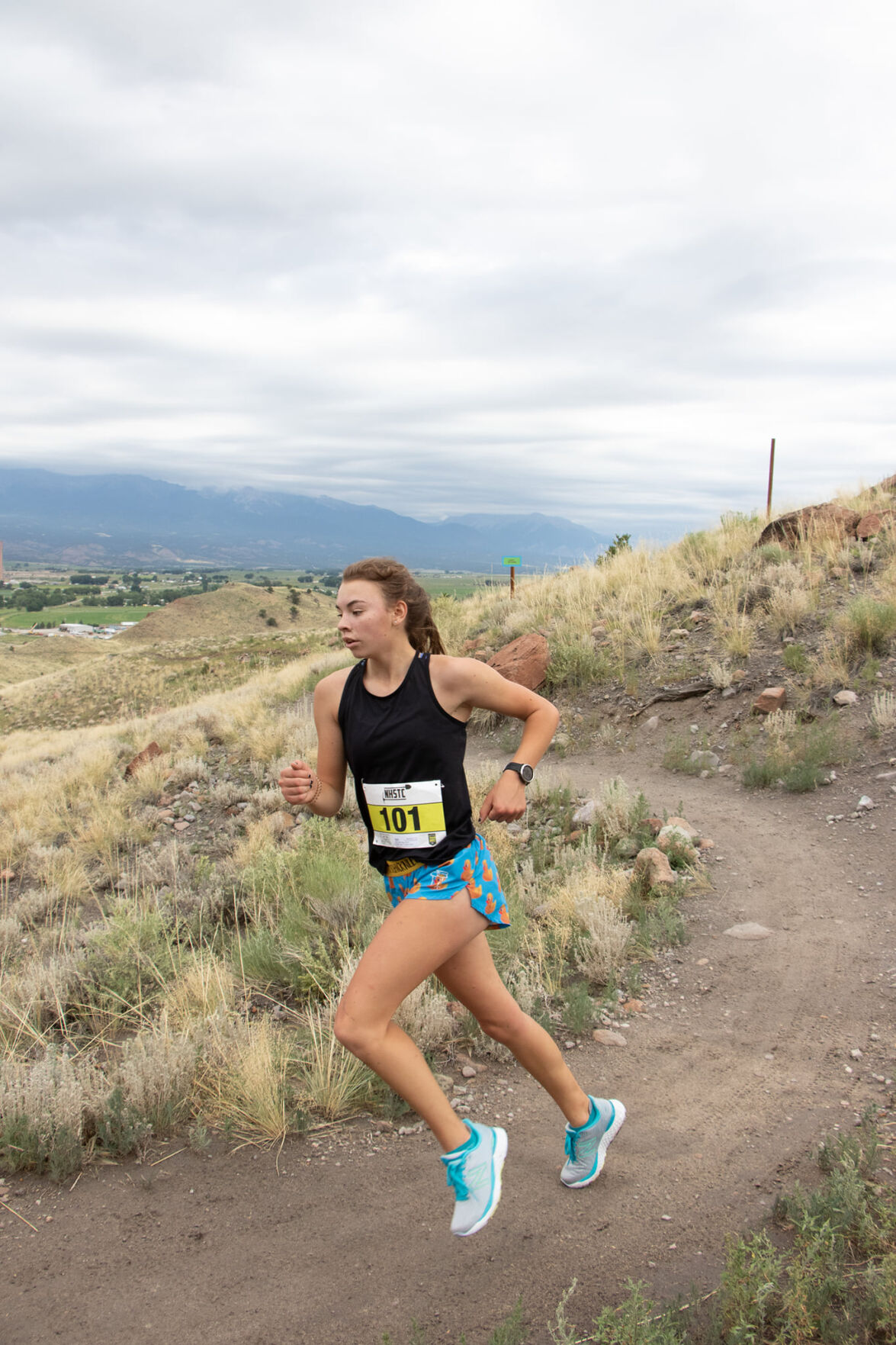 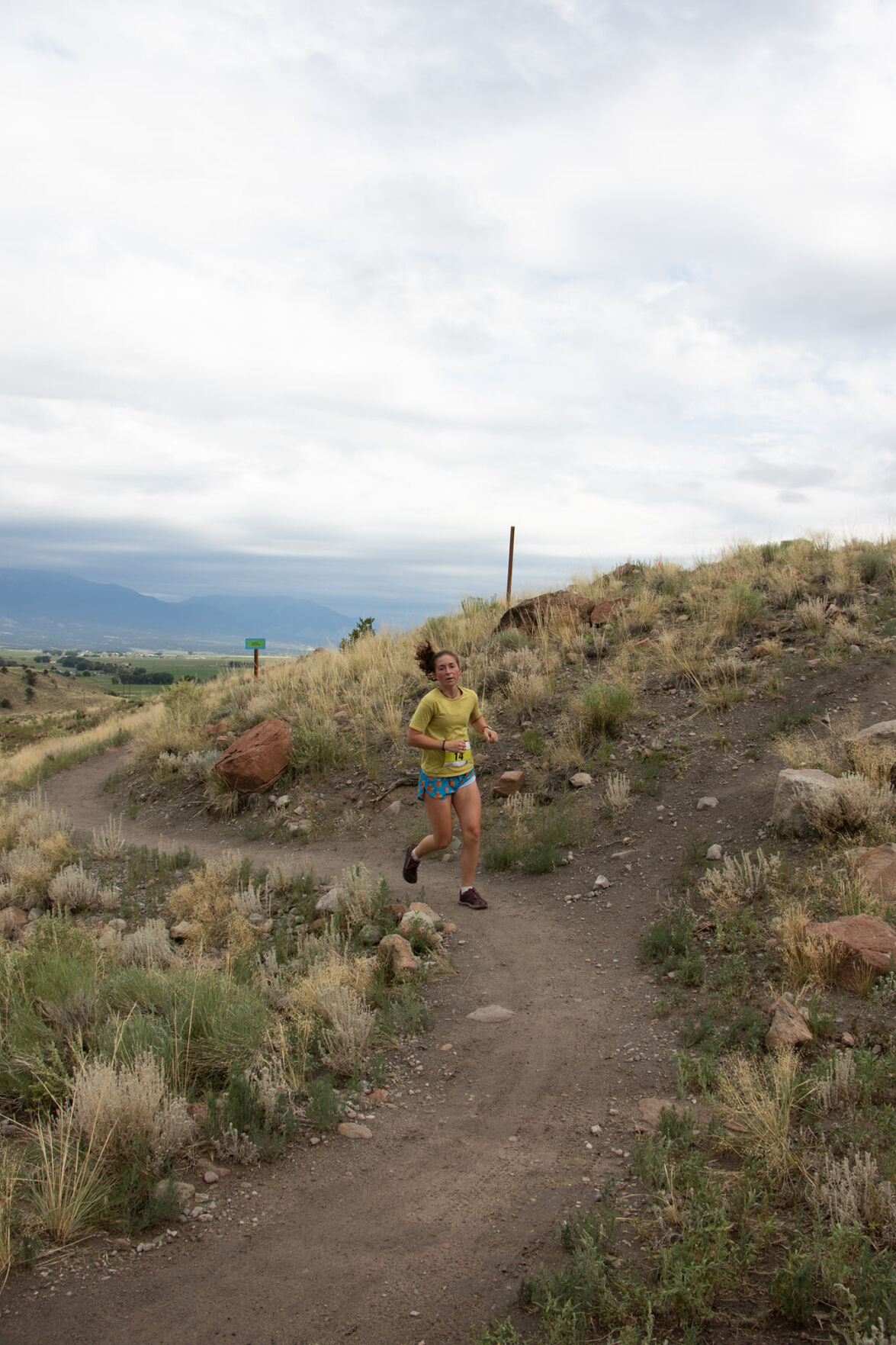 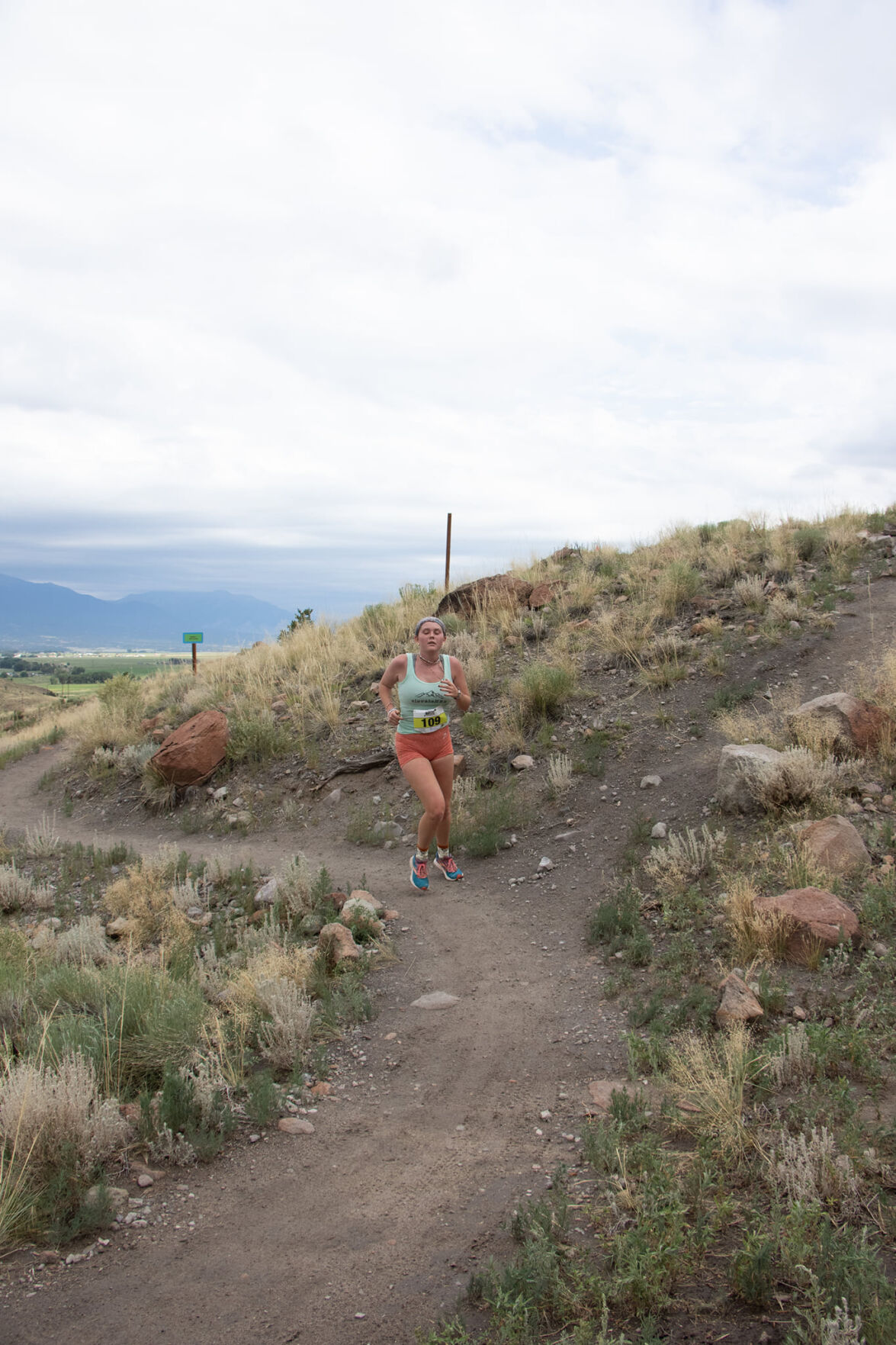 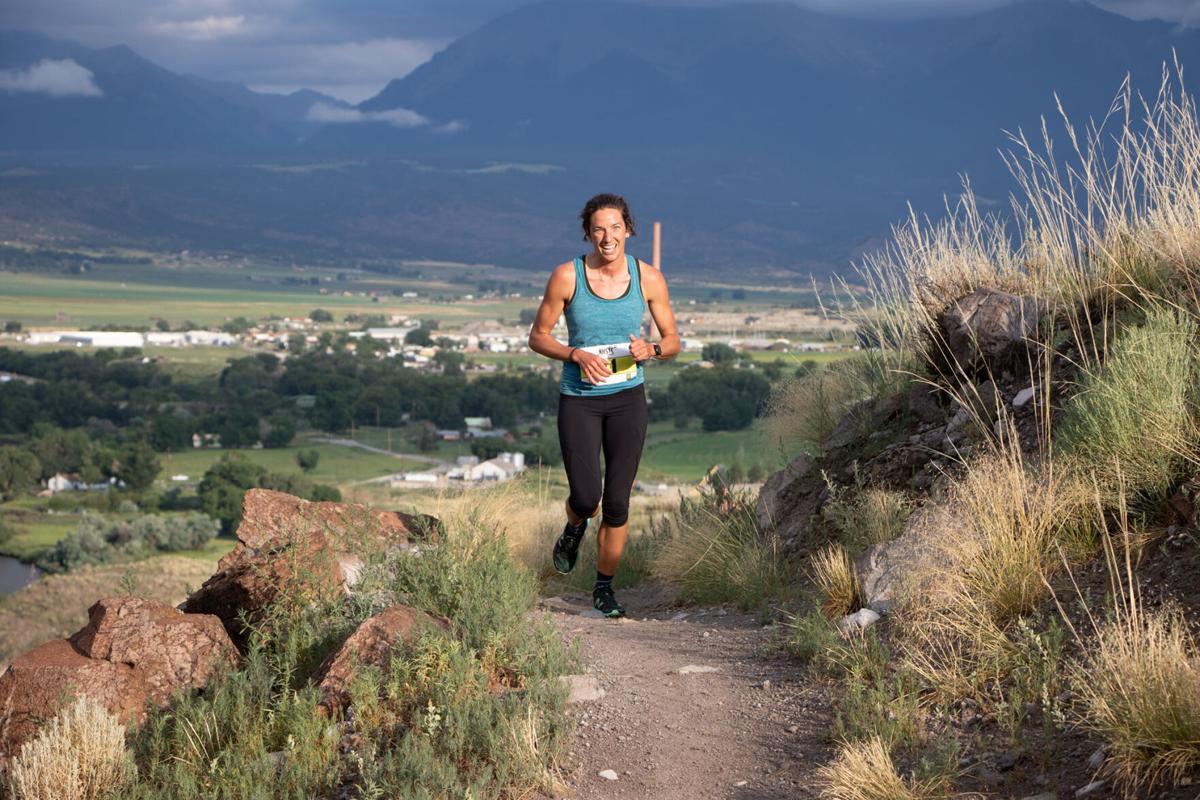 The National High School Trail Championship race came down to a photo finish for the boys, as brothers Sullivan and Porter Middaugh raced across the finish line just 0.02 second apart, with Porter diving forward trying to beat his older brother.

In the girls’ race, Aubrey Surage, 18, from Lewis-Palmer High School in Monument, broke the girls’ course record by just a few seconds, with a time of 37:28.68.

The race course was 5.4 miles through the Arkansas Hills Trail System. It began on the north side of the F Street bridge and finished in Riverside Park.

The experience was more than worth the effort, BVHS cross country coach Julia Fuller said.

“It is always so fun to get out there and run with other high school athletes especially in the offseason. We get to see another level of dedication and fun in off season training and competition,” she said.

“There were some incredible runners there this weekend, our BV crew ran course bests in the race, and it’s always so impressive to see what these athletes can do on a longer and harder course than anything they’ll see in the upcoming fall season. (This race was 5.4mi where a usual XC race is only 3.12mi),” Fuller said. “This is definitely setting them up for success and helps build such great confidence as runners.”

“The race was really nice,” Wilcox said. “The weather was perfect. I had to run a bit tactically at the beginning, with all of the mud, slipping and sliding around, but I just kind of floated through.”

“This was our fifth year holding this race, and I’m so grateful to continue to build on what we have done,” race coordinator and Salida High School cross-country coach Kenny Wilcox said. “We had racers from as far away as New York and California, and we are excited to keep expanding. Hoka (running shoes) came out this year to support us with awards and prizes, but we couldn’t have done this without all of the local support. We just can’t say thank you enough.”