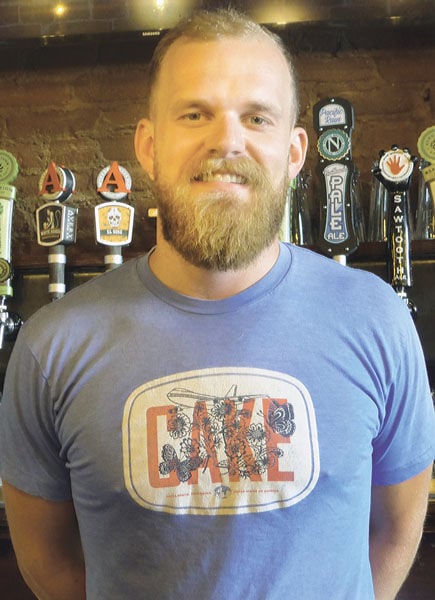 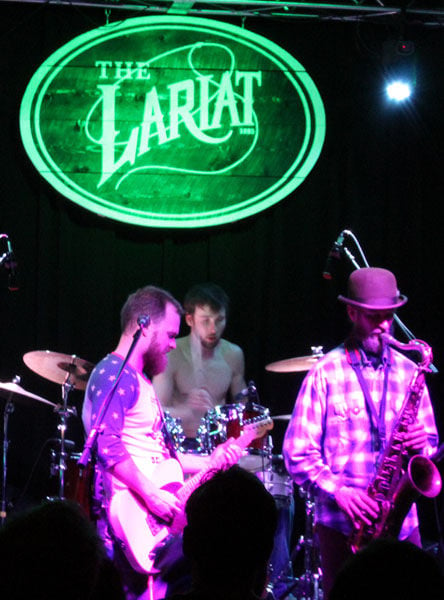 Music has long been a part of Brian Carter’s (at left) life, long before he joined what would become the popular Upper Arkansas Valley band Leadville Cherokee.

Music has long been a part of Brian Carter’s (at left) life, long before he joined what would become the popular Upper Arkansas Valley band Leadville Cherokee.

Though he seldom gets to play with his old band now, Brian Carter stays close to music as often as possible.

Carter’s life in music began when he was 14. He would sit in and listen while his younger brother took guitar lessons. One day the guitar teacher showed up but the student was away, so Carter took the opportunity to get lessons himself.

After getting his associate’s degree at Regis University, Carter attended University of Colorado Denver for a music program, graduating in 2013.

“They needed a bass player, so he asked me if I wanted to buy a bass and start playing,” Carter says. “The last year of college, I drove up to Leadville almost every weekend and we practiced and rehearsed and started playing gigs. When I graduated college, I moved to Leadville full time.”

The alternative rock band Leadville Cherokee started small, gradually gaining more of a following in the Arkansas River Valley area. Music gigs started at the Scarlet Tavern and some local parties, then moved on to bigger events like Boom Days. They also expanded to Buena Vista, Salida, Copper Mountain and even Durango.

Performing in front of audiences took some getting used to. “In high school, I used to get really nervous to the point where I’d think about it all week and play the parts over and over in my head,” Carter says. “I was always worried something was going to happen. Over the years, I got more and more comfortable. The more people in the crowd, the better the adrenaline.”

FIBArk and CKS PaddleFest became some of his favorite music venues, as well as Copper Sensation and Gentleman of the Road, the latter he says was Leadville Cherokee’s biggest crowd.

“I think my favorite thing to do was recording our full-length album,” Carter says. “We raised all the money on Kickstarter and did a promo video for that. In between the shows, that was probably the happiest I’ve felt about it, raising money and working with Tim Stroh in Leadville and getting that album done. That was such a sense of accomplishment.”

That album took the name “How to Build a Fire.” Though Carter worked largely on the managerial side of that project, he happily credits everyone with how it turned out and looks forward to producing another music album someday.

“We had a lot of good adventures, and it was a really great group of young, hungry artists,” Carter says. “We ended up making a couple of albums. I had a blast with it. I wish we were still playing.”

The band members separated on good terms, following their own life paths as Carter does. Now and then, they reunite and play another gig.

In the meantime, Carter needed something else to keep him busy. He wanted to at least stay near the music industry.

He had met Court and Robbie and knew they were redoing The Lariat and were passionate about a music venue. Feeling he should see how to help out, Carter called them.

Together, they worked out a position for him as a bartender. Bartending would keep him near other musicians and bands at The Lariat, so he was just fine with it.

Bartending and waiting on tables was nothing new to Carter. “I’ve worked in restaurants for a long time,” he says. “Ever since I’ve been out of school, it was the best way to pay my bills but still have the free time to explore Colorado and the scenery around me and ski, raft, hike and play music.”

One pleasure during his regular music gigs hasn’t changed since working at The Lariat: Seeing everyone have a good time, “just being a part of helping people have a good time, providing a good environment, which has a lot to do with the music and cocktails and having a good attitude. It’s rewarding to see people be happy, so I’m glad to be a part of that.”

Bartending isn’t always a bouquet of roses, though, as any bar tends to see a rowdy customer or two. The job almost demands being thick-skinned.

“Staying calm is key and I think I’ve gotten a lot better at that than when I first started.”

Carter hasn’t given up his own bass playing, still working on becoming better and better while watching for an opportunity to gig regularly with another band.

“There’re two, three or four bands that I’m kind of dabbling with right now,” he says. “Hopefully you guys will see me on stage with one of those in the near future.”

WHAT DID YOU WANT TO BE WHEN YOU WERE A KID? An astronaut.

FAVORITE SOUND The crowd cheering after a show

WHAT I LIKE BEST ABOUT BUENA VISTA The people and the weather.