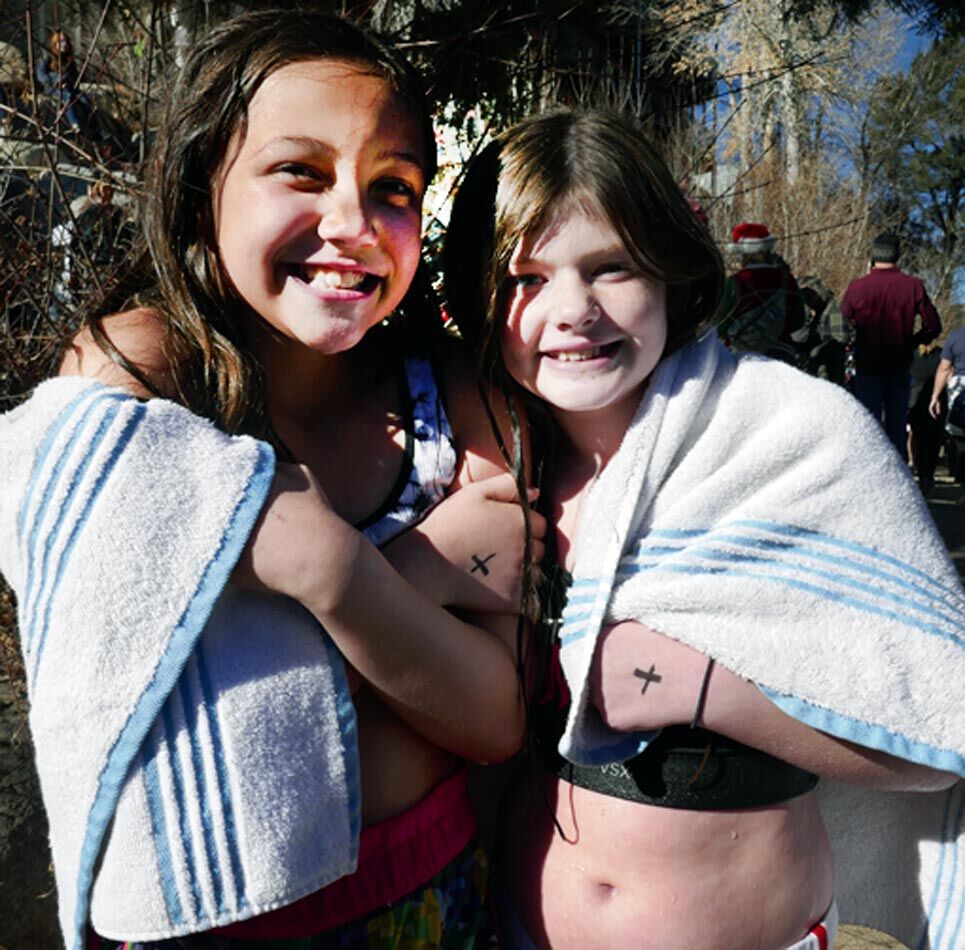 Aubri Gonzalez, left, and Holly Breeze huddle together under a towel. 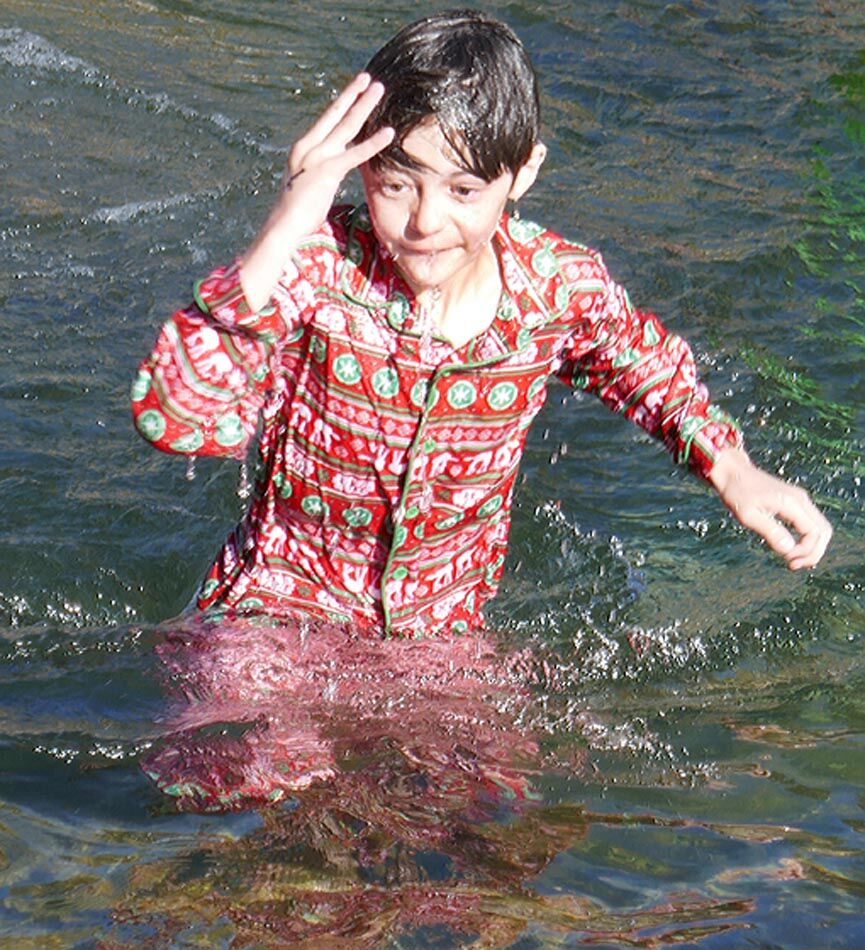 Joseph Drexler, 11, was the first to take the 2021 Polar Plunge into the Arkansas River. 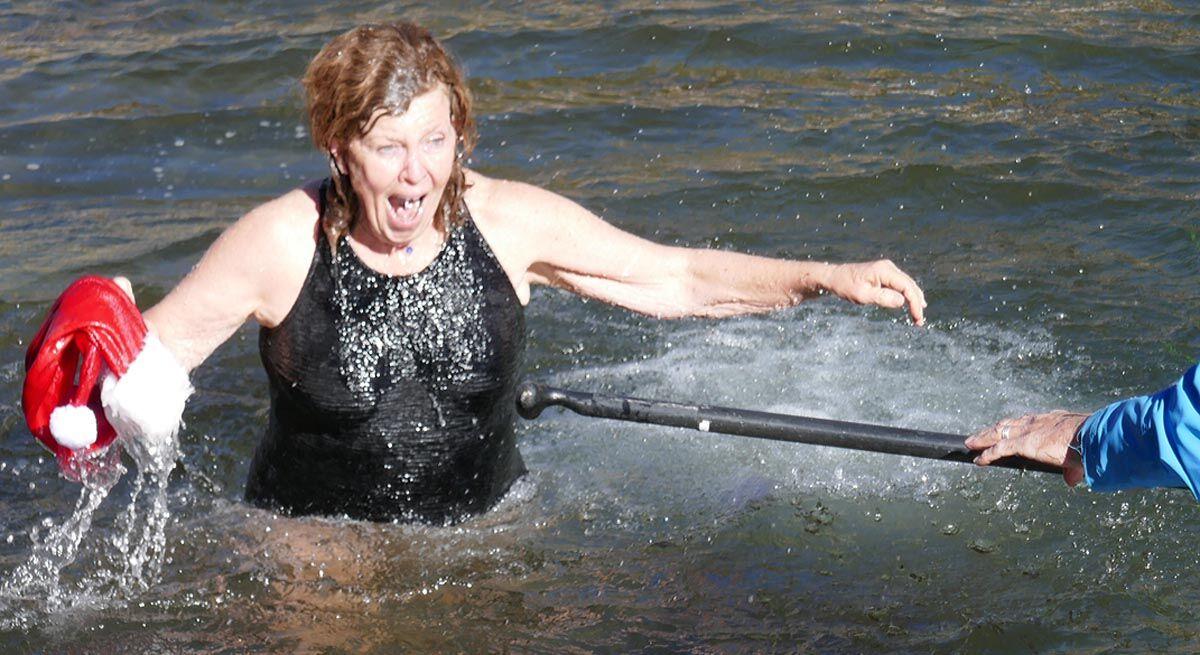 The Arkansas River in December is not easily confused with the area’s hot springs, as this Polar Plunger will no doubt attest. 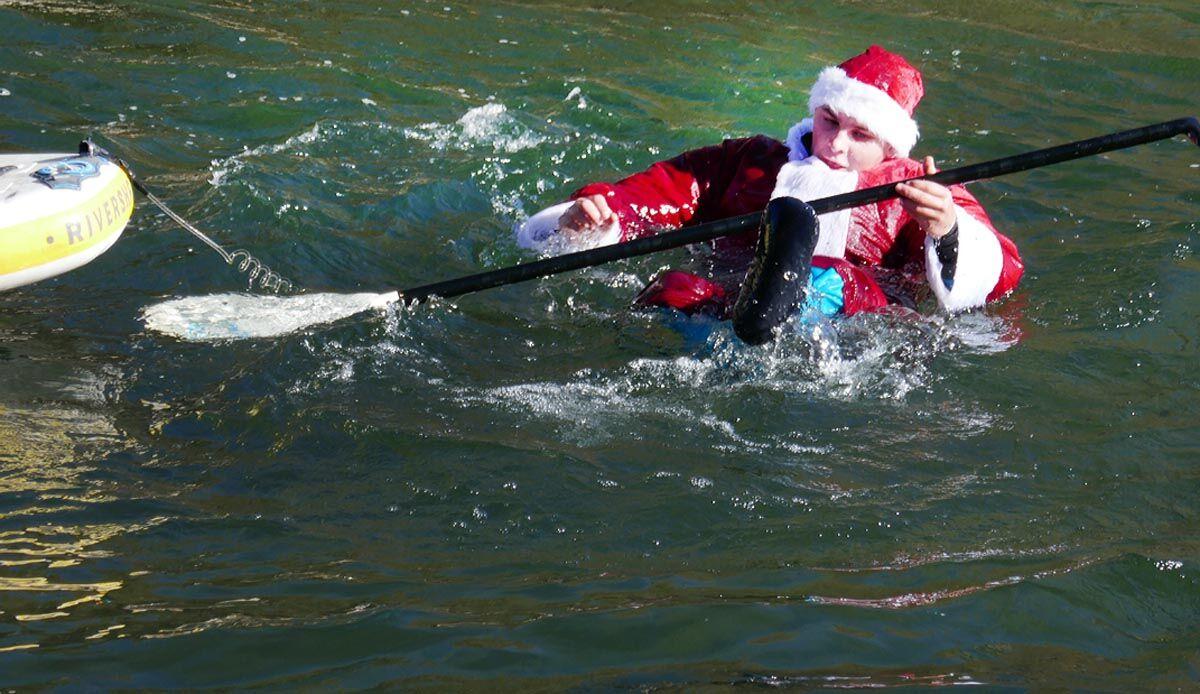 Quinn Phillips takes a Polar Plunge after performing a handstand on his standup paddleboard.

Aubri Gonzalez, left, and Holly Breeze huddle together under a towel.

Joseph Drexler, 11, was the first to take the 2021 Polar Plunge into the Arkansas River.

The Arkansas River in December is not easily confused with the area’s hot springs, as this Polar Plunger will no doubt attest.

Quinn Phillips takes a Polar Plunge after performing a handstand on his standup paddleboard.

The Christmas season opened in Buena Vista on Dec. 4 with chocolate, music and a cold splash in the Arkansas River.

The annual Polar Plunge was welcomed into its fourth year by a large crowd and 35 individuals jumping into the frigid river.

“It’s in a fun, safe, controlled environment. It’s a great spectator area,” says organizer Earl Richmond, Buena Vista Recreation director. “People love to walk around and be part of events for Christmas Opening and this is a nice marquee event. Surf Hotel had hot chocolate for the kids while they’re waiting.”

Joseph Drexler, 11, was the first to take the plunge.

“It was awesome, but freezing. I liked it a lot,” he said afterward, shivering with a cup of hot chocolate.

Salida resident Pat O’Connor, one of a few participants decked out in a Santa outfit, had always wanted to try the Polar Plunge. Now that she has, she’s considering making this a personal yearly tradition.

Many spectators came to cheer on friends and family who were taking the plunge, and some took the plunge with their friends. Aubri Gonzalez and Holly Breeze, both 9, laughed and shivered together under a towel after their jump.

“It was really cold, but it was also fun at the same time,” Gonzalez said.

“It felt really cold. I couldn’t feel my body,” Breeze added with a laugh.

Visiting from British Columbia, Dylan O’Hara said he was having too much fun jumping in and watching others jump in to even feel the cold. What did surprise him, however, was the number of people at the event.

“I wasn’t expecting the crowds,” O’Hara said. “There’re a lot of people just getting out and having fun today.”

“Participation was the biggest we’ve ever had,” Richmond said. “I think that’s attributed to the fourth year but also the chamber doing great marketing for it. And you can’t beat the weather; it’s pretty awesome today, so that really enticed people who not only planned to jump in but were jumping in on the fly as well.”

In addition to becoming a Christmas Opening tradition, the Polar Plunge also collects donations each year for Toys for Tikes, a program organized by the Buena Vista High School student council to help give toys to families in need in the area. This year, the Polar Plunge helped raise $642 for the program.

“I was really excited for the turnout and support, and I’m excited for next year as well,” Richmond said after the event.

Christmas Opening in Buena Vista brought out enthusiastic crowds on Saturday, Dec. 4. From the river to the museum, the museum to the library, and up and down the U.S. 24 corridor people walked and shopped and spirits ran high.