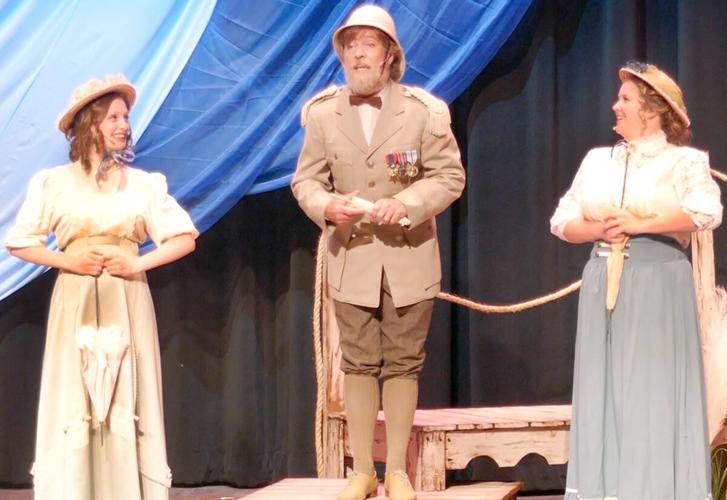 Jim Oliver as the Major-General Stanley, center, introduces himself while singing “I am the very model of a modern Major-General,” joined by Kristina Tanner on the left and Hannah Salisbury on the right. 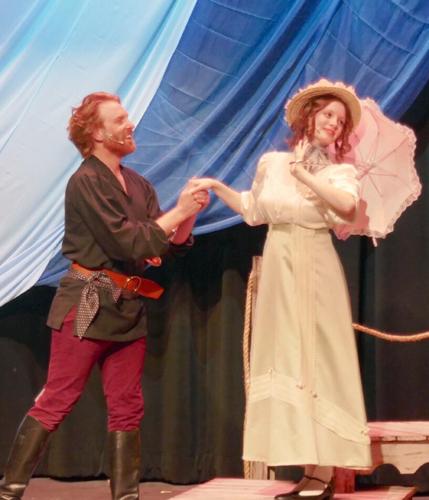 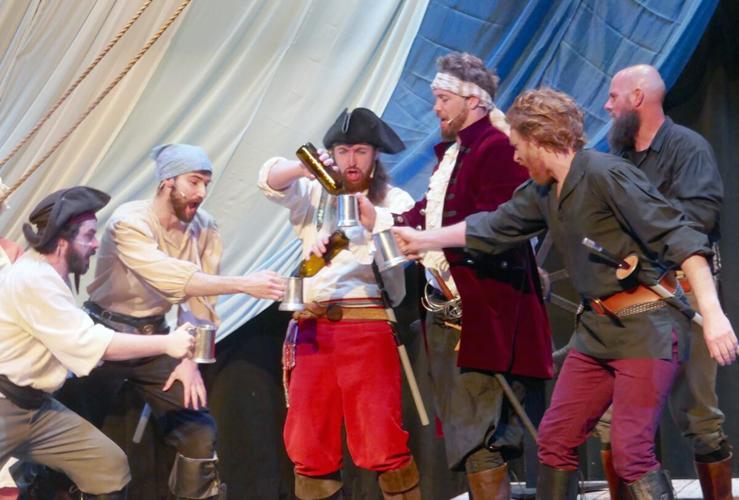 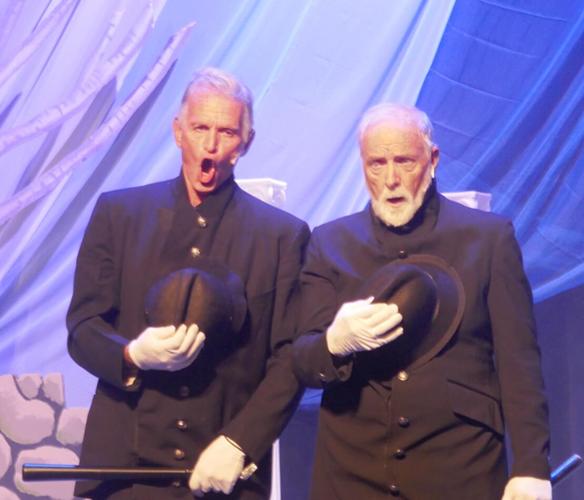 Playing the policemen, Pete Kuiper, right, and Doug Moser, brought plenty of laughs from their antics, including during the song “When a Felon’s Not Engaged in His Employment.”

Jim Oliver as the Major-General Stanley, center, introduces himself while singing “I am the very model of a modern Major-General,” joined by Kristina Tanner on the left and Hannah Salisbury on the right.

Playing the policemen, Pete Kuiper, right, and Doug Moser, brought plenty of laughs from their antics, including during the song “When a Felon’s Not Engaged in His Employment.”

Following the musical masterpiece by W. S. Gilbert and Arthur Sullivan, the cast brought boisterous laughter from the audience with the characters’ hilarious antics and cheers and applause with the operatic singing and high-energy choreography.

Even by the intermission of Saturday night’s show, one audience member remarked how fun it was and how much more advanced than expected it seemed.

“It was really solid. Everybody seemed to be on and energetic,” said Jim Oliver, playing as Major-General Stanley.

Oliver felt positive about how he had performed his songs, including “I am the very model of a modern Major-General,” and he had a lot of fun doing them.

Likewise, Kristina Tanner felt good about her connection with her character Mabel which was built on and made more fun during the rehearsals.

“Mabel’s personality and storyline made it possible for me to really take advantage of a sweet yet sassy, sophisticated yet playful physicality,” she said. “I love any opportunity to exaggerate facial expressions and physical acting, and Mabel was a great outlet for it. Vocally, her part was definitely a challenge, but in the end, I am proud of how I sang her songs and told her story through the music.”

Overall, Tanner felt the production was amazing, praising Erin Buterbaugh as director and choreographer and generally a great person to work with and learn from, and Tanner Oharah’s work with the set design.

Oharah said he had a great time as the Pirate King and loved swinging on a rope across the stage during one of the opening numbers.

“It is one of the first roles I ever saw on stage and I always looked up to the older student who played the role,” he said. “A dream fulfilled for sure.”

He especially enjoyed getting to act on stage alongside people he has directed in the past and getting to perform with Buterbaugh.

“It was fantastic,” said local and father Lindsey Tanner. “It was so entertaining and so fun. I smiled the whole time. I had to hold myself back from laughing all the time, it was so funny. It was just brilliant.”

Though the show faced some technical difficulties, particularly with the microphones, the actors did not let that halt their momentum and carried on with the production.

“This show had the best of the best of Buena Vista’s town,” said Sawyer Cliff. “You have Tanner Oharah, you have Dylan Brunell, Brandon Chism. I was very impressed. I actually live in New York City part time, and I’ll go as far as to say, despite the technical difficulties, the talent was as good as anything I’ve seen on Broadway – granted, I’ve only seen two shows.”

Liz Riley who played as Ruth also felt the show worked out well in spite of the audio issues that took place. Pushing forward despite the technical difficulties is just part of “why theater is so fun,” she said.

“I just think there are so many nice moments. The love song is a beautiful contrast that they do, the duet between Frederic and Mabel. The cops are funny, the Major-General is funny, the (pirate) king is fabulous and bigger than life. The whole thing is such a joy to be in.”

Moving to Buena Vista 4 years ago, Riley missed out on the chance to be in any HCFAA shows until now, so she hopes they will continue to do this more often.

“It’s such a joy to work with this whole cast,” she added. “They’re very talented, they’re very giving and it’s nice to be part of this ensemble. Everyone’s strong. Everyone’s got their stuff together.”

For Tanner, the feeling was mutual. “Everyone was so encouraging and so willing to jump in and try hard things,” she said. “Rehearsals were always filled with smiles and laughs.

“Only having a 2-week rehearsal timeline is a challenge, and everyone stepped up and gave it 110%. The entire team was willing to do whatever it took to put on an incredible show, and I strongly believe the performances were a success because of it,” Tanner said.

“I want more,” Lindsey said. “They’ve got to do more. They were all so talented, they sounded so phenomenal. I love it.”

HCFAA cast members like Oliver are also hopeful for more shows in the future, but that will depend on actor availability for the time. Until then, the organization’s next show will be the junior high production set for Oct. 8 and