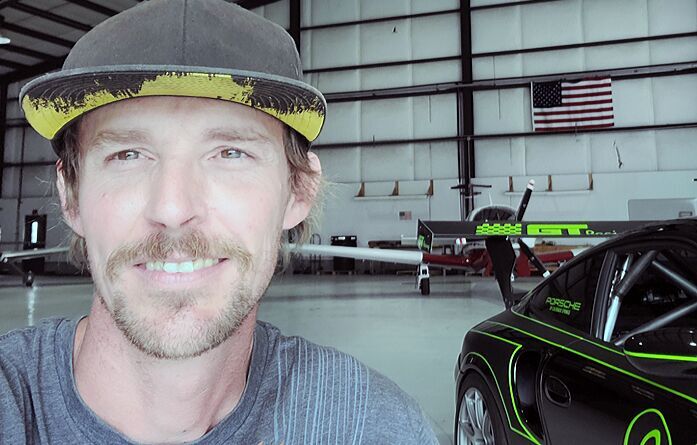 Rally racer Andy Kingsley is gearing up for his fifth year running in the Pikes Peak International Hill Climb June 27.

Kingsley, a Buena Vista resident since 2007, began his racing career in 2009. The Times first took notice of Kingsley when he won an event in the Buffalo Peaks Hill Climb races on CR 375 in the Fourmile Travel Management Area in 2011.

Kingsley placed fourth in the Time Attack class last year at Pikes Peak, finishing with a time of 10:55.581, the fastest ever recorded for a Porsche 2002 911 996 generation car. This year he’ll test his skill and luck in the Open Class.

Racers enter different classes depending on the nature of their car’s build. Kingsley described the evolution of his car, the 2002 Porsche 911 Twin Turbo Pikes Peak Special, or “The Gamechanger.”

“I started this build in 2017 in my home garage in Buena Vista. It began with fixing and trading up my own vehicles, until I was able to afford the right racing platform to build specifically for the Pikes Peak mountain,” said Kingsley.

Some of the modifications to the vehicle include a factory dry sump oil system, upgraded turbochargers and a roll cage built by hand from Carl Miller with Miller Welding & Fab in Buena Vista.

Kingsley operates as a privateer, meaning he independently funds and builds his cars. His racing team is called Kingsley Motorsport, and is comprised primarily of himself as team engineer, mechanic and driver and his wife, Katie, as team manager.

“I am working towards making driving my full time profession but it’s not easy to fund this type of sport on your own,” he said. Meanwhile, Kingsley works in the Buena Vista area as a property manager, accountant, bookkeeper and subcontractor. “Wearing this many hats allows me to pursue my driving dream.”

Kingsley has a balloon decal on his car in memory of his father, whom he said was a big inspiration for him.

“My father was a Colorado balloonist and we grew up as his personal chase crew and fan club. He always taught us to work hard and never be limited by ourselves.

“My family lived for the weekend races to spend together. When I got older, my dad gave me a guiding hand in our car builds.”

Race fans can view the Pikes Peak race online live at the Mobile 1 Facebook Page. Kingsley Motorsport will also display “The Gamechanger” at the Miller Welding & Fab booth for the BV Car Show on July 10.