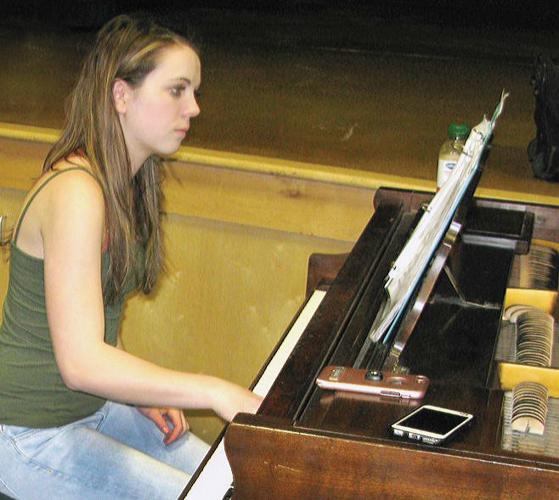 Although she can play several instruments, Mackey Campbell now devotes her musical time strictly to the piano. 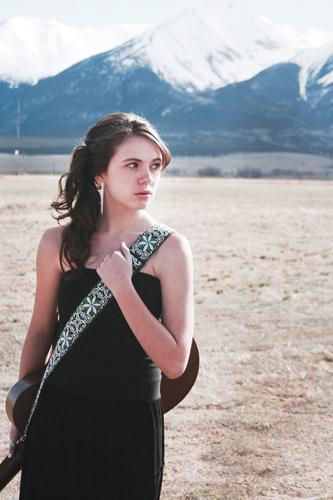 Although she can play several instruments, Mackey Campbell now devotes her musical time strictly to the piano.

Mackey Campbell has lived a full life, and accomplished more than most, all before the age of 20. Simply put, she redefines the words focused and driven.

Encouraged by her mother to become a well-rounded person, Campbell began playing the piano at 6. As with most children, parental desires didn’t necessarily match the need for youthful independence. Campbell developed a secret infatuation with her father’s guitar.

“I started playing my dad’s guitar privately, around the age of 12, but my hands were too small.”

Thinking her subterfuge was unnoticed, Campbell was surprised one day when the doorbell rang. “My dad told me to answer the door, and I found a giant box from Taylor Guitars. It was a half-sized guitar that fit my hands. It became mine.”

Campbell says that moment lit a fire of musical passion that continues to burn brightly. “That’s when I decided I wanted music for me, not anyone else, just because I loved it.”

She took that excitement and joined a local bluegrass band, which performed at a Salida talent show.

After turning 12, she joined the Alpine Orchestra and has spent the last 8 years as one of their pianists.

Attempting orchestral play as a preteen is another example of Campbell’s drive.

“A friend’s mom didn’t think my friend and I could handle such complicated music. That’s when I decided to join the orchestra and go for it.”

In addition to the guitar and piano, Campbell also sings and plays the banjo, violin, ukulele and mandolin. But it is her foundation with the ivory keys that paved the way.

“I think that after you play piano, everything else is easier. With piano, you can ‘see’ music theory in front of you—how the chords work.”

Music isn’t the only activity receiving her focus.

Campbell, homeschooled through high school, began attending college at 14 via the internet. She graduated Liberty University at 17 with degrees in music and religion.

“Graduating college wasn’t strange because I’d been so far ahead for all my life. I realized I was good at it (college), writing papers and taking tests.” Her music education came via Skype, with face-to-face lessons, including many students Campbell still calls friend.

At the peak of her studies, the young prodigy was playing music 48 hours a week. Adulting, however, has cut down on that time. “I have a real job now and can’t focus only on music. I don’t play the violin anymore. I only focus on the piano.”

Campbell is currently practicing for a challenging solo piece with Alpine Orchestra, “Rhapsody in Blue.”

“I’m done studying music, academically, but I want to keep working on improving. The conductor picked this piece for me, and I’m learning it from scratch.”

She’s been practicing the complex number for a year to push out of her comfort zone.

“It’s supposed to be too hard for me, so I’m going after it. I like doing things people think I can’t. I thrive off the challenge.”

Formerly a worship leader with her church, Campbell has her sights set on combining two passions — music and religious faith — into a new challenge as she searches for her life niche.

“I don’t know what I want to do yet for a career, but the next thing, sometime in the next year or so, is an opportunity in Missouri, working with the International House of Prayer.”

This organization offers 24/7 live prayer, which can be attended in person or followed online.

Campbell intends to play her music as a form of religious offering, as she fights spiritual battles, even as the world sleeps.

“I’d be working from midnight until 6 a.m., which is a hard thing. I would devote a year of my life, basically turning it upside down, to pray for others.”

Campbell views her musical talents as a foundation to lead worship. For her, it’s about teaching Christianity through music.

“I believe we talk through song. Music is so fundamental to the heart that using it to have a relationship with God is perfect.”

As if her young life wasn’t already full, Campbell works as a barista in Buena Vista and is striving to become a full-time music teacher. She now has two students but welcomes more.

The concept of limitations does not exist in Mackey Campbell’s psyche.