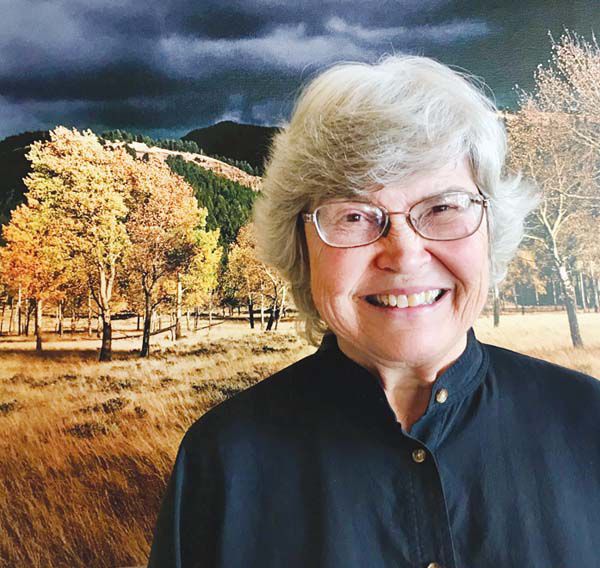 Brenda Covert poses in front of a favorite painting. 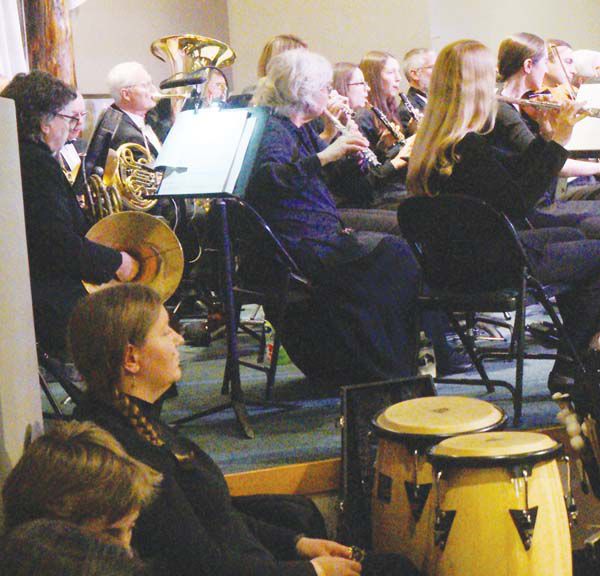 Brenda Covert, center, plays during a recent performance of the Alpine Orchestra in Buena Vista.

Brenda Covert poses in front of a favorite painting.

Brenda Covert, center, plays during a recent performance of the Alpine Orchestra in Buena Vista.

The music of the Alpine Orchestra offers a pathway out of ideological log jams and around societally-generated anxiety, says flutist Brenda Covert. It boils down to something simple, yet complex — listening.

“Orchestras are best when everyone listens to other parts, instead of only their own.” Covert sees the quality as necessary for winning teams, in music, sports or commerce; a foundation for any healthy collective. “What’s each part playing (in the orchestra)? Do you hear it? That’s the purpose of listening, even to someone else. You have to dare to hear another’s sound or their point of view.”

Accomplish that goal, says Covert, and the group is elevated.

“If you’re only enjoying your part, you can drag down the orchestra. When you listen to one another as players or people, you see different points of view, and learn how to work together for the greater good.”

Coverts’ road along a 60-year music career began at home with family. Her mother taught violin and hasn’t stopped playing, even at age 98.

“She has trouble with her shoulder, but she still plays,” Covert said. She recalls her mother was a kind but demanding teacher who was a charter member of an orchestra in Kansas.

Motivated by musical parents, Covert started piano lessons, as many children do. But the sound of the flute captured her imagination, and a lifelong relationship with an instrument was born.

“In eighth grade my parents bought me a flute. This was 1958, and it was a wonderful instrument. I still use that same flute, and I love it.”

In addition to offering life lessons, the flutist sees music as therapy, a way to escape daily pressures.

“You leave your life, and disappear into the music,” Covert said. “It’s a marvelous way to get away from everything because you have to be single-minded.”

She said that learning to focus on something helped her learn to work well with others. “It’s an excellent quality for living together, really.”

Having played the flute through school, including college, Covert set the instrument aside at one point after completing training to become a medical technician.

Work, family and life took on a more significant role, for a while.

A wedding prompted her to pull the instrument off the shelf and resume practicing.

“My brother wanted me to play ‘All Earth Rejoice,’ by Vivaldi at his wedding. So, I started playing again. It’s a difficult piece, but I found a reason to play and haven’t stopped since.”

Before arriving in the Upper Arkansas Valley, Covert played with an orchestra and a flute ensemble in Topeka, Kan.

Recently, Covert took up the alto flute, in part to escape vitriol from the last presidential campaigns.

Tired of endless political ads and arguments, Covert and her husband started watching murder mysteries. In one, a beautiful alto flute piece played in the background. It caught her attention and ignited a new interest.

“Learning a new instrument later in life adds so much. It helps you be thankful and appreciate that you can still do this.”

It also keeps Covert mentally-challenged, as many pieces aren’t written for the alto flute.

“You have to transpose and improvise, and can make your own composition from a piano part. I’m so excited about something new like this.”

Tackling a fresh instrument also taught Covert another life lesson — working with what you’ve got.

“I’m finding all these things that have been there all the time, but I didn’t know because I kept playing the same instrument.”

Attempting to learn different things later in life is something you must do, Covert believes.

“Don’t be afraid to try something new. Find someone to help; there are people out here you can go to for music, or writing or art. Don’t limit yourself. Don’t be afraid of failure.”

Yet another life lesson, originated in music, and part of life in a music town.

“What’s each part playing (in the orchestra)? Do you hear it? That’s the purpose of listening, even to someone else. You have to dare to hear another’s sound or their point of view.”