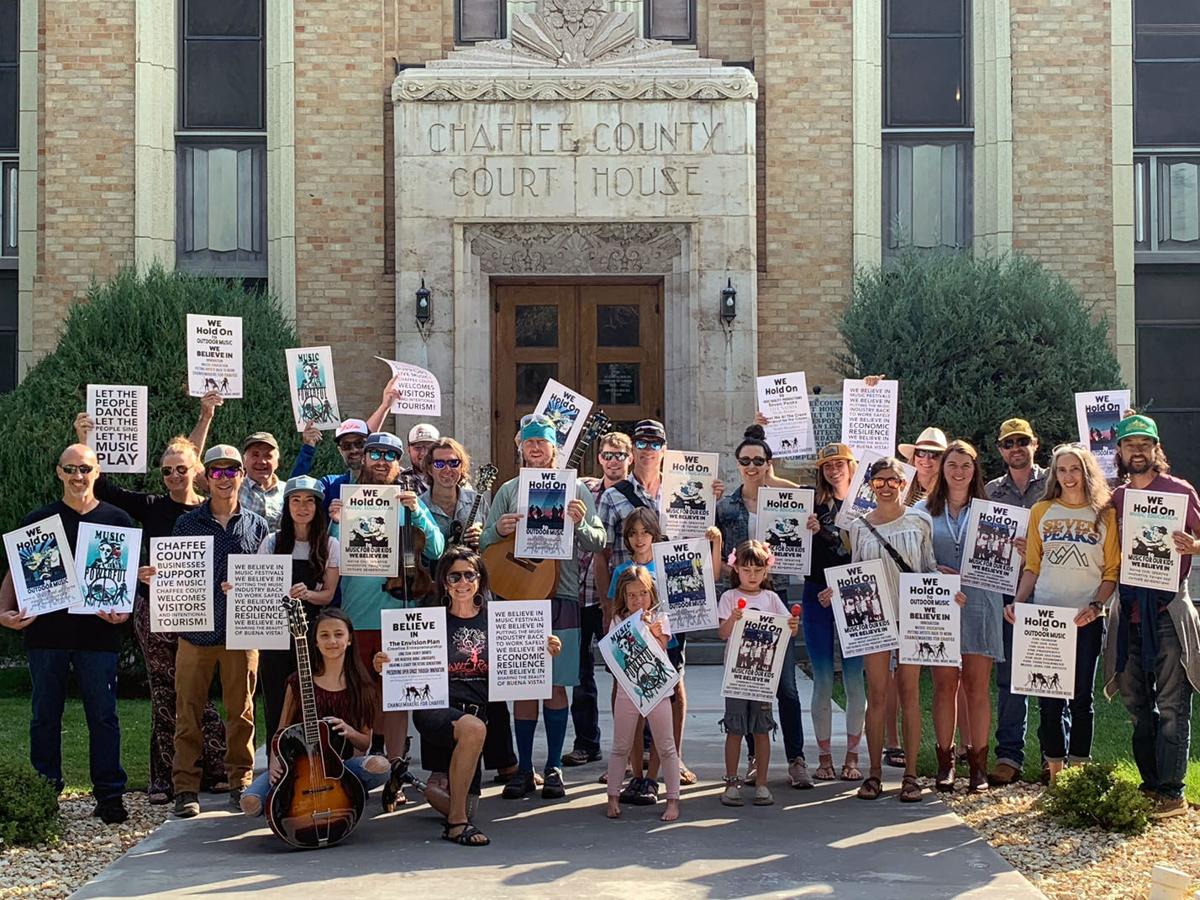 Close to 40 people showed up to rally in front of the Chaffee County courthouse prior to the commission's meeting Tuesday. 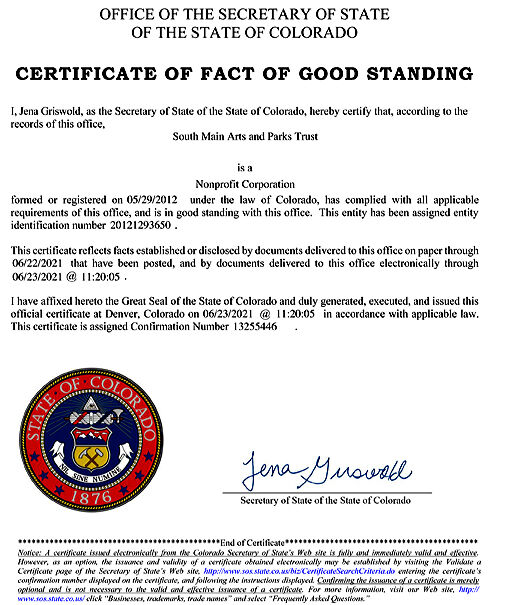 Close to 40 people showed up to rally in front of the Chaffee County courthouse prior to the commission's meeting Tuesday.

Meet Me at the Creek has been approved to take place at The Meadows on Sept. 24–25. The board of county commissioners approved the permit on Tuesday afternoon after considerable time spent on public comment. Event producer Scotty Stoughton has not yet released the performer lineup.

Supporters staged a rally Tuesday morning outside the courthouse where the meeting took place.

“We had around 40 people show up to rally,” said Robin Vega, who organized a petition in support of MMATC that gathered 98 signatures from Chaffee County residents and business owners.

Many rally attendees stayed to make public comments, the first allowed to take place in-person at a board meeting since the beginning of pandemic lockdowns.

“Everyone wanted to participate in the public comment, but unfortunately the meeting was delayed,” Vega said.

“Recent events have taught us that it’s incredibly important that the commissioners hear all of our voices and understand that music is incredibly important for Chaffee County. Not just for the economy but also for culture and camaraderie,” BV musician Coleman Smith and owner of Coletrain Music Academy said in a press release from rally organizers.

“This Meet Me At The Creek rally was intended to show our support not just of music but also for Scotty Stoughton and Bonfire Entertainment. We are so grateful for their partnership and investment in our community” he said.

Nathan Jones, who resides on property neighboring The Meadows, submitted detailed documents to the board outlining expected impacts on the neighborhood and recommending policies on noise and curfews.

“The BOCC were clearly intent on giving Bonfire Entertainment whatever they wanted. They had no interest in following the intent of the State Noise Abatement Statute. They showed zero interest in mitigating the impacts of the event on neighbors,” he said in a statement to The Times.

Stoughton’s production company Bonfire Entertainment partnered with South Main Arts and Park Trust, a nonprofit corporation, and were exempted from the statute under section 11. Commissioners had previously directed Stoughton to resubmit his application with a sponsoring nonprofit.

(11) This article is not applicable to the use of property by this state ... or any other entity not organized for profit, including, but not limited to, nonprofit corporations, or any of their lessees, licensees, or permittees, for the purpose of promoting, producing, or holding cultural, entertainment, athletic, or patriotic events, including, but not limited to, concerts, music festivals, and fireworks displays.

Vega’s press release stated SMAPT is a legitimate nonprofit corporation with ties to the community.

“The South Main Arts and Parks Trust has played an essential role in building and maintaining the town’s Whitewater Park, and constructed the outdoor living rooms, a popular installation located on the Arkansas River in the South Main neighborhood. Established in 2012, The South Main Arts and Parks Trust is also a valued partner for the fine arts community in Buena Vista and has hosted over 150 free concerts, movie premiers and auctions to raise money for philanthropic efforts and community initiatives. One of its newest initiatives is a free Sunday concert series hosted at The Lawn in partnership with Coletrain Music Academy,” it said.

Jones said that he is not opposed to a properly limited and regulated event.

“I think that a single 5,000 person (or less) event per year at the Meadows is a great compromise that I hope will allow the Meadows to remain a working hay farm,” he said.

Apparently Robin Vega and friends missed the memo for the last public hearing. The event had already been approved. The hearing was to discuss the noise levels, so their constant stream of "I love music" offered nothing to the discussion. Not one of them made any statements about how to mitigate the sound affecting the nearby residents. If anyone listened to the opposing voices, they would have heard that it is not against a concert and music, it is about the location. Those folks who have been most vocal live in the backyard of the Meadows, have families who don't want the constant noise and disruption that these events bring. Nathan Jones said it well, that the BoCC gave Bonfire Entertainment everything they asked for, absolutely everything, and made no concessions to the nearby residents.