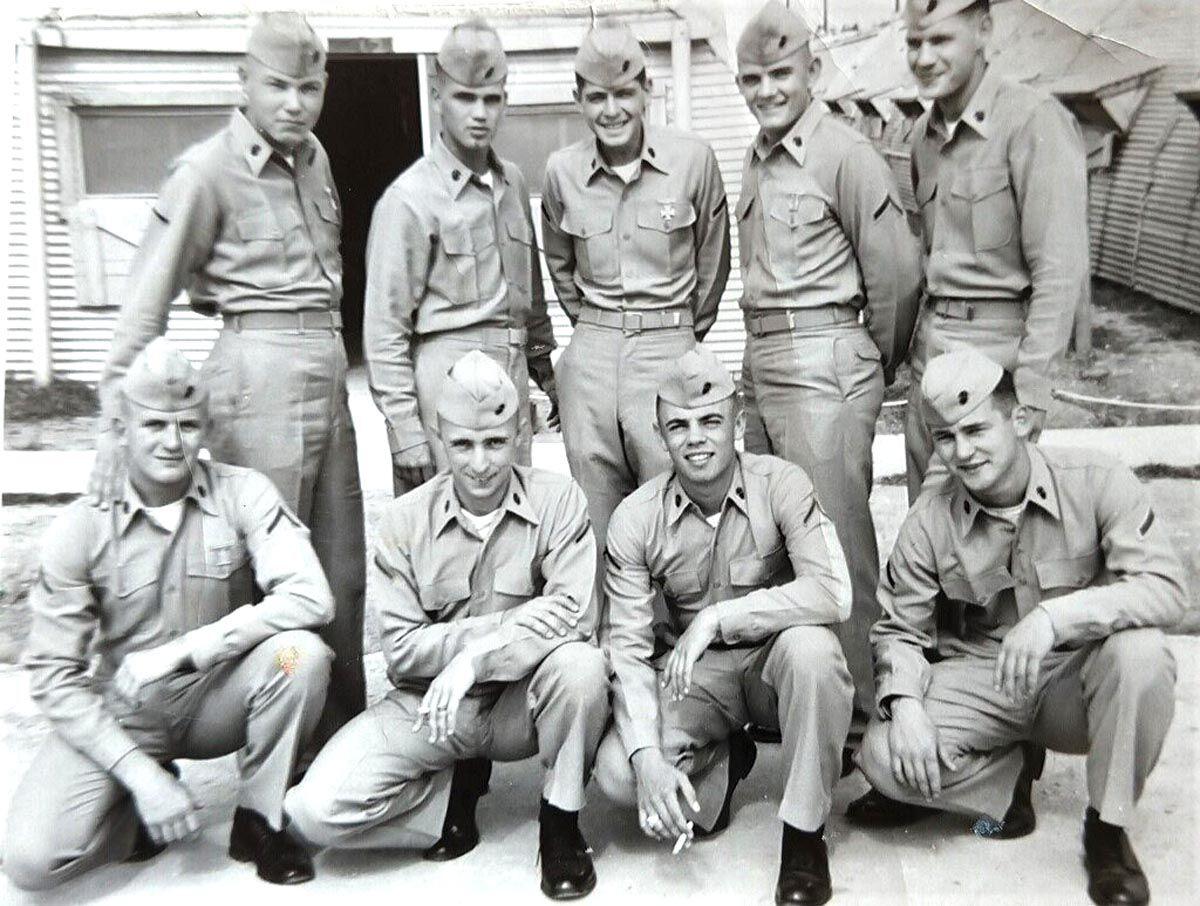 Art Volk kneels with his 1961 cryptography training classmates for a group photo. Art is in the front row, second from the right, holding the cigarette. 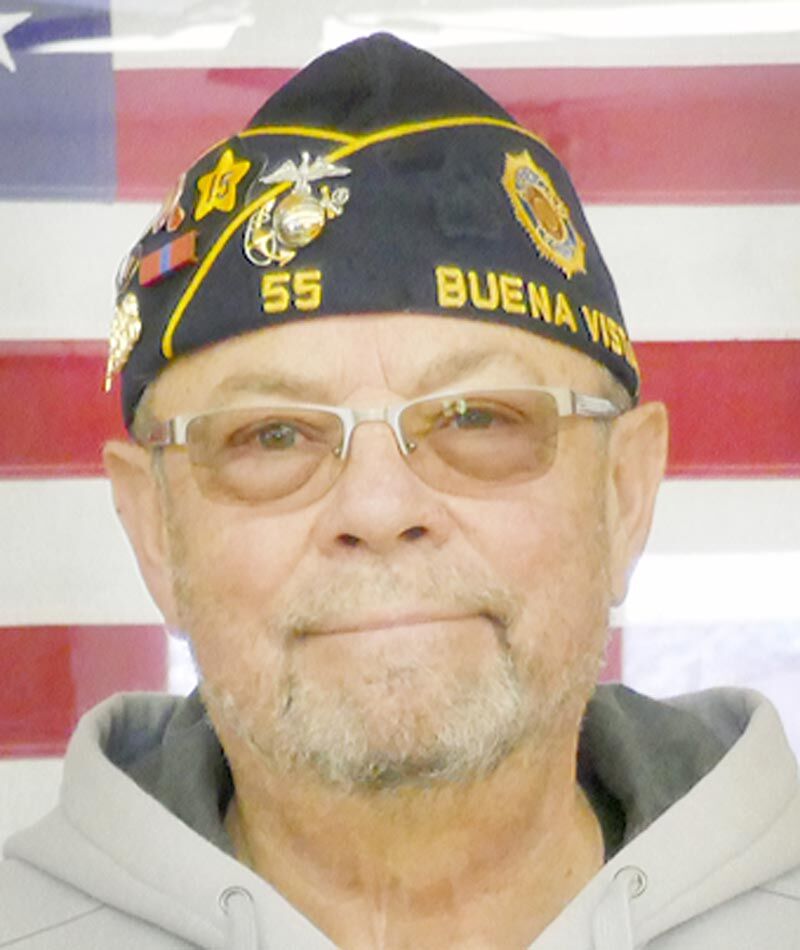 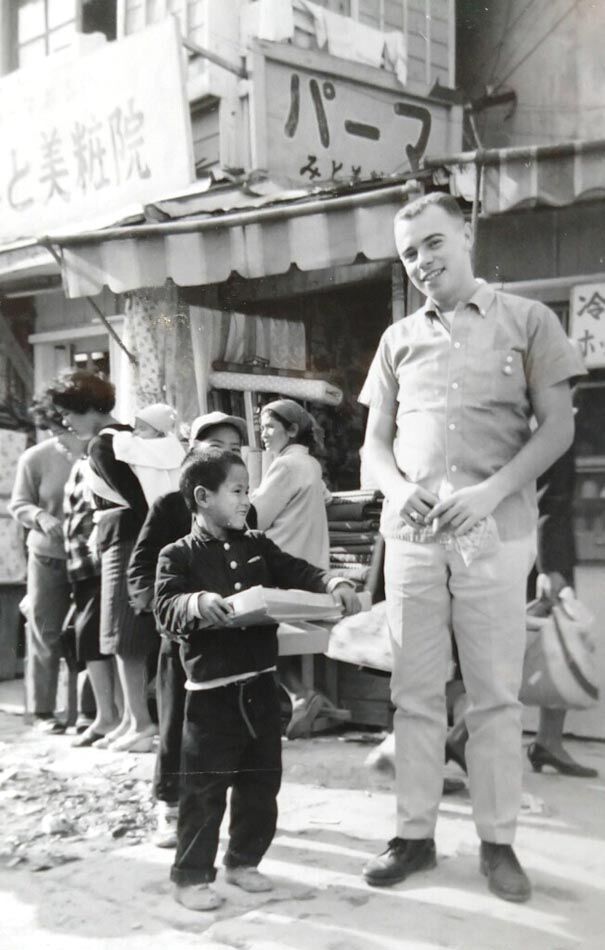 Art Volk kneels with his 1961 cryptography training classmates for a group photo. Art is in the front row, second from the right, holding the cigarette.

Veteran Art Volk reflects gratefully on his time in the Marine Corps for the honesty, responsibility and other qualities he learned for life outside the military.

“I’m not a structured person,” he says. “I think the Marine Corps gave me some structure to be able to pursue things that I wanted to do. That was a good part of being in the military. You learn to be structured to some degree and you learn to be able to discipline yourself to pursue things. Had I not gone in, I don’t know where I’d be. I thank the Marine Corps for making me a better person.”

Volk enlisted right out of high school in New Jersey in July 1960. He was sent to Parris Island, S.C. for about 12 weeks of “hot and muggy” Marine Corps recruit training. Following boot camp, he attended 12 weeks of infantry training at Camp Geiger, part of Marine Corps Base Lejeune in North Carolina.

“They called it ITR – infantry training regimen,” he says. “There, we learned to throw hand grenades and operate flamethrowers, which was pretty exciting. And you do all the fieldwork as if you were out in the field in the infantry. You kind of crawl under barbed wire while they’re shooting rounds above your head. I don’t know if they were live rounds or not.”

After the ITR, he was sent to Okinawa, Japan with the 3rd Force Service Regiment. In addition to helping supply the Italian Marines, he attended communication school where he learned to operate and send messages with the teletype, and he became a cryptographer with a secret clearance to decode messages.

“What happens is, you would have messages come into the communications center, and they would come in five-letter groups,” Volk explains. “You’d have five different letters, a space, another five across the page, all the way down. Obviously, all of this meant nothing until you put it into the machine to decode it. You would type in each of the five-letter groups. Each machine would have a tape that would come out with the actual message on it. So you continue doing this and eventually you’d have the whole message on this piece of tape, and then you’d put that on a plain sheet of paper.

“One of the problems was, you could be typing, and you’d be at the end of the message. If you made a mistake, you’d have to start all over again … That happened to me a couple of times, which is not fun,” he adds with a laugh.

He spent time in other locations such as a communications center on a ship and training in the Philippines. Since he served in peacetime, his service consisted entirely of training for the eventuality of a war. He also got to visit Hong Kong, China for about a week of rest and recreation.

“That was special,” he says. “At that time, Hong Kong was really an amazing city … I got to meet people there in Hong Kong. We had a wonderful young man in our hotel who went out of his way to help us.”

After 3 years, he left the Marine Corps and returned to civilian life. He got married in 1963 just before leaving the Marine Corps, so he wore his uniform to the wedding. He remained on reserve for 6 years but never was called back, even after the Vietnam War started.

With an interest in broadcasting, Volk moved on to the RCA Institute in New York City, which led him to getting a position at ABC Television where he worked for 30 years.

Volk now lives a retired life at Twin Lakes. He takes time to serve at American Legion Post 55 as adjutant, an officer who takes minutes of meetings, maintains membership records and other duties.

“When you sign on the dotted line, you’re saying, ‘I’m here. You can do whatever you want to me, up to and including death.’ You have no control anymore over your life,” he says. “I think the general public appreciates that, I think they appreciate our service. I get a lot of that. If I’m in a store and I have this hat on, people will come up to me and say, ‘Thank you for your service.’ I get that a lot. That means something to me. I ask people to respect the service members and veterans and consider that they have sacrificed for the country. For me, it was not a huge sacrifice. For others, it’s the ultimate sacrifice.”

Volk credits the Marines with giving him the chance and the discipline to further his career and allow him to do something he wanted to do. He highly recommends that experience to others.

“If you don’t have any goals, if you’re not going to college, if you’re in a dead-end job or something like that, I recommend going in the military. If you do it through a recruiter, you can negotiate a skill and they will train you. They have welders in the military, they have mechanics, they have aircraft mechanics … You can learn a skill that you can use in the civilian life. And the government is paying for your training.”