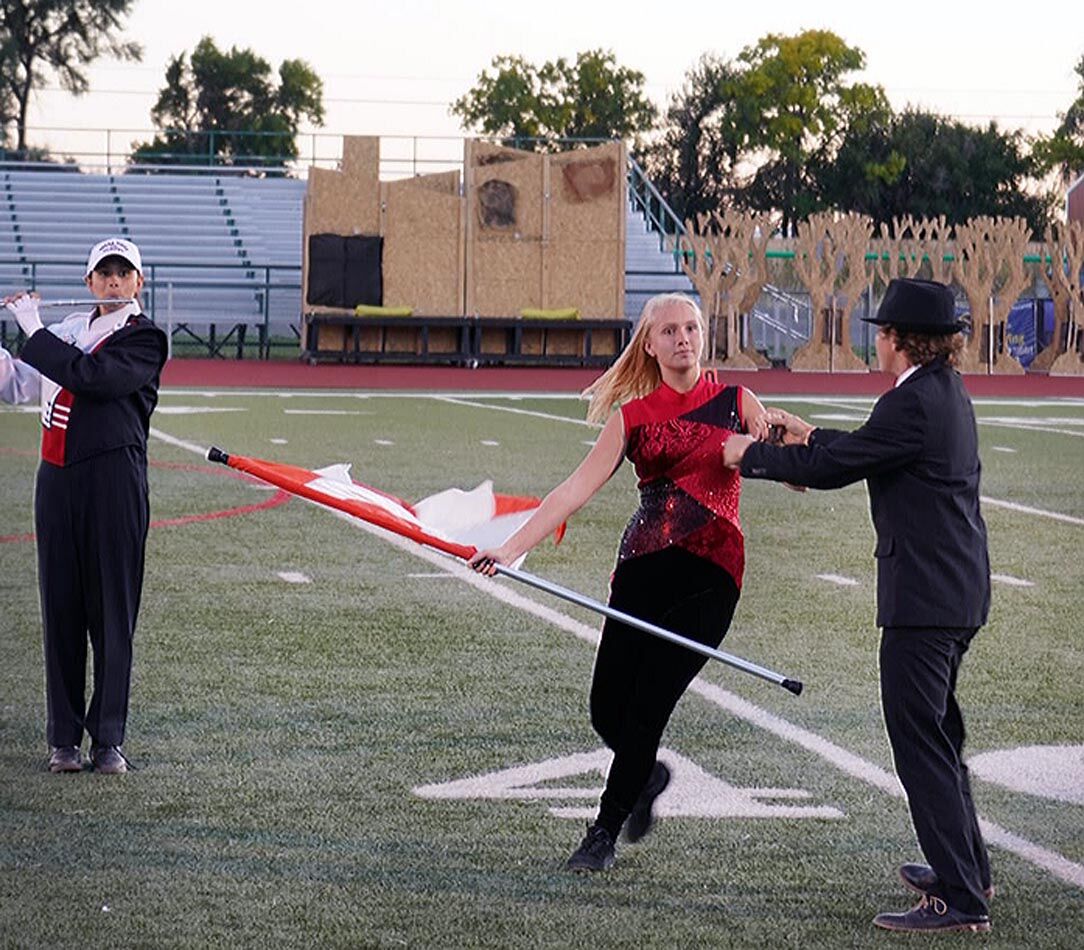 Calvin Tattershall does a 007 dance with a color guard member of the BVHS marching band. 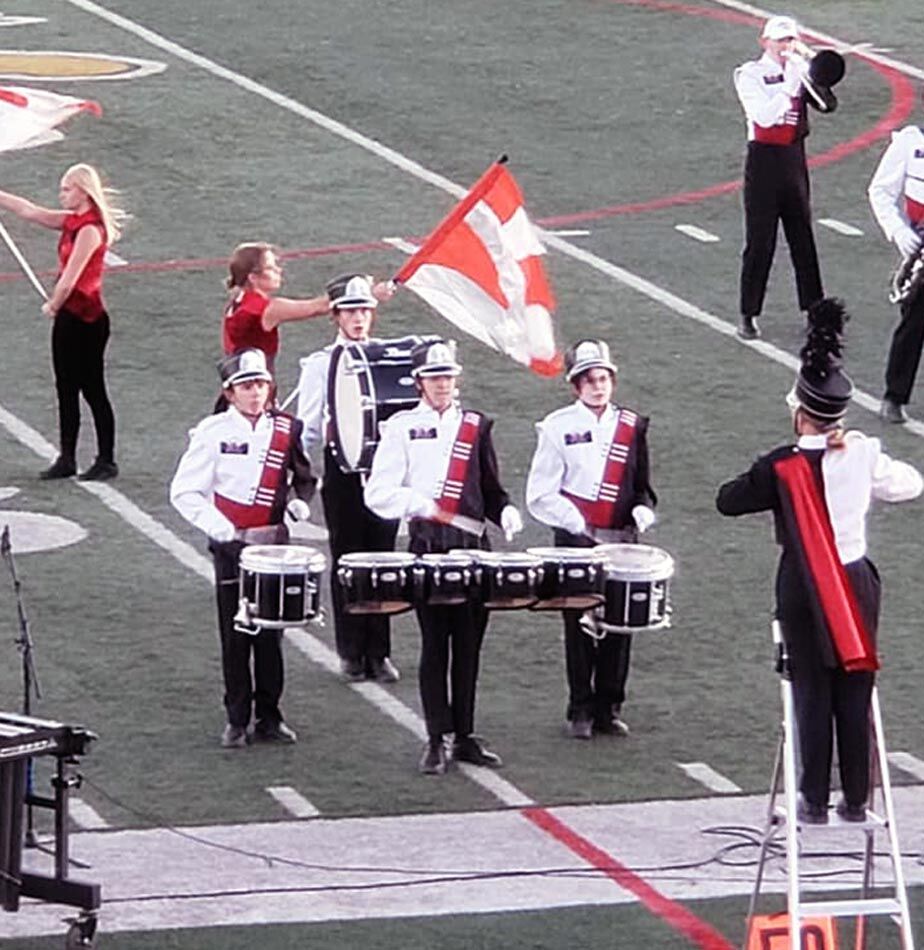 Calvin Tattershall does a 007 dance with a color guard member of the BVHS marching band.

It was a really amazing experience for us. It wasn’t a competition, per se, but we did perform in front of 10 other schools and we received recorded comments from five judges.

The judges’ comments were incredibly positive and encouraging. A couple of the judges suggested that we compete next year, which we might do if it works out.

Our students were incredibly proud of their performance, as it was really strong.

Our final rehearsal the day before the performance was not our best, as it was quite cold and windy outside and we were missing a lot of players.

To get to go to a warmer climate and perform on astroturf in front of a super energetic crowd was just incredibly exciting.

We did a “James Bond” show and it went extremely well. At the BVHS Homecoming game a few weeks ago, we performed the first half of the show, but we haven’t been able to perform the second half of the show for the home crowd due to the band students’ scheduling conflicts with other sports.

That’s unfortunate, as there was a lot of improvement made between our performance at Homecoming and the exhibition.

Elena Dunn did a stellar job as drum major this season, and Malachi Little did a very expert job of running sound for the show. It was really cool to have color guard, too.

The first half of the show included a baritone sax solo by Danny Cordova, and a vocal solo of “Nobody Does it Better” by Elena Dunn (accompanied by Malachi Little on piano).

We added a bunch of new elements to it after that, including two new songs.  We also added a James Bond character, played by Calvin Tattershall, who did a dance scene with our color guard members.

We had an awesome season, especially for our first time performing a show. The kids really seemed to take it very seriously, but they also had a ton of fun. I saw them all bond in a way that I’ve never seen, as they were all working so hard together toward a common goal. It was so inspiring.

We were lucky to have our drill formation design written by Gary Johnson, and he was very involved with co-teaching the band.

Likewise, we were very fortunate to have Michele Crago step in as the color guard coach. Both Gary and Michele spent a week at marching camp with the band this summer, and were there to coach through the marching season.

Additionally, we were excited to have the professor of percussion at Adams State University, Melinda Leoce, come work with the drum line for the first 3 days of our marching camp.

We had other guest teachers come at different points through the fall to help out, including Dan Salisbury (battery percussion), Dave Calvin (front ensemble) and Wayne Lee (high brass). We also had some parents on board helping out this season with food, truck driving, equipment handling, etc.

The most important thing we had, though, was a lot of kids showing up for rehearsals when it was dark and cold after they had been at sports practices, cheer practice, etc. They put their heart and soul into it. That made all the difference.