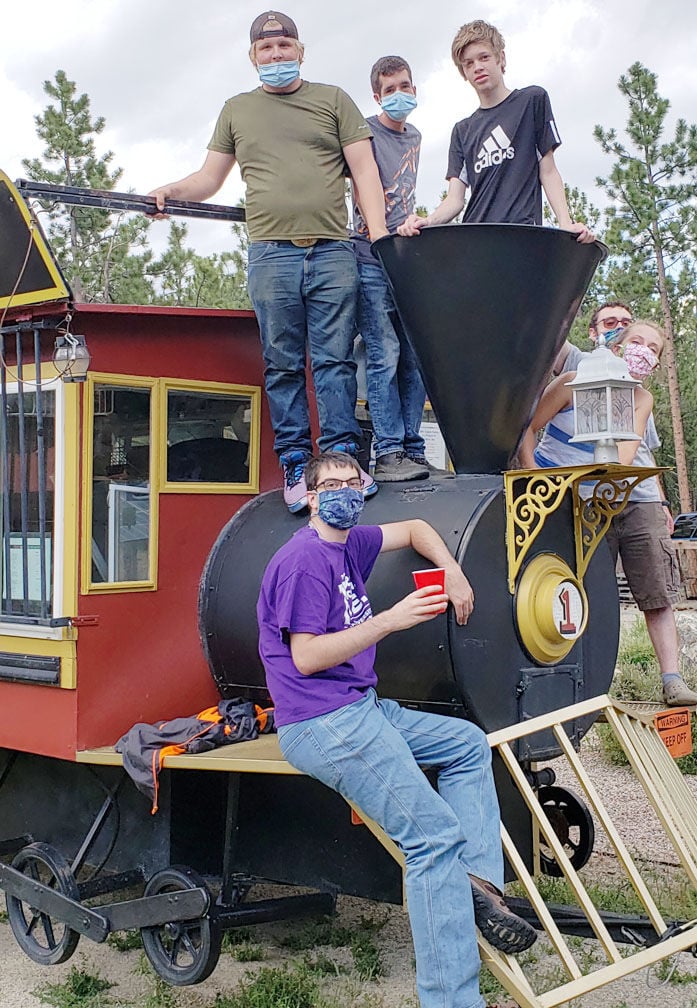 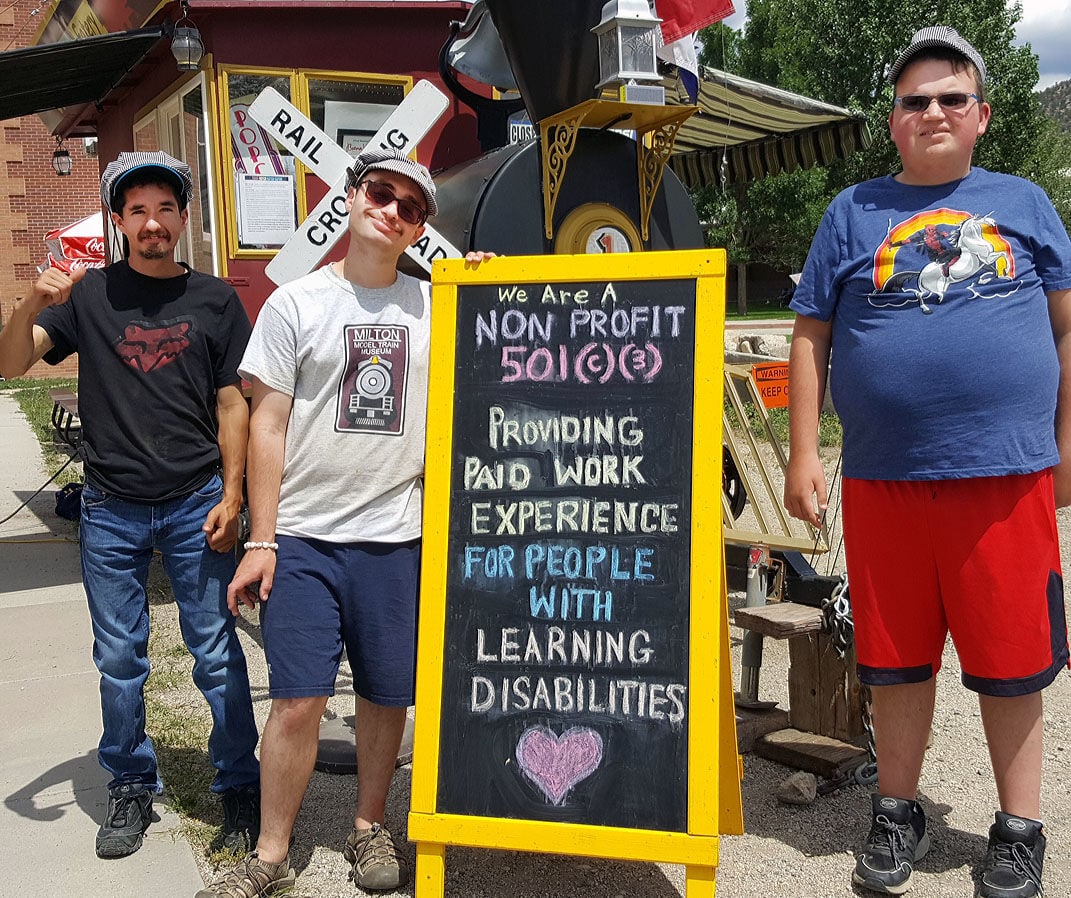 Even more distinctive than its looks and eats is its mission. Little Engine operates as a 501(c)(3) non-profit to provide social and cognitive skills training, job training and employment for teens and young adults with learning disabilities.

Achieve, Inc. was formed by Jenny Davis, attorney for Chaffee County. The story of how she came to found Achieve and Little Engine, which is also the story of raising her son was featured in a short film by WeAreChaffee.org which debuted shortly before this season’s opening.

“It was hard to do. It was all about my son and he hadn’t seen it and I kept saying, ‘Do you want to see it and are you OK with this?’ It’s really, really personal. It felt like it was almost therapeutic. It was a great process. I hope that they continue to do this program.

“And it’s funny because I work for the county and when I was reviewing the contract for that it seemed odd that our housing department was doing something like this. And then I found out what it actually did and how it builds community and it’s like, ‘Oh, what a great thing that our county is doing this.’”

In the film Davis describes the adversity her son experienced as a neurodivergent individual, first in school and then transitioning into the job market. “When he started looking for a job, I had to hold back tears as he sent out application after application. But he didn’t give up.”

Matteo has continued to persevere, now between junior and senior years at college, studying toward a minor in criminology this summer and majoring in recreation, hospitality and tourism, and working both at Little Engine and Mt. Princeton Hot Springs Resort.

Little Engine has employed 18 workers on the autism spectrum since its opening in 2017. They started small, on a tight budget, with Davis financing the entire operation herself. Her husband encouraged her to start applying for grants in 2019, the first of which she was awarded in the fall of that year.

The trailer sits along what is, for now, still a quiet stretch of East Main. In addition to helping their employees, Little Engine is also committed to doing right by customers.

“We don’t do a very good job in business because I try and keep the prices down. But to buy certified humanely-raised meats and high-quality meats is expensive. I want them to be affordable because I know what it’s like with a family —it’s hard to live here. Housing is outrageous and everything is so expensive.”

Davis said the grants and an enormous amount of community support have compensated for what has never been a profit-seeking business model.

“It’s been huge. I work full-time and so it limited the time I could keep this open,” she said. “Until last year, I was just open Friday, Saturday and Sunday because I was pretty much the mentor. I couldn’t afford to pay anybody. After I got grants, I was able to hire teachers, people who are qualified to be good mentors. So we started that last year, and it was great to be able to do that.”

The grants and support have also allowed Little Engine to upgrade its point of service from a broken cell phone and frequently wind-scattered order slips to a modern, restaurant-grade system.

“It’s the kind that you’d see at real restaurants and they can just touch what they need, it sends it to our kitchen, and we have another display that has the order there. Once they figure out how it works, they do really good. So having something like this, if they do want to go work in a restaurant, they’ll feel comfortable on a point of sale system,” said Davis.

Davis and her husband, Michael (who you may catch around town blowing harp in his band, Mountain Mantra) hope that Achieve, Inc. can continue to grow and bring increased awareness to the need for more support and services for neurodiverse and disabled young people in rural Colorado.

She notes that in larger cities and with larger companies “they’ve figured out that there are financial reasons to employ people on the spectrum, because they can make great employees. But to get that idea into the general public, it takes awhile for the society to understand.”

Even in big cities, businesses can still face backlash for employing neurodiverse workers. Davis mentions the recent case of Brewability & Pizzability, a Denver restaurant and brew pub, which was tagged by vandals three times in a single week in May, with messages such as “Alcohol and autism don’t mix.”

But Davis remains optimistic, and here in BV the Little Engine chugs on.

“Our customers are so supportive and delightful,” she said. “I’m very excited about this summer because we have some really good mentors. It’s like things are just starting to fall into place.”