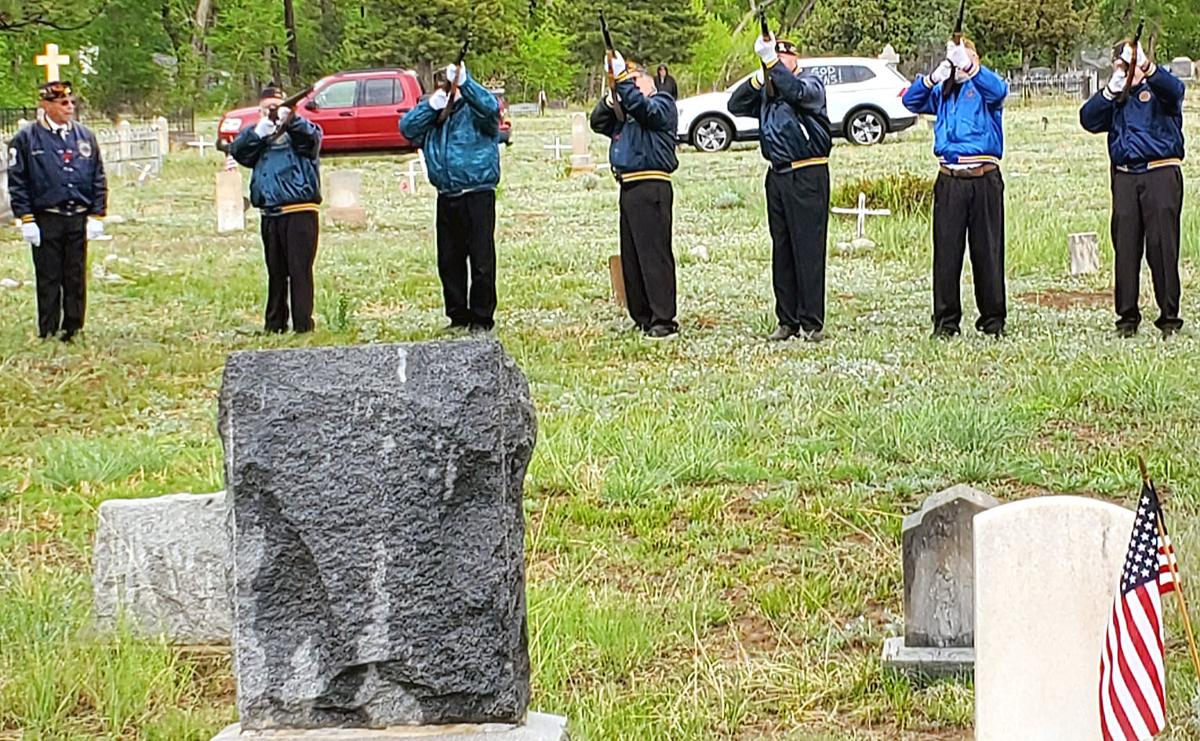 Rainstorms did not deter veterans and members of the public from gathering at Mt. Olivet Cemetery to honor America’s fallen soldiers.

Legion commander Darryl Atherton again led the service at the grave of Ernest Clifford Sexton at the cemetery’s north end. “These men and women didn’t die in service to their country by choice, but they did make a choice—the choice to serve the nation and defend the freedoms we Americans have shared for more than 200 years,” he said in a prepared speech.

“To honor their choice we gather in places such as this throughout the world. In places like Arlington National Cemetery, Luxembourg, Normandy, Okinawa and here, in Buena Vista.”

He went on to say, “It is ... a time in which we can rejoice and reflect. We can rejoice in the fact that their sacrifice was not in vain. There was a purpose: The cause of freedom. And as we reflect on the service and sacrifice of millions of Americans who served in our nation’s armed forces, we can stand with pride and respect, for without their sacrifice, we may not have had the opportunity to gather, as we have, to honor them.”

“We remain forever grateful. We miss you. May God’s light shine upon you. And we will never forget,” said Atherton.