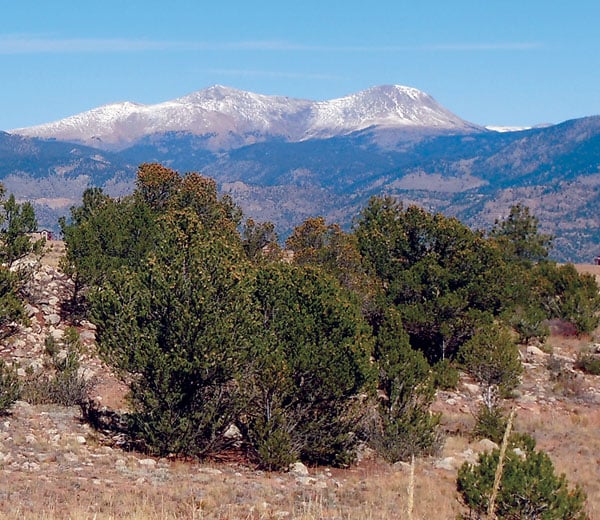 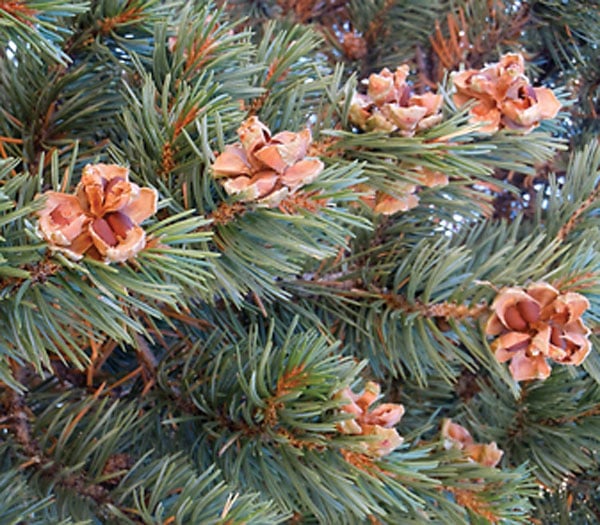 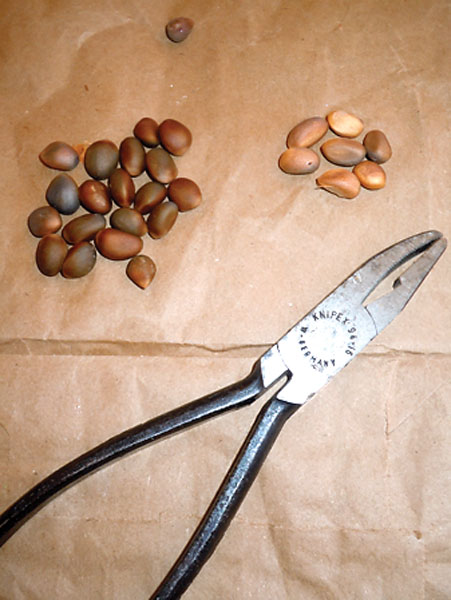 An example of the difference in seed color. Seeds on the left are dark brown and contain pine nuts whereas seeds on the right are light brown and void of nuts.

An example of the difference in seed color. Seeds on the left are dark brown and contain pine nuts whereas seeds on the right are light brown and void of nuts.

Piñon pine nuts can be found throughout the southwestern United States including Chaffee County from late August to the beginning of October. There are two types of piñon pines, Pinus monophylla, or a single leaf piñon and Pinus edulis, also known as the Colorado piñon.

In Colorado, piñon pines can be found on the western side of the Sangre de Cristo Mountains, by the Great Sand Dunes National Park, near the foothills of Colorado Springs, up to Golden, east of Trinidad, and in Chaffee County.

Piñon pines are most abundant near Trout Creek Pass and near Limestone Ridge, according to the USDA Forest Service, but they can be found throughout the valley.

Residents do not need a permit to harvest for personal use, but if they are collecting pine nuts to resell for commercial use of a permit is required.

“I saw people on the side of the road picking pine nuts. I stopped to talk to them,” she said. “I wasn’t really interested before, but I started harvesting on my own, and found it was a lot of fun.”

There are several ways to harvest piñon pine nuts.

People that harvest early in the season can pull the cones off of the trees when the cone is still closed and green. After the cone has been removed from the tree, harvesters can pull out the seeds by breaking open the cone.

However, at this point in the harvesting season, the majority of the cones are already open and the seeds are exposed.

It is still best for harvesters to remove the entire cone before removing the seeds in order to prevent the seeds from falling on the ground.

It is best to use gloves when harvesting because there is a decent amount of sap on the cone’s exterior.

Good seeds can be identified by color.

Individuals can break open seeds with a blunt object like a spoon, knife or pliers, but it is recommended to use a rolling pin to gently break open the seeds without damaging the nuts inside.

Piñon nuts can be eaten raw, but most people prefer to roast them. There are several ways to do this. One way is to roast the nuts in the oven at 350 degrees for about ten minutes on a flat tray, shaking the nuts halfway through. Nuts can also be roasted in a skillet on low heat.

Piñon pine nuts have been eaten in Europe and Asia for centuries, but it was the Native Americans who first began to harvest the nuts in North America.

The nut meat can be added to meat, fish, salads, and vegetable dishes as well as added in coffee and tea.

They are an excellent source of protein and even more so than most other varieties of nuts. The best way to preserve piñon pine nuts is either in the refrigerator for up to one month or the freezer for up to three months.

The seeds and nuts must be kept in an airtight container or the oil will turn rancid and thus inedible.

Harvesting piñon pine nuts is a fun fall activity that anyone in Chaffee County can try.

“You can harvest a lot of piñon nuts from just one tree,” said Heller. Just one harvest can produce more than enough nuts to add to any great dish this season.

Bring a basket and/or container to place the seeds in.

Remove cones from trees using gloves to protect from sap.

Piñon pine nuts are the best dry-fruit and I love to eat them in fall each year. With fall another thing comes that relates to fashion and that is jackets. Leather jackets are the best that I like to buy in fall every year and I trust Celebsclothing for that.