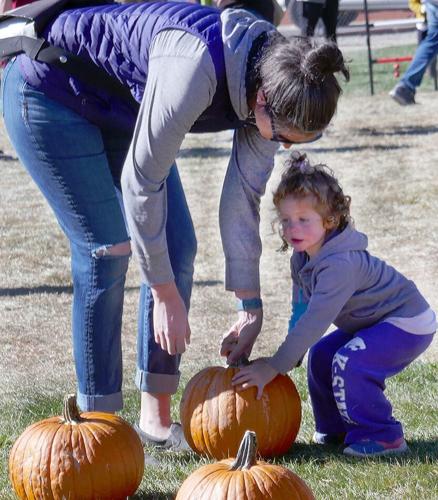 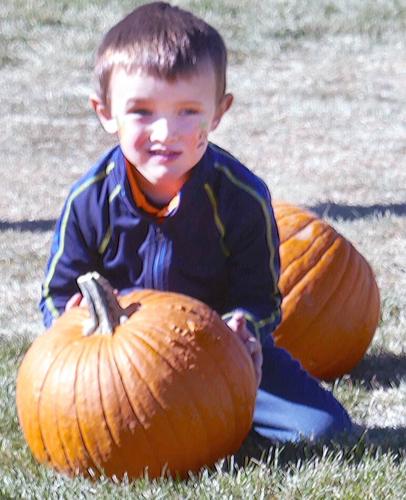 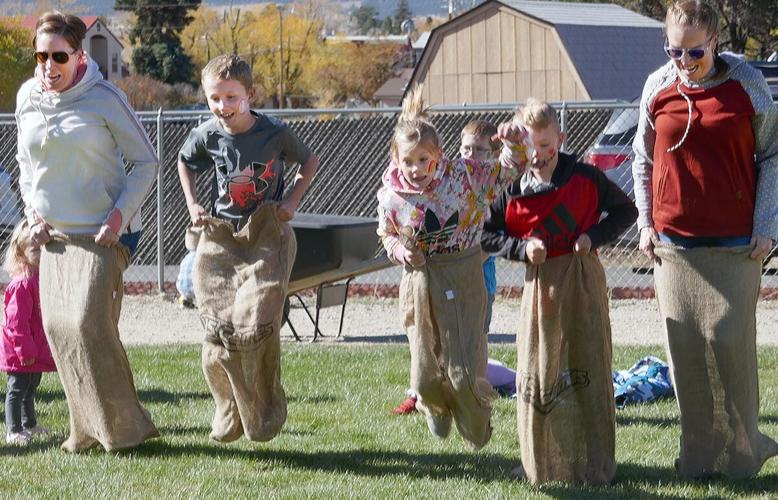 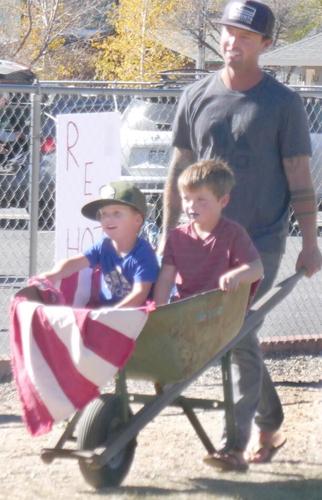 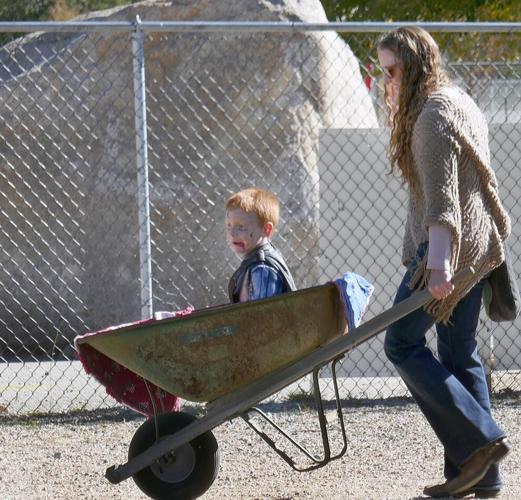 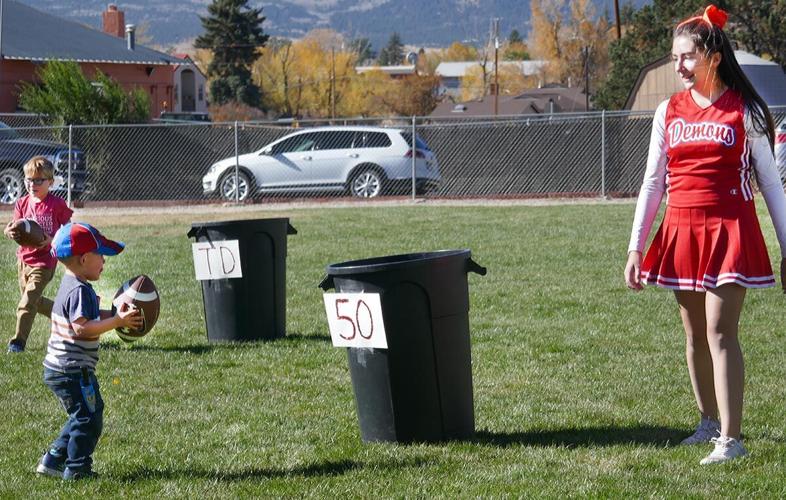 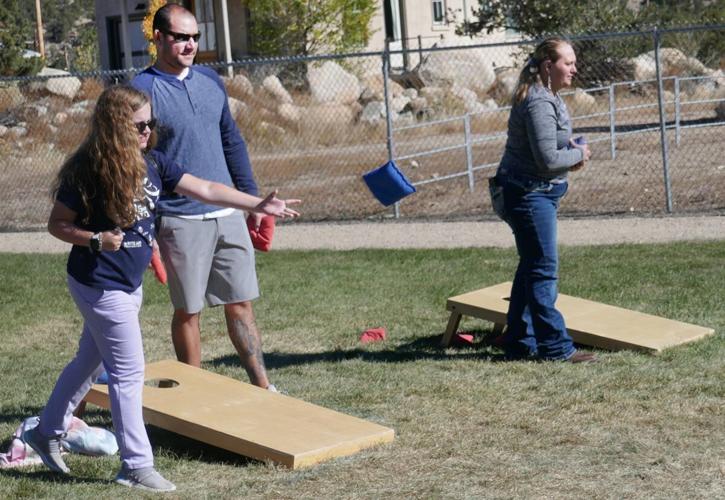 Families filled the field behind Avery-Parsons Elementary School Saturday for a day of games, treats and pumpkins at the inaugural Pumpkin Patch.

This event launched for the first time this year as a fundraiser for the Buena Vista High School cheerleading team. According to head cheerleading coach Makenzie Eix, this will become an annual fundraiser event.

“We’re looking to raise money for cheerleaders so we can provide new uniforms, go to competitions, go to different camps coming into the summer for the next year,” said head cheerleading coach Makenzie Eix. “Since we decided it’s Halloween time, we wanted to put together a pumpkin patch and bring the community in because I do work at the elementary school . It was a great way to pull our cheerleaders in to interact with families and kids.”

BVHS cheerleaders offered snacks and drinks and face painting while supervising the many activities spread across the field, including cornhole, football throw, sack racing, wheelbarrow rides and more.

“It’s really fun to see the kids out here, enjoying themselves and playing games,” said cheerleader Elli Brooker who was overseeing the football throw game. “It’s fun to be with the cheer team out here with all these kids.”

The many children present visibly enjoyed trying out the different games, including 9-year-old Lakensia Miner who especially liked the duck game.

“It’s good to raise money for the cheerleading team,” she said.

Parents such as Tim Tognacci also appreciated the chance to come out and have some fall fun with their kids, getting a pumpkin and checking out all of the games. “I think it’s a lot of fun,” he said. “It’s awesome that there’s something going on, on a Saturday. If you want to come down and see more of the community, it’s fun.”

Eix said the cheerleading team was nervous at first about the event. Their nerves were put at ease after the first hour saw so many families with more coming in afterward. By the end, about $1,300 had been raised.

“Overall, I think it turned out really well,” Eix said. “We had a huge turnout. We noticed that our community is willing and ready to support the cheerleaders. It was great because we did run out of pumpkins super fast. We still had tons of families come out and just want to hang out and play and buy a bunch of treats from us.”