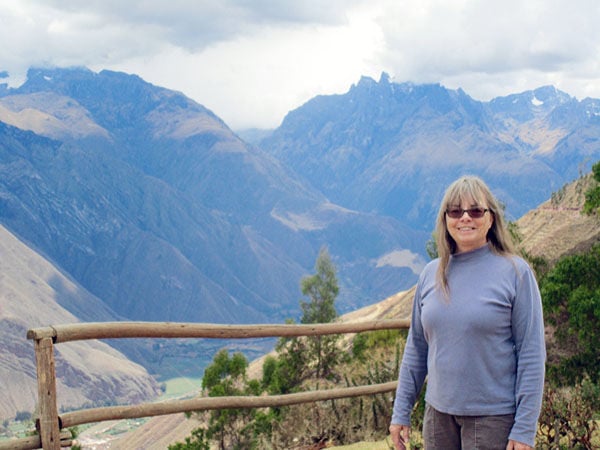 Leah Cerise, on a recent trip to Peru 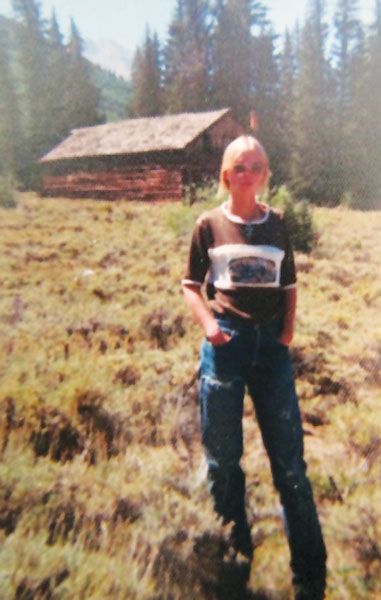 Leah Cerise standing in front of the old barn at Interlaken in 1975. 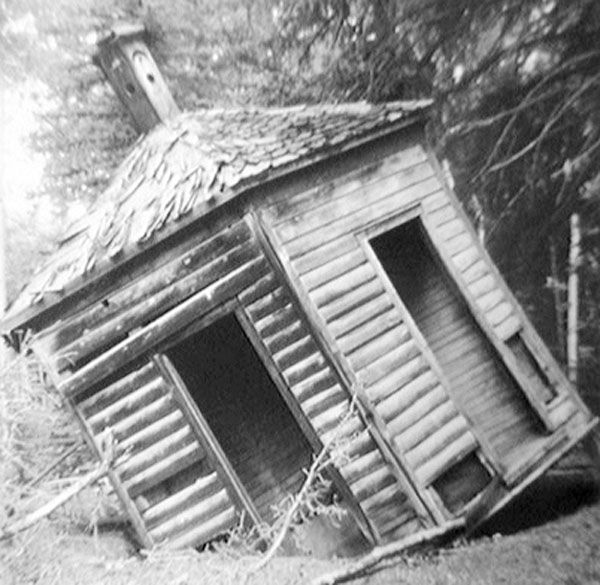 The eight-sided outhouse that corresponds to the eight rooms in the annex building.

Leah Cerise, on a recent trip to Peru

Leah Cerise standing in front of the old barn at Interlaken in 1975.

The eight-sided outhouse that corresponds to the eight rooms in the annex building.

Not everyone can say that they lived at the Dexter Cabin at Interlaken in Twin Lakes and ferried across the waters to catch a bus for school. But that was the life of Leah Cerise and her two younger sisters for a period of a few weeks every summer in the late 1960s and early 1970s.

The Dexter Cabin was the private residence of James Dexter, who built it in the 1880s and resided there for about 20 years.

Cerise says, “This period of time was when Interlaken was the Rocky Mountain resort to visit in Colorado. There was a hotel, a barn, stables and a separate building for cooking.

“In addition to the hotel, there was an octagon outhouse, which provided a private outhouse for an additional smaller eight-room annex building on the property. Also, unusual for the times, there was actually an outhouse in the second story of the main hotel.”

She says there were also two smaller buildings on the property that were used for storage and tools. She adds, “But, back in the heyday, those buildings were also used to store ice.”

Eugene Bond was the attorney who owned the property after Dexter, and a friend of Cerise’s father.

“Mr. Bond asked dad to be the caretaker of the property as the area was becoming increasingly vandalized,” Cerise says. “People actually carted off all the artifacts that were on the property including pieces of wood from the buildings.”

Cerise’s family lived in the village of Twin Lakes from 1964-1977 but stayed in Dexter Cabin during the summer months, sometimes into October, so during the first couple of months of school her father would boat them across the lake to catch the bus, and meet them at the bus stop after school to boat them back.

“It was such a fun and unique time in life,” she says.

Cerise says that as a youngster she loved the quietude of the area. “My parents also really instilled the value of the history of the Dexter Cabin,” she says. “Here we were, actually living in a piece of history.”

She says that people might be surprised to know they had hot and cold running water, electricity, telephone (a party line) and “so even though we isolated, we were connected to people – but we had this amazing opportunity to take care of history.”

Cerise’s father was also very involved in the construction of the power plant at Twin Lakes and continued to work for the plant for many years, even after their tenure as property caretakers.

Her mother eventually became the postmaster of Twin Lakes.

“During those summer months, I remember my mother fishing off the dock and catching fish for dinner,” she says. “And it was really fun to share the area for Fourth of July barbecues with friends who would come across the lake for the day. There used to be a little marina at Twin Lakes from which fireworks were shot off, and the reflection of the fireworks on the water was so magical for the kids, as well as the way the percussion from the fireworks would roll off the water.”

There were many places that fascinated Cerise on the property, but she says, “One of my favorite places to sleep, was at the top of the staircase in the cupula; looking up out the windows and seeing the stars – back before air traffic and satellites were in the sky.”

Cerise credits her father with her fascination with the natural world.

“Dad had such a knowledge of the natural world. He would identify edible and medicinal plants, teach us how to watch the sky and clouds, point out wildlife. I would not trade my childhood for anything. It was an amazing time to grow up, with Mount Massive Wilderness Area and Collegiate Peaks Wilderness Area right in our backyards.”

She says they enjoyed snowshoeing in the winter months. “In Twin Lakes you just jump outside and go for a walk – without the fancy equipment of today. And of course the kids loved to sled down Mt. Bump, a hill that was named after us girls,” she laughs.

“Growing up so connected to the natural world really instills an appreciation for life when you grow up that close to the wild things.”

Cerise says that after her family’s years as caretakers, eventually the Bureau of Reclamation, the U.S. Forest Service and the State Historical Society began renovations, which helped to continue to protect the property.

“It is nice to see that it has kept its state historical recognition and is being preserved. The history will continue to live as long as there is that appreciation for its history.”

She likes the fact that it is easily accessible by trail, mountain bike or boat.

She says, “It’s not a strenuous hike or mountain bike ride, so people can make it a destination while helping to preserve that history.”

In the late ‘70s, Cerise says that the Bureau of Reclamation bought out her parents’ home in Twin Lakes when they were enlarging Twin Lakes for the Frying Pan Arkansas Project. “They dammed Turquoise Lake, Twin Lakes and Clear Creek so water could be used on the Front Range. That’s when my folks moved to Buena Vista.”

Cerise eventually earned a degree in accounting and worked for years as a book keeper/accountant. “But, I grew up my whole life around artists, too,” she says. “In their spare time, mother was a fiber artist and my father was an oil painter. Both my sisters also worked with fiber in knitting and plastic canvas.”

She says that one year in Buena Vista, the Chaffee County Council of the Arts held a fundraiser and Sally Ann Paschal auctioned off a printmaking class.

“I was the highest bidder,” Cerise says, “and that began my journey as a printmaker. I’m not surprised that it resonated with me, because I’ve always loved art.”

She has attended numerous workshops in Snowmass and Sante Fe over the years. Now that she lives in Ridgeway, her main focus is her art.

FAMILY Father Francis Connors (90),  Served with General Patton in WW2. He is from Leadville, was raised during the Great Depression and was a ranch hand at Hayden Ranch; sister Kim Connors, who helps care for Francis.

NOTABLE Lived with parents and two sisters at the Dexter Cabin at Interlaken late 1960s- early 1970s during the summer months. Cerise’s father was caretaker of the property of 200 acres for about five summers.

FAVORITE MOVIE “A River Runs Through It.”

FAVORITE Quote “Every day is a school day.”

FAVORITE SOUND Wind in the trees.