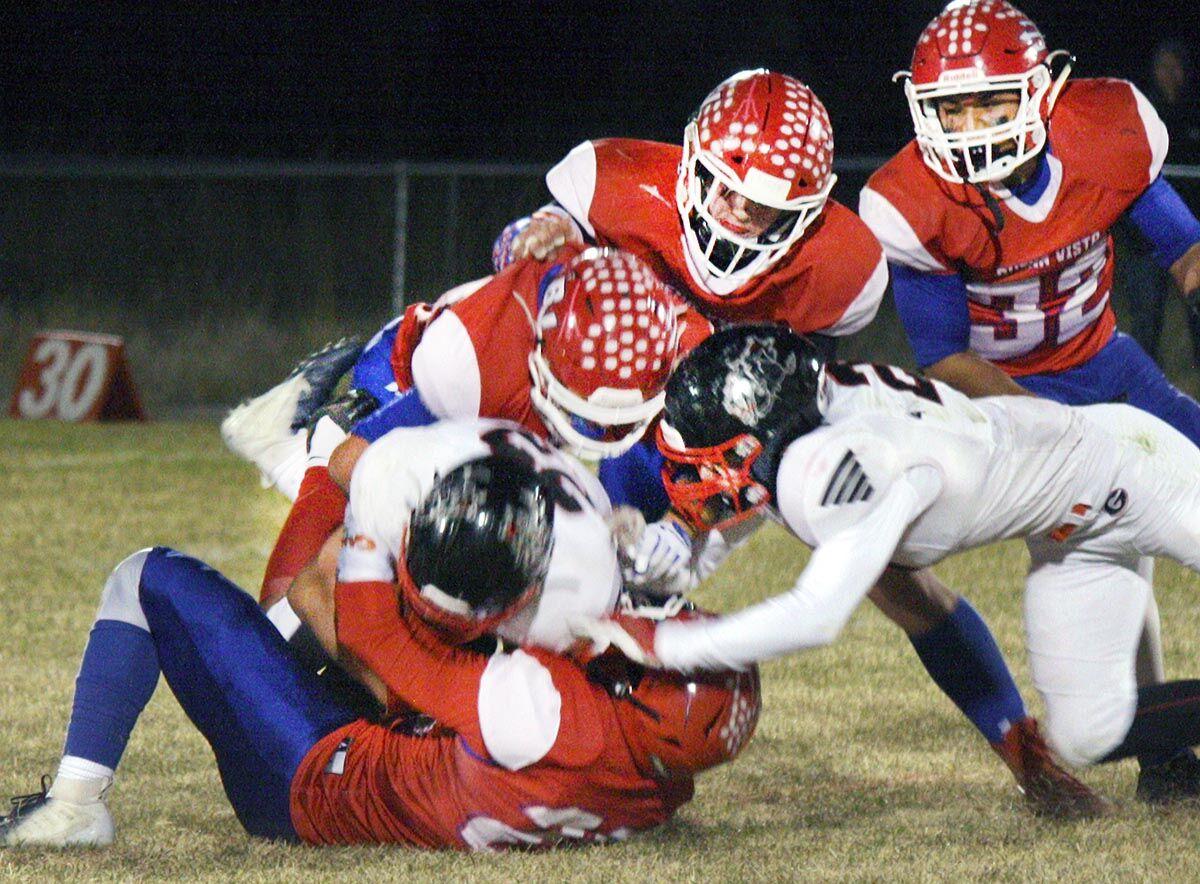 Demon defenders swarm together to tackle a Gunnison runner in the first half of a 42-14 win Friday. 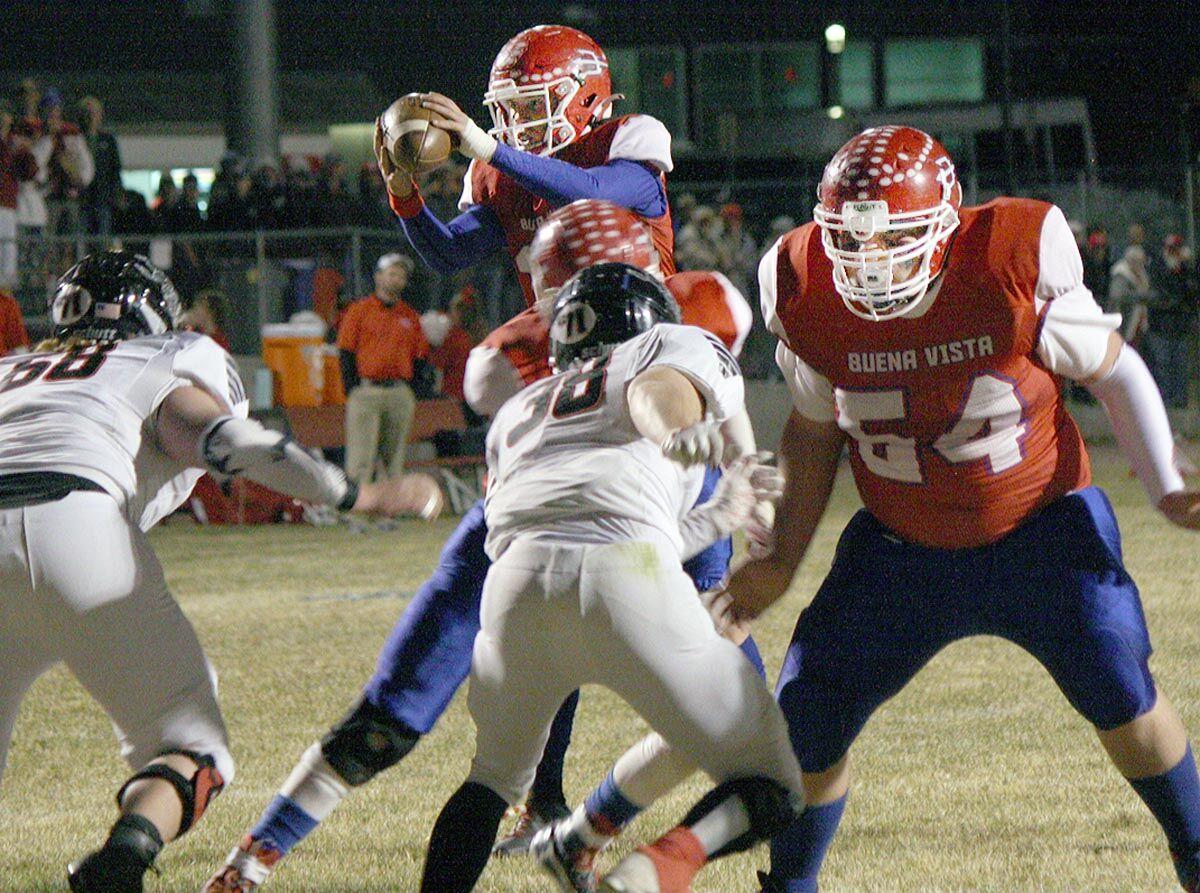 Demon defenders swarm together to tackle a Gunnison runner in the first half of a 42-14 win Friday.

The Buena Vista Demons advanced to the quarterfinal round of the Class 1A state football playoffs via a 42-14 home victory over the Gunnison Cowboys.

Gunnison deferred their win of the coin toss giving the ball to the Demons on the opening drive.

The only hope the visitors had of stopping the charge short of the goal line was the barrage of Demon penalties.

Once the Demons overcame themselves, they managed to score six points on 9-yard Haden Camp run. Tam Flowers started another perfect night of kicking when he converted the extra point and the Demons had shaken off the rust of the bye week with a 7-0 lead.

“We were able to get some first downs and overcome some penalties and get going,” said Demon head coach Matt Flavin. “Penalties are a lack of mental focus and that possibly comes from having a week off.”

Buena Vista’s defense showed no signs of a week off when it took the field. They demonstrated the same tenacious swarming attack and solid tackling. They limited the Cowboys to minus 1 yard in their first three plays and forced a punt.

Buena Vista scored again six plays later. It was a mix of five running plays with a 12-yard Camp to Flowers completion sandwiched in the middle. Jacob Phelps ran it in from 20-yards out to score the touchdown.

The Demons were up 14-0 in the first quarter.

The pattern that was set early continued throughout the first half with Buena Vista scoring on every offensive possession while Gunnison managed only one first down. Camp had one more rushing touchdown and threw a 12-yard strike to Tucker Storms for a score.

Ethan Flavin had a big night carrying the ball and managed to add to the Demon total when he carried it across the goal line from 3 yards out for a score with 2:00 remaining in the second quarter.

The halftime score was 35-0 and the mercy rule went into effect in the second half with 8:54 remaining in the third quarter when Phelps scored his second rushing touchdown diving in from the 4 yard line.

The Buena Vista coaching staff took advantage of the opportunity to rest their starters and get playoff playing time for the backups the rest of the way.

Gunnison found some offensive success against the younger Demons, who made the Cowboys work to get to the goal line. The visitors found pay dirt on a run of 31 yards and a pass play for 3 yards before the clock ran down to end the game.

Next up for the Demons will be a home game with more Cowboys from the Western Slope.

Meeker reaches the quarterfinal game with the Demons by stopping the Holyoke Dragons 42-35. The host Cowboys found themselves in a 21 – 21 tie at half before taking a 28-21 lead in the fourth. Both teams put up 14 in the final stanza and Meeker held on to win.

The Cowboys and Demons played a barnburner in week four of the season in Buena Vista. Buena Vista fell behind 14-0 and then came back to tie the game in the second half. Tam Flowers knocked a 42-yard field goal through as time expired to record the win for the Demons.

“They are a very physical, disciplined, and well coached team,” says Flavin. I do think we are a more disciplined team than we were the first time we met.”

“They like the big play, and hopefully we can limit those. Coach D. (referring to Defensive Coordinator Kip Drawbridge) lives and dies by who ever tackles and blocks better will win these kinds of games. We need to go play disciplined and do our job at the positions. If we do that, we will give ourselves a good chance at the end of the game,” said Flavin.