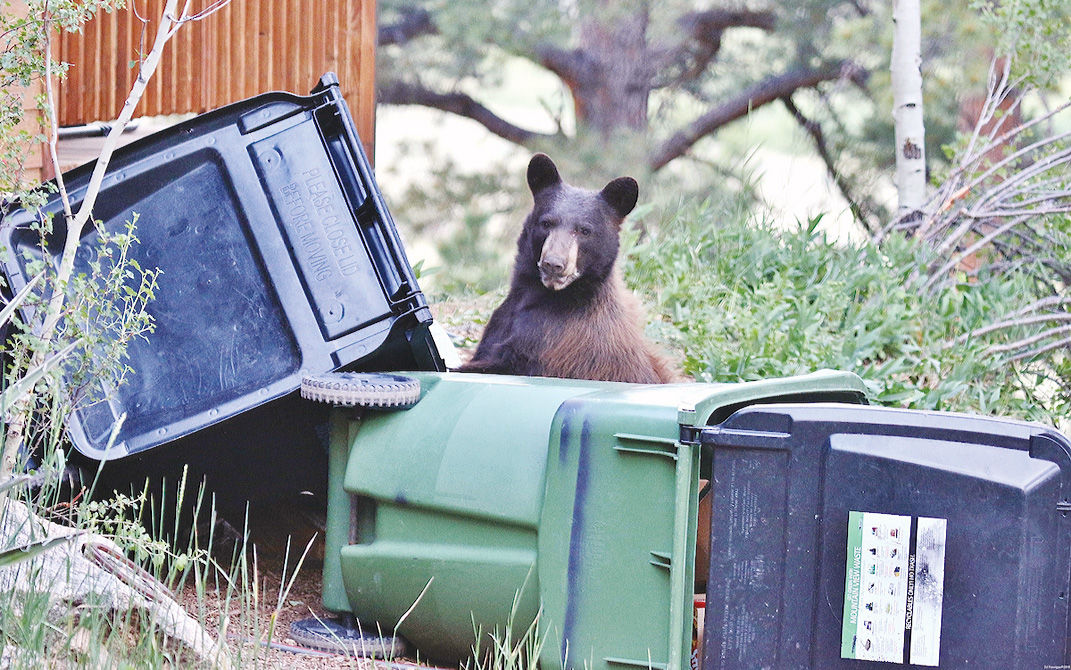 Keeping trash secured is a major responsibility for being bear aware in Colorado. Human-bear conflicts are most often due to people’s careless treatment of trash and food. You can help save bears’ lives by being Bear Aware. 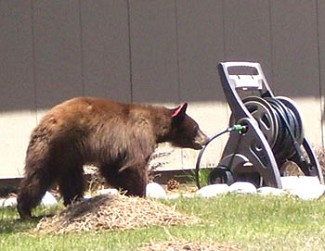 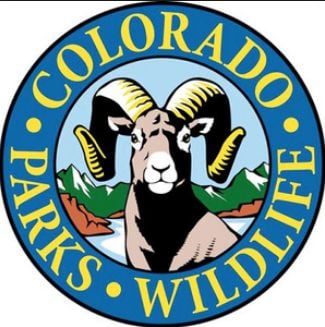 Keeping trash secured is a major responsibility for being bear aware in Colorado. Human-bear conflicts are most often due to people’s careless treatment of trash and food. You can help save bears’ lives by being Bear Aware.

DENVER - Colorado Parks and Wildlife received 3,130 bear reports from April 1 through Oct. 1, down from the 4,412 reports over the same timeframe the previous year.

However, that number is growing as bears are now in hyperphagia, the period when bruins are preparing for hibernation and spend up to 20 hours a day on the hunt for 20,000 or more daily calories.

Most of the reports involve bears trying to access human food sources and CPW is calling on residents to remove attractants to reduce conflicts and keep you and the bears safe.

“Bears are biologically driven to pack on calories in preparation for winter and they spend increasing time looking for the most efficient way to do so,” said Area Wildlife Manager Kris Middledorf. “Residents must realize it is their responsibility to secure their trash, remove other food attractants such as bird feeders, and protect backyard livestock with appropriate electric fencing to avoid conflicts that arise from attracting bears to homes.”

Although bear calls are down statewide in 2021, there are still some areas of concern. CPW’s bear report numbers since the start of hyperphagia indicate the Routt County area is seeing more bear calls this year.

“We don’t know for certain yet whether that’s due to drought, lack of natural food sources or other factors,” Middledorf said. “CPW is grateful that the Steamboat Springs community worked with us last year to pass a bear-resistant trash container ordinance, which has really helped with what might have been a year with even more conflicts.”

Drought conditions and other factors that may influence the availability of natural food crops for bears varies across the state, as does the behavior of people when it relates to human-bear interactions. Those all play a role in the bear activity that we see annually. Below is a localized perspective on current bear activity across the state.

“The Buena Vista, Salida and Canon City areas had plenty of rain during the early summer. The result is good mast production. Apple, chokecherry, serviceberry and scrub oak all produced good fruit. The bear activity has been consistent throughout the area and we are still having reports of bear issues around homes. We continue to encourage people to remove and minimize attractants around their homes. These include bird feeders, fallen fruit, and, of course, trash. Colorado Parks and Wildlife recommendations to reduce conflicts with wildlife do work as long as homeowners and visitors consistently follow the suggestions. We have had success educating residents that have had bear problems and have been able to avoid trapping bears in September and early October.” ~ Sean Shepherd, Area 13 Wildlife Manager

“We were fortunate this year because we got good precipitation and didn’t get the same drought they did on the West Slope. Our mast crop in Area 1 is in really good shape. The lack of securing trash as well as not removing bird and hummingbird feeders continue to be the biggest problems.” ~ Mark Lamb Area 1 Wildlife Manager

“Conflicts are down from last year; however, we continue to have unnecessary conflicts with bears in Middle Park as result of poor trash management and bird feeding activities despite a decent natural food year. We are thankful that some residents are being responsible and have taken action to live with wildlife, but it ultimately takes a community effort. We continue to ask residents and guests in Middle Park to remove attractants, secure your homes, camp responsibly, and remember to lock those vehicles. It takes everyone to do their part to care for Colorado’s wildlife.” ~ Jeromy Huntington, Area 9 Wildlife Manager

But even with natural sources of food being plentiful, Sralla said that people must continue to practice standard bear-aware habits.

Colorado Parks and Wildlife offers a reminder that by taking some simple precautions, you can avoid human/wildlife conflicts and help to keep bears wild.

- Keep garbage in a well-secured location.

- Only put out garbage on the morning of pickup.

- Use a bear-resistant trash can or dumpster; available from your trash hauler or on the internet.

- If you don’t have secure storage, put items that might become smelly into the freezer until trash day.

- Bird feeders are a major source of bear/human conflicts. Attract birds naturally with flowers and water baths. Do not hang bird feeders from April 15 to Nov. 15.

- If you must have bird feeders, clean up beneath them every day, bring them in at night, and hang them high so that they’re completely inaccessible to bears.

- Do not attract other wildlife by feeding them, such as deer, turkeys or small mammals.

- Don’t allow bears to become comfortable around your house. If you see one, yell at them, throw things at them, make noise to scare them off.

- Secure compost piles. Bears are attracted to the scent of rotting food -- and they’ll eat anything.

- Bears have good memories and will return to places they’ve found food.

- Allow grills to burn for a couple of minutes after cooking to burn off grease and to eliminate odors. Clean the grill after each use.

- Clean up thoroughly after picnics in the yard or on the deck. Don’t allow food odors to linger.

- If you have fruit trees, pick fruit before it gets too ripe. Don’t allow fruit to rot on the ground.

- Lock your doors when you’re away from home and at night.

- Keep the bottom floor windows of your house closed when you’re not at home.

- When car-camping, secure all food and coolers in a locked vehicle after you’ve eaten.

- Keep a clean camp, whether you’re in a campground or in the backcountry.

- When camping in the backcountry, hang food 100 feet or more from campsite; don’t bring any food into your tent.

- Cook food well away from your tent; wash dishes thoroughly.

- Talk to your neighbors and kids about being bear aware.

- If you keep small livestock, keep animals in a fully covered enclosure that is electrified. Don’t stock or store food outside, keep enclosures clean to minimize odors, hang rags soaked in ammonia and/or Pine-Sol around the enclosure.

- If you have bee hives, install electric fencing where allowed.

Colorado Parks and Wildlife is providing additional resources to assist with your media coverage on being Bear Aware in Colorado this fall, so residents can work towards keeping our bears wild.

The link below will open a folder containing:

• Folder recapping reported bear conflicts in 2020 in Colorado, including sample reports and a progression of reporting in 2020

• Video and photos from recent bear-human encounters in the state

If you need additional images or to schedule an interview, please contact your regional Public Information Officer.