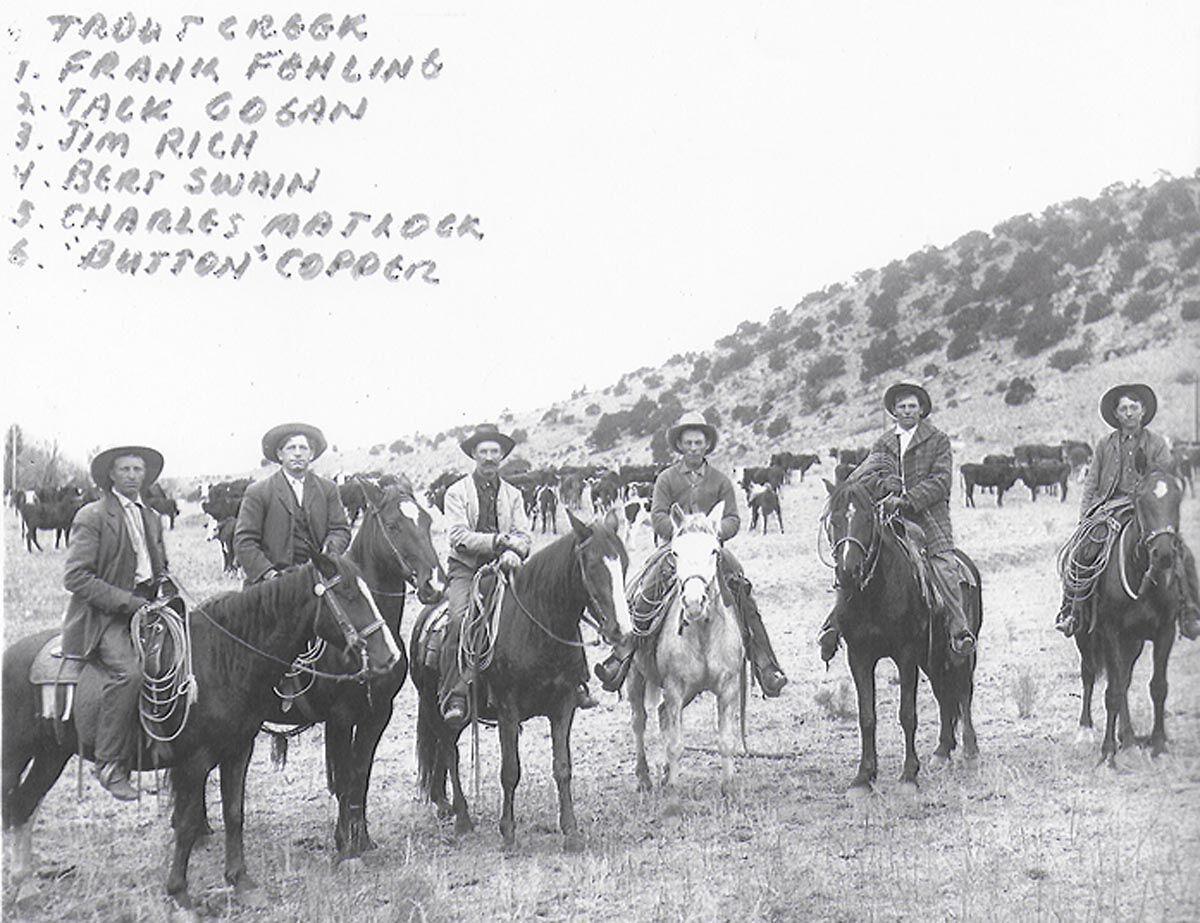 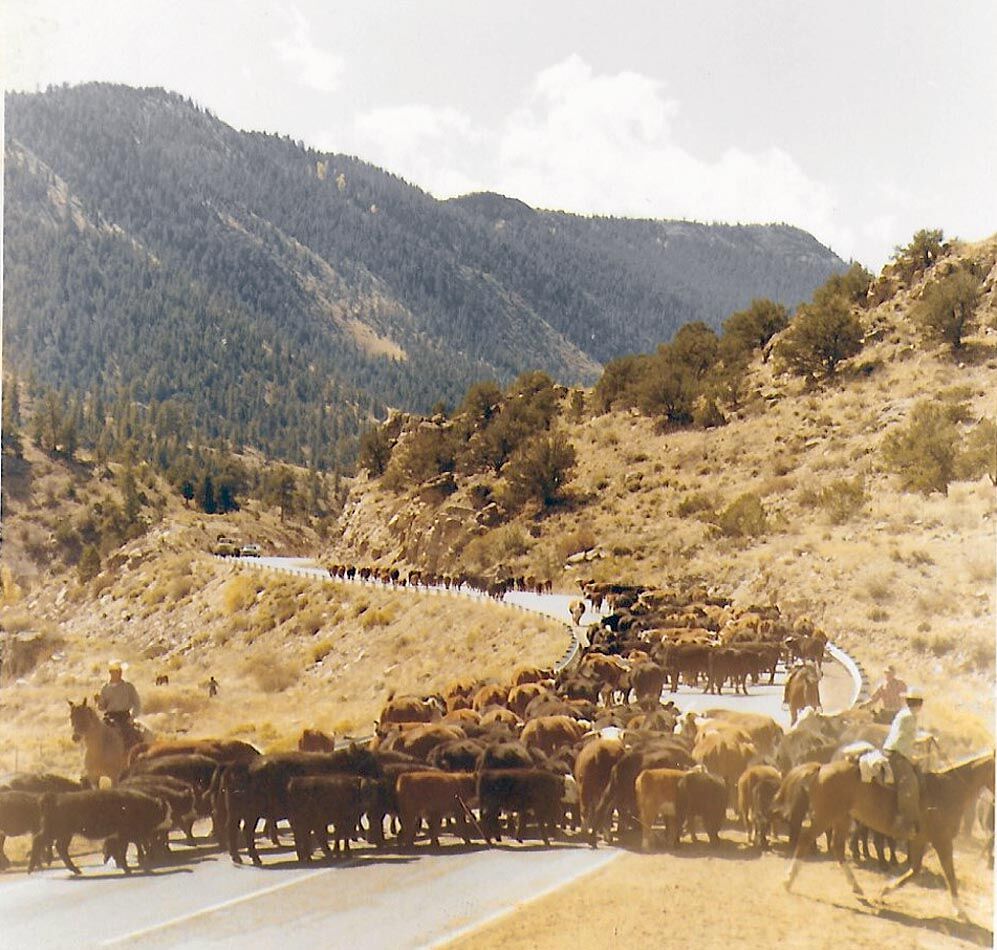 Area ranchers were driving their cattle into Bassam Park and Badger Basin in South Park to summer pastures as early as 1900 and as late as 1968. Area ranchers participating in the 1960s were the Sailors, Rooks, Morrisons and Kellys.

This drive was in the fall of 1966 and included the cattle of Troy Kelly, Ray Sailor and Bill Rooks. The drives were accompanied by local cowboys including the ranching families and others such as Buck Turner and Dale Kaiser and sons. There were often as many as 350 cows and calves and some bulls.

The drive bringing back the cattle is shown in the photo. They followed through Kaufman Pasture down through Mushroom Gulch and then onto U.S. Highway 285 down Trout Creek Pass.

The confused cattle and bawling calves were hard to move and motorists became impatient.

A red sports car tried to push through, honking loudly which made matters worse.

Ray Sailor rode up and tried to get him to calm down and when he continued honking Ray slapped his coiled lariat on the roof of the car. The honking stopped.

Another picture shows ranchers and cowboys on Trout Creek in early 1900. The cowboys are listed on the photo.

For more information on the heritage behind the history of Buena Vista, visit BuenaVistaHeritage.org