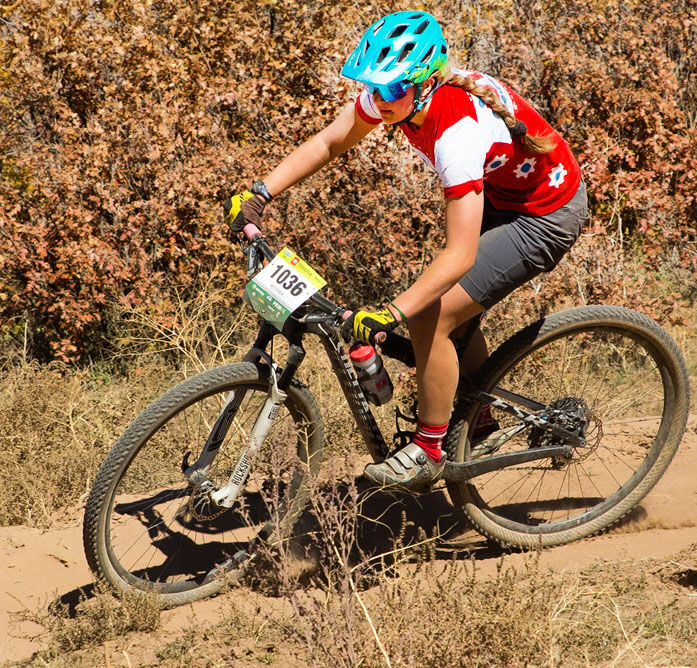 BVHS senior Mitchek Colley rolls on her way to a 26th place finish. 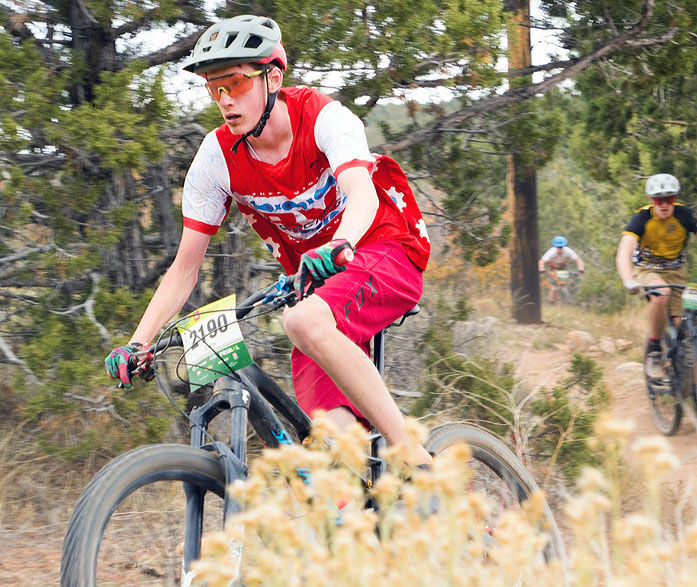 Zach Dylan rides in the state championship race Saturday in Durango. The day before he ran in the regional cross country competition on the other side of the state in Rocky Ford.

BVHS senior Mitchek Colley rolls on her way to a 26th place finish.

Zach Dylan rides in the state championship race Saturday in Durango. The day before he ran in the regional cross country competition on the other side of the state in Rocky Ford.

“As a D2 team we score our top 10 placers. We had qualified 13 for state, but ended up with only 10 participating,” coach Kathy McMurry said. “With Ace England getting a DNF for his varsity race  the team had to take no points for that 10th spot. Before the varsity boys race we were sitting in the 5th position, we are very proud of our 11th finish.”

BV Racing placed 19th at the last state race in 2019, also in Durango.

“Mitchek had a very strong race in the varsity girls, which I fully expected. She had raced the state course as a sophomore and has grown as a rider,” McMurry said. “This season Mitchek was dedicated 100% to the MTB team, as a sophomore she split her time with volleyball, so the commitment and leadership she brought this season was a great addition to her skilled riding.”

“Josh had his best race at state,” McMurry said.

“Ace and Elena were both strong riders and team leaders,” McMurry said. “Elena, a senior and Legacy rider, has been the most improved rider since her freshman year. She has consistently climbed her way up in the placing and we can always count on her for scoring team points with high placing.

“Ace, a very strong, dedicated and spirited senior and Legacy rider, just could not get any good luck on his side this last season,” she said. “Between mechanicals early in the season and some health issues, it was hard to put together a strong showing. Ace has stayed positive, been an incredible teammate and did not let any misfortune on the race course dim his shine.”