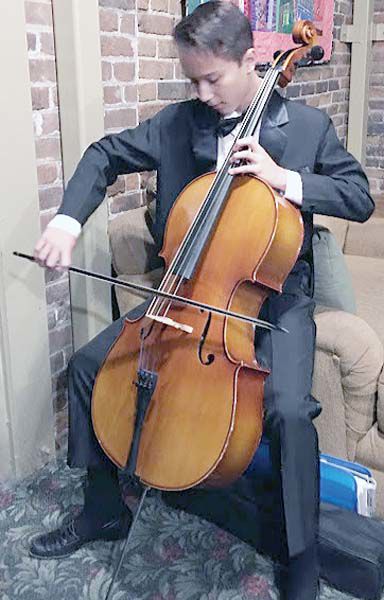 Buena Vista’s Armani Alarid warms up on the cello prior a performance. The 14-year-old has played with the middle school band and Alpine Orchestra before being accepted into Denver School of the Arts this fall. 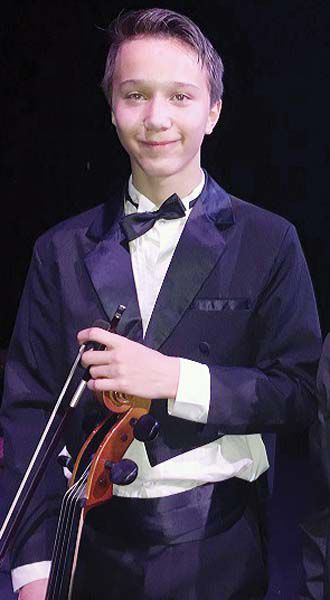 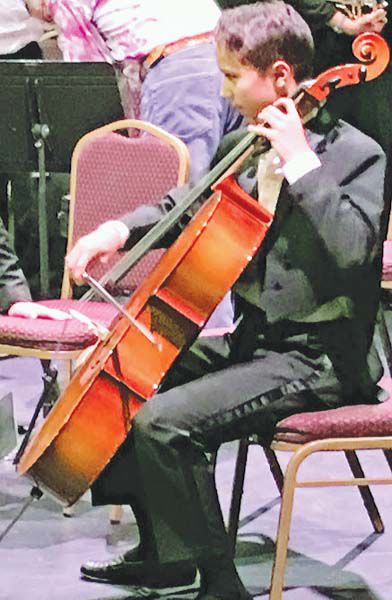 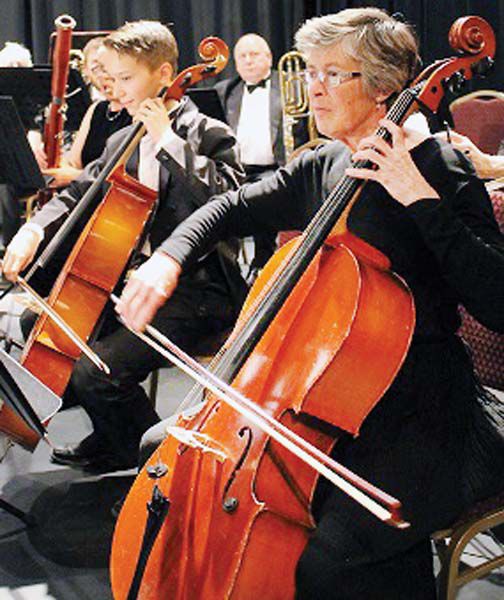 Buena Vista’s Armani Alarid warms up on the cello prior a performance. The 14-year-old has played with the middle school band and Alpine Orchestra before being accepted into Denver School of the Arts this fall.

An African proverb states ‘it takes a village to raise a child.’

While surviving the daily hustle, it is easy to overlook individual effects on the formation of life, but with Armani Alarid, a 14-year-old Buena Vista cellist, handprints of the village are easy to see.

Alarid, currently living on the Front Range while attending Denver School of the Arts, is in many ways a typical teen.

He enjoys riding his bicycle and playing video games. He is also a talented musician, specializing in the cello, and was recently accepted into the arts preparatory school.

But were it not for an obsession with pirates and videos games, classical music might never have entered his vision.

“When I was little, I was obsessed with pirates,” Alarid recalled. “My mom bought me a pirate video game. The soundtrack played one tune over and over, and I fell in love with that song.”

The piece, “Prelude to Cello Suite No. 1,” by Johann Sebastian Bach is one of Bach’s most recognizable and popular works.

“Sometime later, I saw a documentary about Yo-Yo Ma and heard him play that same song. I was hooked.”

Yo-Yo Ma is considered by many as the most exceptional cellist ever, and has recorded 90 albums and won 18 Grammy Awards.

“I’ve never had a student that passionate about music or an instrument. He was a sponge, constantly asking questions and spending every spare moment in my room, playing music.”

“He asked advanced questions about things not taught until high school or even college,” Bott said. “And he played with a focused intensity, practicing individual pieces, or sections within a piece, over and over.”

Rather than taking the traditional approach of starting with an easier song and working his way up, the sixth-grader wanted to master the tune from the pirate video game — the one that began his journey.

The piece is difficult even for seasoned musicians. For a novice, it was especially challenging.

“He fixated on the ‘Prelude to the Suite,” Bott recalled, “and would play it repeatedly. When he wasn’t practicing that piece, he was watching videos of Yo-Yo Ma performing it.”

They also often have limited resources, particularly for young artists in need of advanced education.

Armani’s mother, Diana Ottoborgo, faced a dilemma. Her son had the passion, talent and work ethic for next-level musical achievement, but didn’t have access to big city resources.

“Armani quickly jumped out of the beginner books,” Ottoborgo said, “and started playing more difficult music. I was thrilled to have a child so passionate about anything, but it’s tough finding a strings instructor here in the mountains.”

Enter John Toepfer, who recently retired from the Buena Vista school system, and who also taught band and orchestra for 20 years in Aurora.

“We were lucky to find John, and Armani practiced with him until moving to Denver this school year.”

Toepfer found a hungry student in the burgeoning cellist.

“He took on every challenge I gave him, so I started pushing. Armani was playing real classical music, not just kids tunes.

“He rose to every challenge. I could see that he would quickly surpass my ability to be his teacher,” Toepfer said. “I knew he needed to be taught by a professional cellist.”

To the village in the big city

Toepfer recommended to Alarid’s family that he audition for Denver School of the Arts – an elite public institution.

“I know how good the curriculum is, and I thought it would give him an opportunity to grow and blossom,” Toepfer said.

This fall, he said goodbye to the tiny village of his childhood and entered a school with an enrollment (1,100) roughly half the size of Buena Vista.

Life as a professional musician is in Alarid’s sights, but he’s also realistic and is planning on obtaining a college degree as insurance if a musical career doesn’t pay the bills.

Regardless of his ultimate path, it is clear that the teenager from the small mountain town is a member of a much larger, devoted village. And that all video games aren’t necessarily a terrible thing.