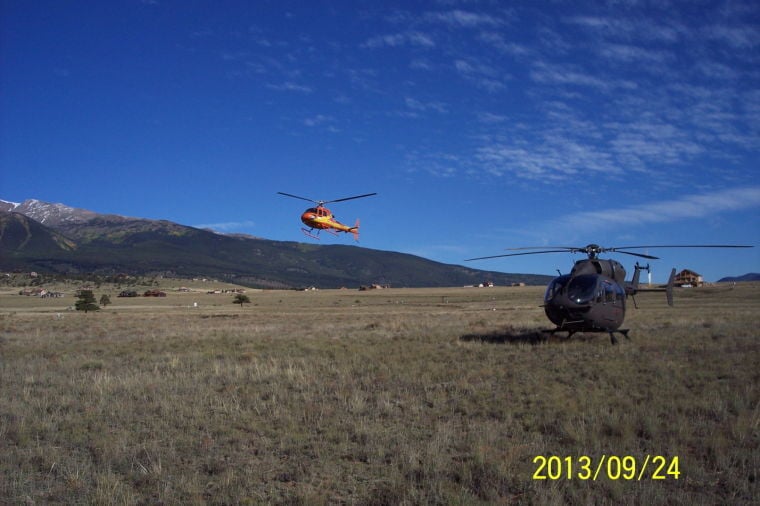 Reader Les Messmer submitted this photo of search teams heading out to look for Gene George.

Reader Les Messmer submitted this photo of search teams heading out to look for Gene George.

Rescue teams looking for missing hiker Gene George were running out of possibilities Wednesday morning, the fourth day of searching for the 64-year old Ohio resident.

Save for a note found on the summit of Mount Columbia, “we’ve not found a trace of him,” Chaffee County Sheriff Pete Palmer said early Wednesday morning.

The absence of leads on George’s whereabouts may cause the search effort to be scaled back, Palmer said.

“We’ve exhausted all possibilities,” he said. “We’ll scale back considerably at the end of this day unless we have some significant leads.”

Palmer described George as an “experienced” day hiker who had climbed more than 30 fourteeners, but said it is unknown what kind of gear George had with him.

A team of 45 searchers from Arapahoe County and Chaffee County Search and Rescue, plus search dogs and a National Guard helicopter were deployed Wednesday, Sept. 25 to search for George, Palmer reported.

The previous day, the sheriff’s office stated that Chaffee County Search and Rescue was assisted by search teams from Summit, Eagle, Gunnison, Pitkin and Teller counties, as well as from the Evergreen-based Alpine Rescue Team.

The additional resources were called in the evening of Sept. 23 after the search “failed to turn up any trace” of George, the sheriff’s office reported.

George, 64, of Bay Village, Ohio, has not contacted anyone since Sept. 18, when he spoke by phone to a friend in Cleveland from his Buena Vista motel room, according to a Sept. 24 press release from the Chaffee County Sheriff’s Office.

George reportedly told his friends he planned to hike Mount Harvard either Sept. 19 or 20.

When George failed to check out of his motel as scheduled on Sunday, Sept. 22, the motel owner notified Buena Vista police, saying he was concerned for the man’s safety.

Authorities said they then discovered George’s vehicle parked and locked at the North Cottonwood Creek trailhead. A search mission was launched Sunday and remained ongoing as of Wednesday morning.

George is described as a Caucasian male, brown hair, blue eyes, approximately 5 feet, 6 inches tall, weighing about 135 pounds. He is thought to be wearing a dark blue jacket and dark blue hiking pants, possibly with a gray rain suit, and may be carrying a faded green backpack.