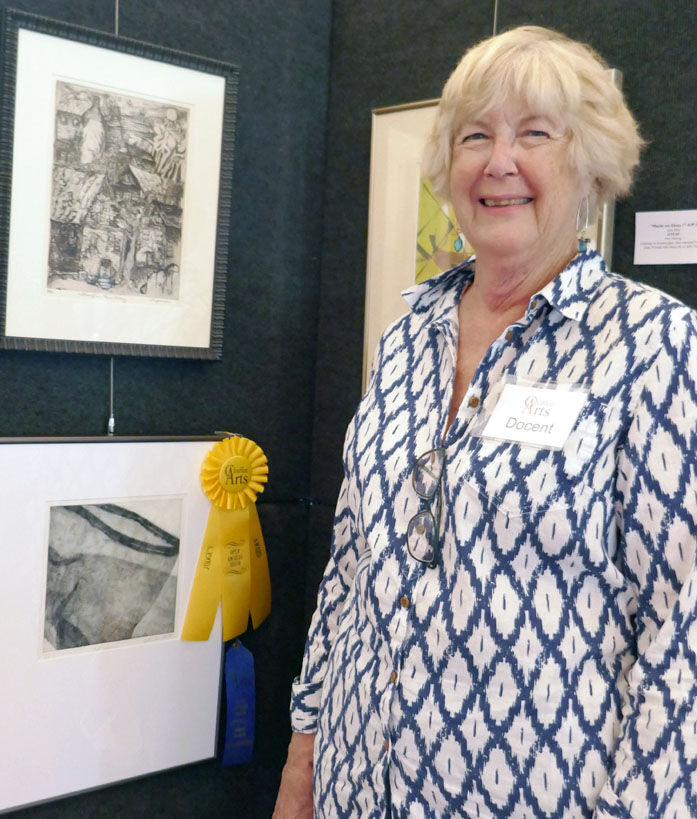 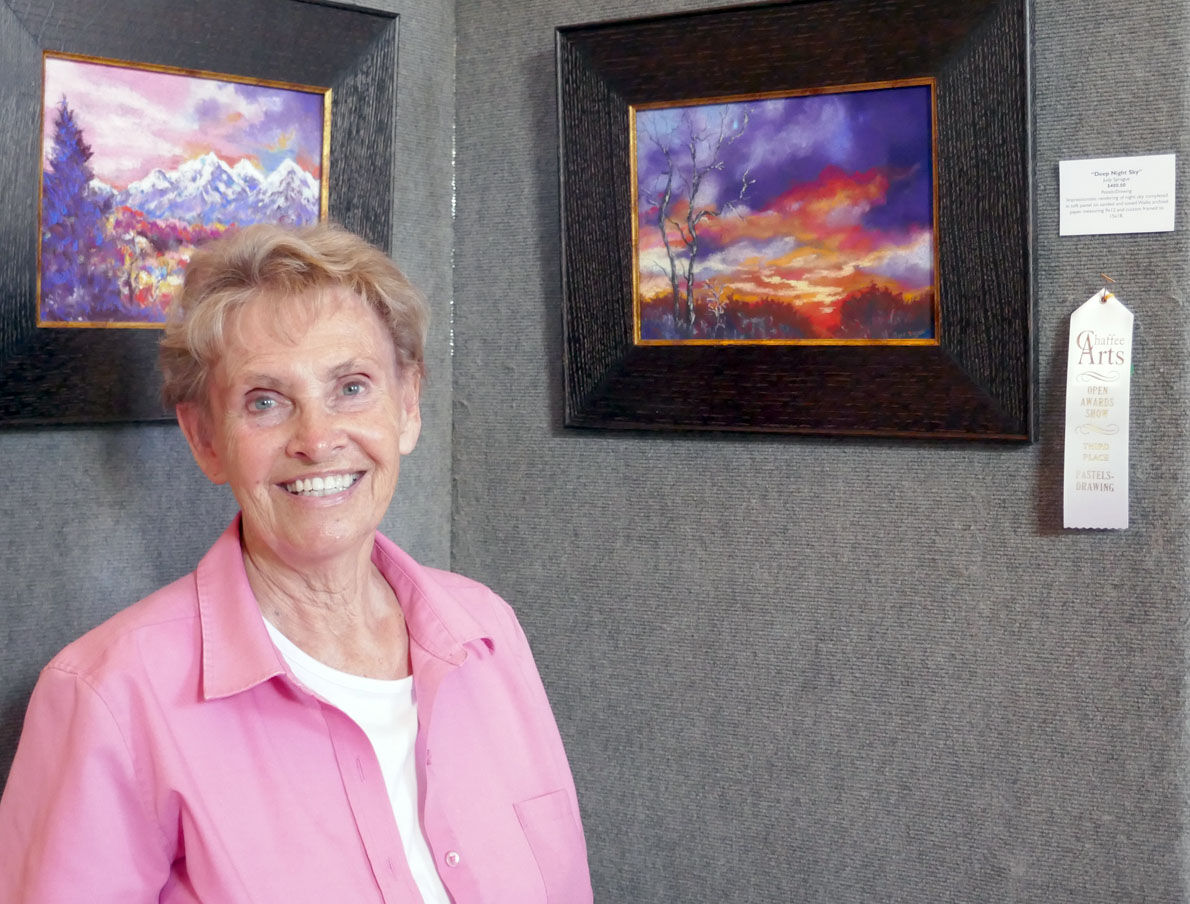 Judy Sprague stands with her pastel works. On the right is “Deep Night Sky” which won third place. 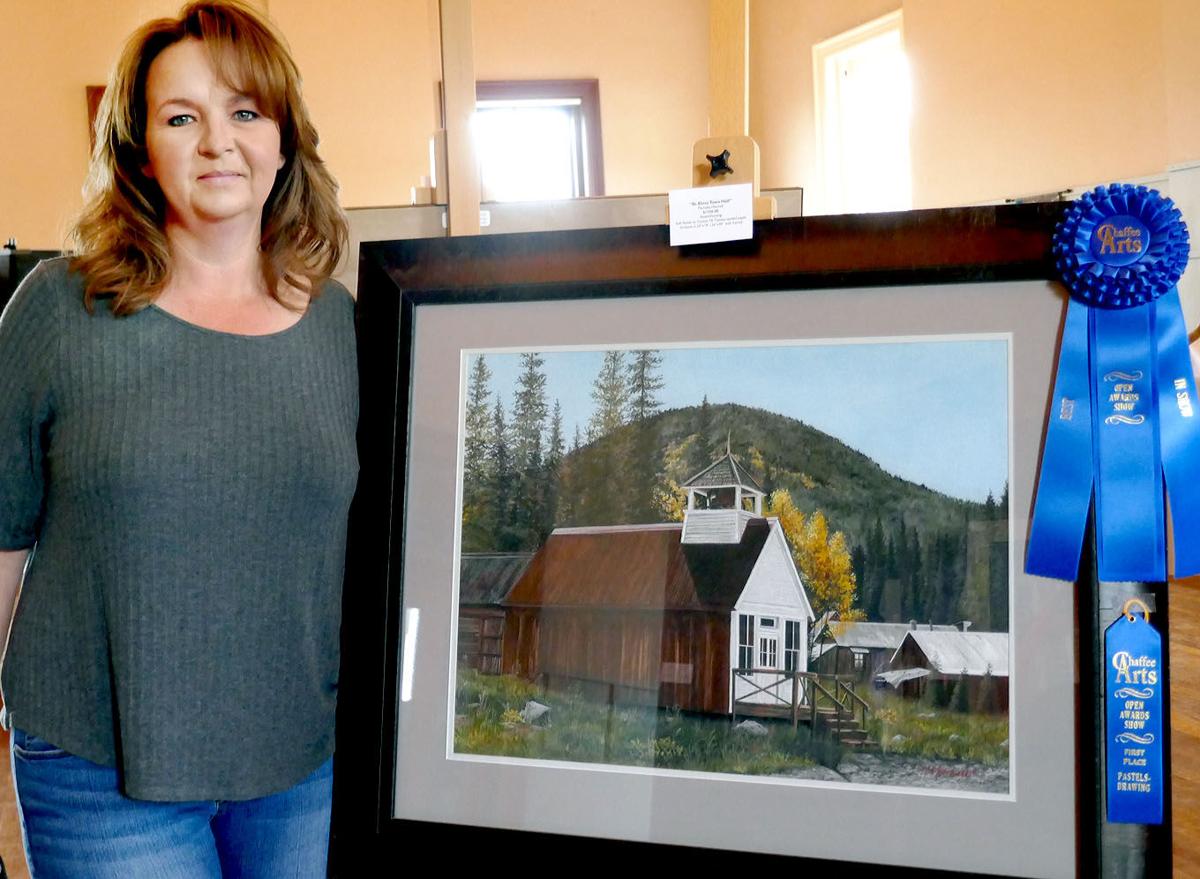 Mark Fox sculpted repurposed metal onto a recycled board to make “Nordboardski.”

Judy Sprague stands with her pastel works. On the right is “Deep Night Sky” which won third place.

Mark Fox sculpted repurposed metal onto a recycled board to make “Nordboardski.”

Chaffee Arts reported a total of 1,000 visitors to the Open Awards Show at the Buena Vista Heritage Museum during Aug. 21-29. Admission to the art show was free as Chaffee Arts covered visitor admission fees to the museum.

“We are so happy to report that this is the most well-attended art show we have seen in the last few years,” said Terry Stevens, Chaffee Arts president. “The visitors enjoyed the great talent of our local artists.”

There was also a record set for 13 pieces of art sold at the show.

“We are so happy that our mission of helping artists exhibit and sell their art was accomplished with this show,” Stevens said.

Having just moved to Poncha Springs 4 years ago, Judy Sprague entered this show for the third time with two pastels of her own.

“Mountain Beauty” is inspired by the beauty of the Mount Shavano and the Sawatch Range vistas from her home. The other painting, “Deep Night Sky” depicts a sunset — Arizona was the setting she had in mind — and won third place for Pastels.

“I’ve been doing art since I was a little girl and I majored in art in college, but now I’m in my late 70s,” she said. “You may throw away 100 pieces for every five you keep.”

Of the 60 years she’s been an artist, local Jude Silva has been a printmaker for 15. She has entered this art show since 1997 and always appreciates judges that embrace the more abstract works like her own.

One of her prints, “Marks on Glass 1” A/P 5, received third place for print making. The other, “Net Vessel” received first place and the Judge’s Choice award.

“I use a process called solar etching that develops with UV light,” Silva explains. “That particular print, I did two solar plates. One of them turned out really well and the other one failed. When I went into the printing aspect of it, I did probably six or eight prints before I came up with this one, which I was really happy with.

“For years, I made nets. The black and white was something that was hanging around the studio. I didn’t make that, but I love the way nets overlap and how light goes through them. I decided I would try to burn a plate with that and see what I got,” she said.

Chaffee Arts sold a total of 245 raffle tickets for Evelyn Gottschall Baker’s “Study for Shed” donated to the show. Anne Armstrong took the piece home as the raffle winner.

“We are looking forward to an even bigger show in 2022 because the online entry process we launched this year will be even easier next year,” Stevens said. “Technology made running this year’s show easier than in the past and the use of social media definitely contributed to the great attendance.”