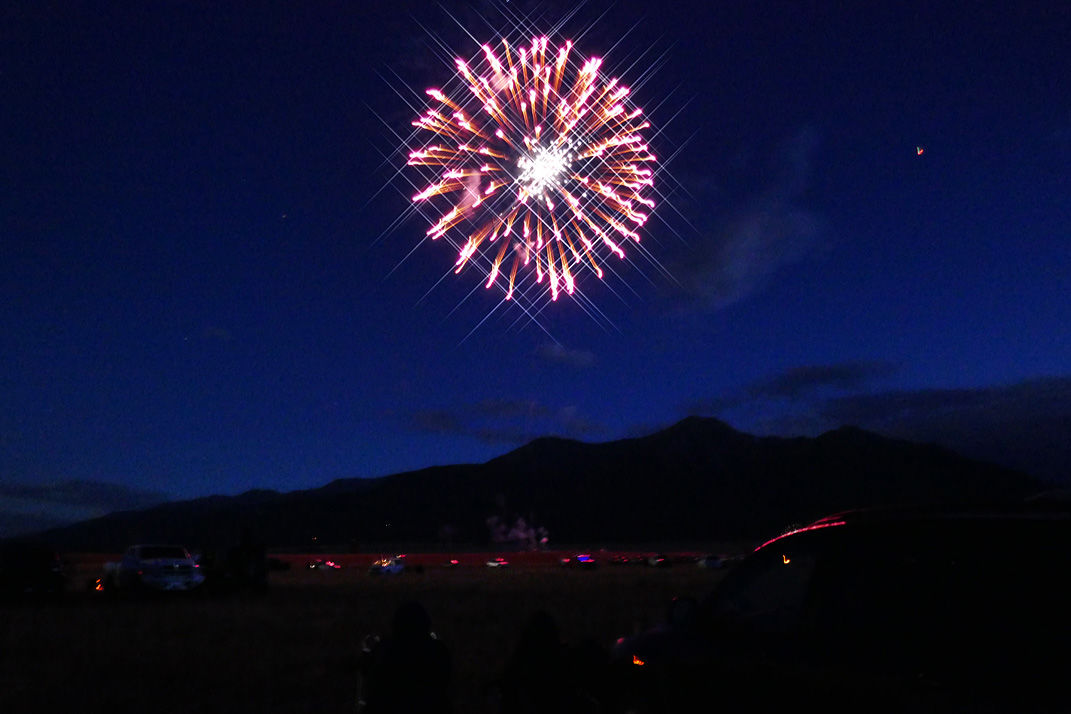 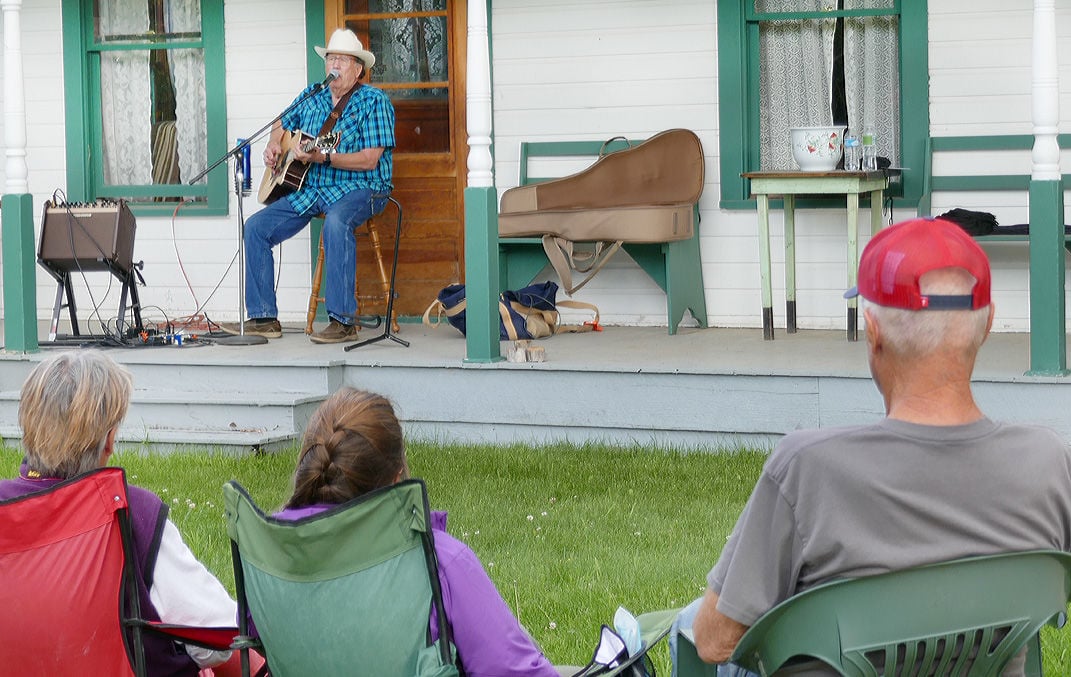 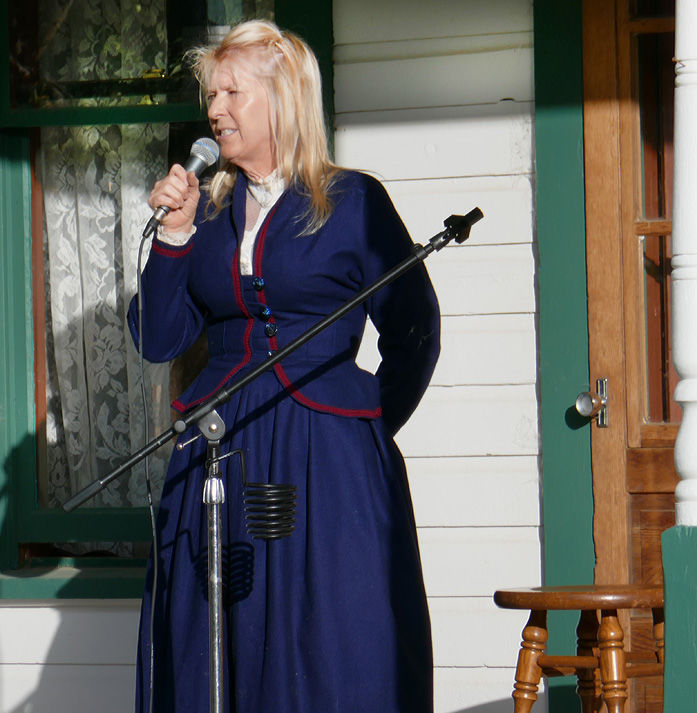 Lisa Wagner portrayed Alsina Dearheimer and told of how the town got its name. 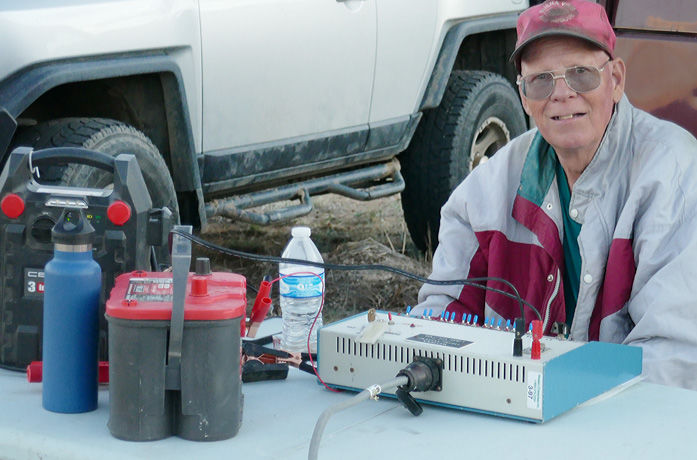 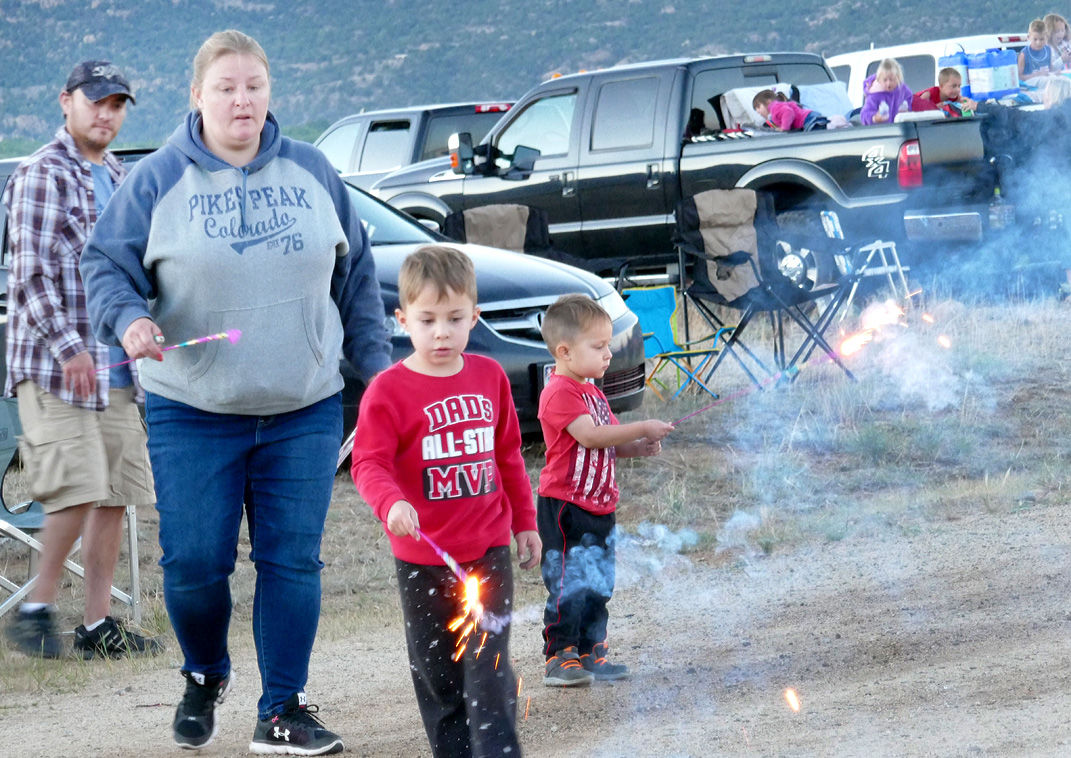 Families gather to enjoy the fireworks at the rodeo grounds. 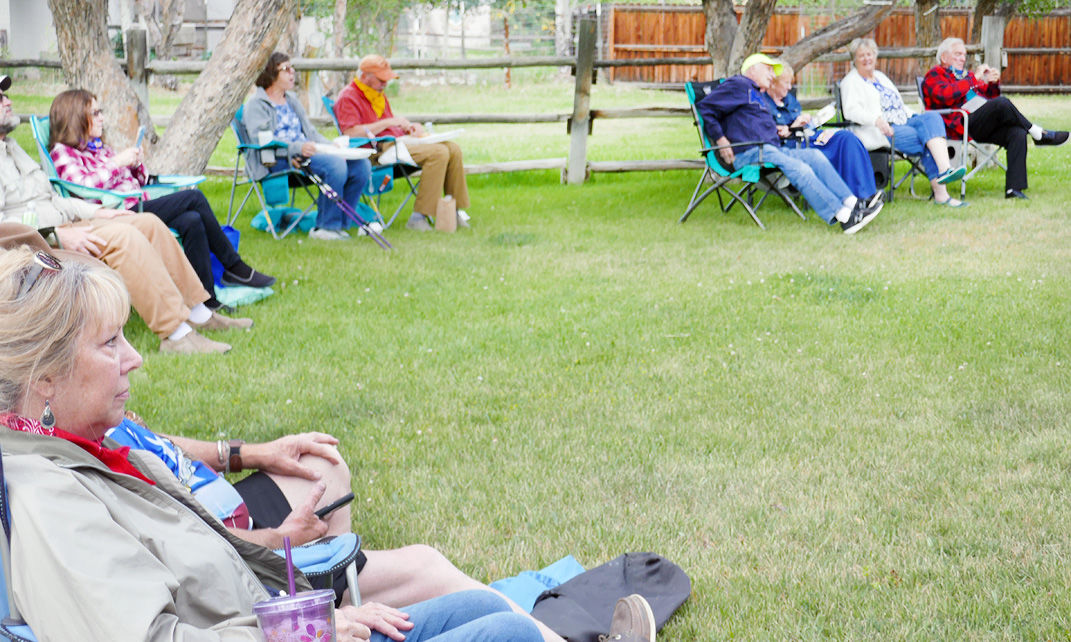 Social distancing was practiced on the lawn. 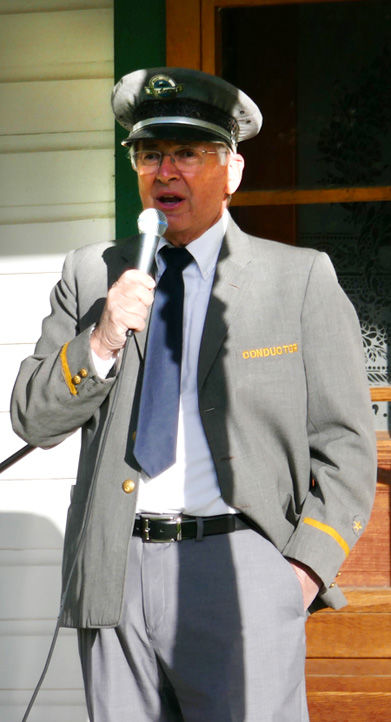 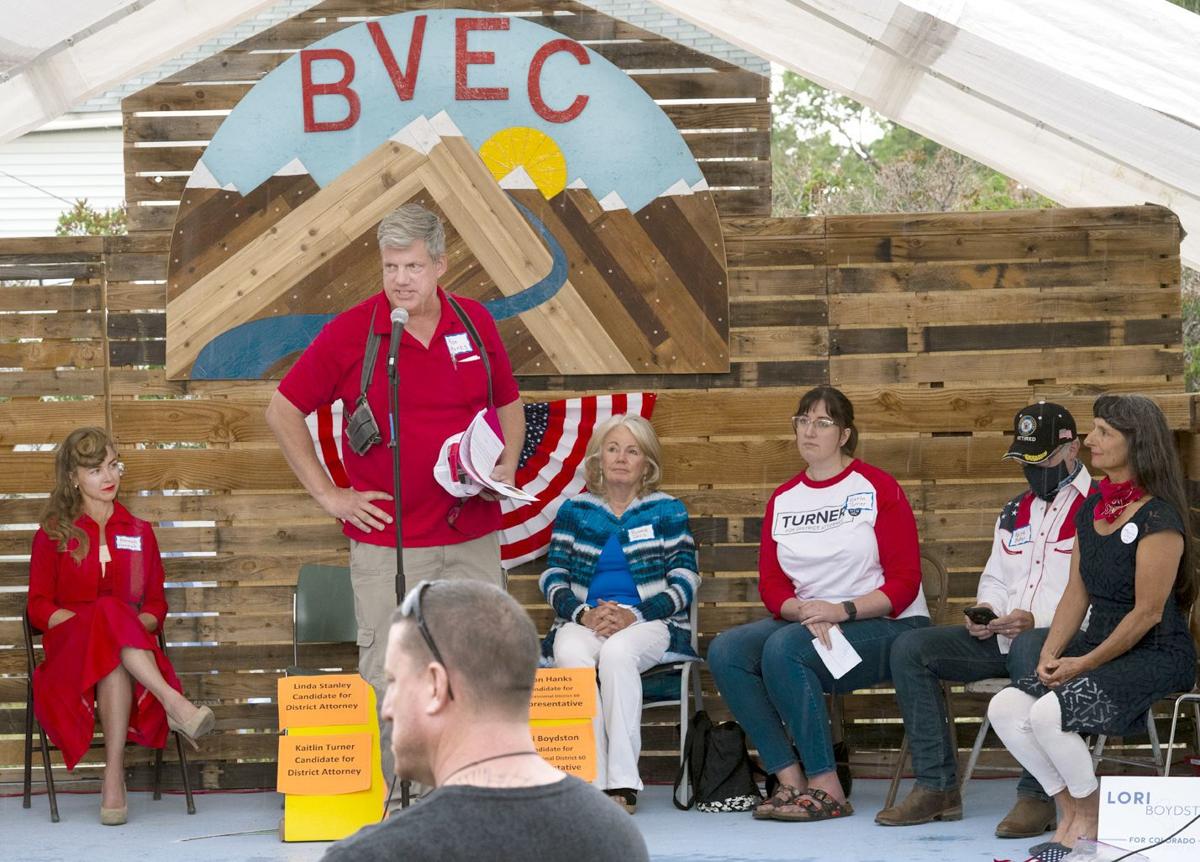 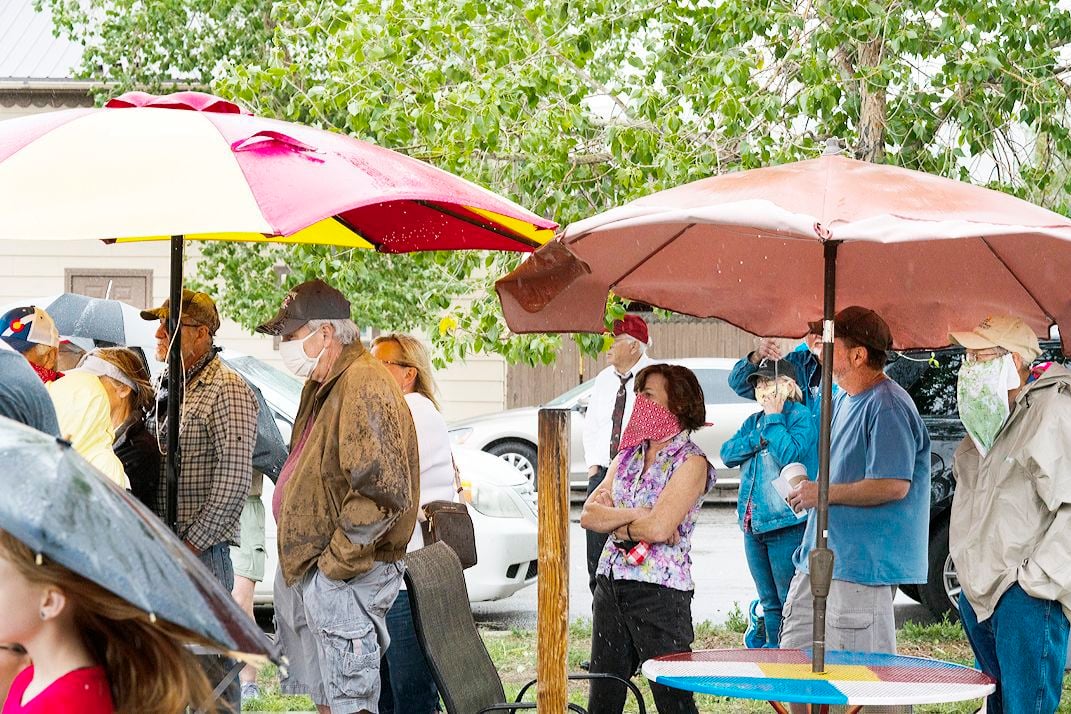 Lisa Wagner portrayed Alsina Dearheimer and told of how the town got its name.

Families gather to enjoy the fireworks at the rodeo grounds.

Social distancing was practiced on the lawn.

Turner Farm and Apple Orchard opened its gates to a small gathering for some Independence Day pickin’ on the porch.

Though there weren’t as many visitors as Turner Farm has seen in days past such as Apple Fest, there were still plenty of feet to tap and hands to clap for local guitarist Gene Farrar.

Joining Farrar as part of the Music and memries event were members of Buena Vista Heritage to provide historical information as well as entertainment.

Kuklin also informed the audience that RailFest would still be taking place – digitally via Zoom – this summer at 10 a.m., Saturday, July 18.

More information on RailFest, as well as donations and registration, can be found at www.buenavistaheritage.org/RailFest-Weekend

Among the families present, Jennifer Wright, affiliated with BV Heritage, also loved the event and was happy to see it take place.

“I like the music and I love Turner Farm, and I’m glad to be here with my niece and her family from Reno,” she said. On the small crowd size, she added, “I think the rain probably discouraged some people from coming out.”

“We were terrified with the weather,” said Heritage director Kiki Lathrop. “I watched the radar and in real time I saw all the thunderstorm warnings leave my screen. Same with Kathi Perry – she doublechecked it and the same thing happened with her. This was at 4:30.”

They chose to move forward with the event and were rewarded with clear, calm weather for the evening’s festivities.

Claire Coleman enjoyed the chance to get out with her family and have fun among others after months of cancelled events and quarantining from the COVID-19 pandemic.

“It’s cool to get to hear music. It’s by donation, so it’s not something expensive and it’s a different sort of thing for people to do on the Fourth of July,” Coleman said. “It’s really neat.”

Lathrop felt the event was “fantastic. Everyone’s doing an awesome job with social distancing … the music’s great. Everyone’s enjoying themselves. I think it turned out to be a huge success.”

While pickin’ on the porch was originally Farrar’s idea, Lathrop said there is a very good chance of more events like this taking place at the farmhouse, especially in light of all the other cancellations this year.

“This is an experiment for us, to see if we can do something where people will be respectful of the space, that we will be able to get the crowd that we are hoping for and at the same time just kind of start getting an idea of what future events could look like in this time of COVID. If it’s enough of a success. This is something that could continue after COVID,” Lathrop said.

Lathrop expresses tremendous thanks to everyone for supporting BV Heritage with donations.

“Right now, we’re on limited hours at the museum and everything. I know there are some museums that have not even bothered to open up this year. Keeping us going is a huge deal to us. Thanks to everyone for that,” she said.