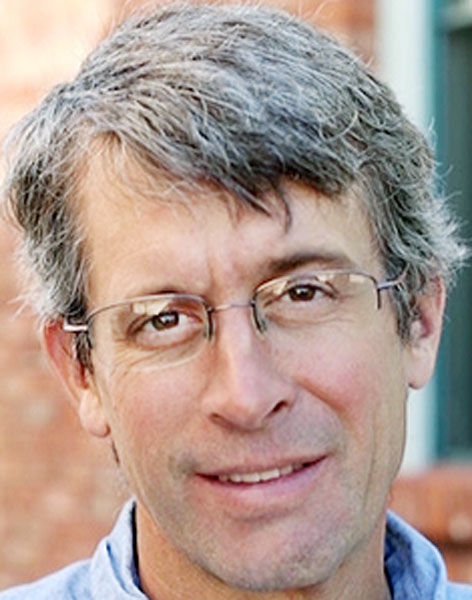 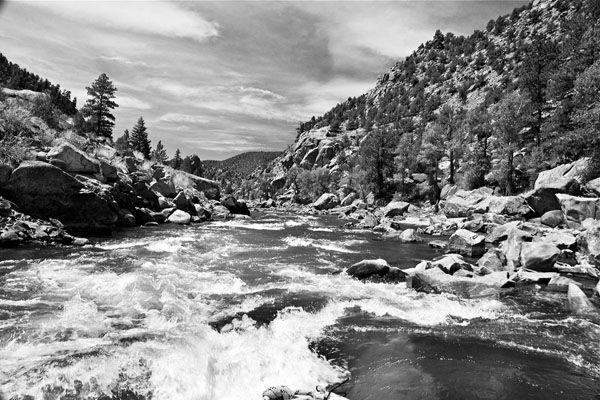 Waters tumbles through rapids and towering cliffs along the Upper Arkansas River as it traverses Browns Canyon National Monument.

Waters tumbles through rapids and towering cliffs along the Upper Arkansas River as it traverses Browns Canyon National Monument.

As an owner of a small coffee roastery near the Browns Canyon National Monument and the mayor of Buena Vista, I see firsthand the economic benefits this new national monument near us brings to my business, other area businesses and the local economy.

In our café, customers regularly comment that their reason for being in town is to visit Browns Canyon. The area attracts many visitors for the Collegiate Peaks Wilderness and San Isabel National Forest. Yet perhaps the greatest reason for tourism is to explore the river corridor for fishing, rafting and hiking.

Many are even beginning to tell stories of their hikes deeper into the monument, where in the past no one had mentioned this area as an attraction.

The evidence demonstrating the benefits of these monuments is beyond anecdotal. Data from Outdoor Industry Association shows that outdoor recreation creates $646 billion in consumer spending and 6.1 million direct jobs annually.

In Colorado alone, 65 percent of residents participate in outdoor activities each year, supporting the employment of 125,000 Coloradans and generating $13.2 billion in consumer spending.

Another study by the Small Business Majority found that between 2011 and 2015, approximately 3.9 million people visited recent national monuments including Browns Canyon, which generated around $58 million yearly in labor wages across recreation, lodging, food service and other sectors.

Unfortunately, despite the overwhelming evidence pointing to economic benefits of these monuments and strong local support for the designations, some members of the U.S. Congress have been ramping up attempts to erode the Antiquities Act, which, it should be noted, has been used by 16 presidents (8 Democrats and 8 Republicans) to protect existing public lands as national monuments.

U.S. Rep. Rob Bishop (R-UT) in particular has been waging a war against the Antiquities Act and has even suggested that the Trump Administration “undo” protections for some of the monuments that our communities fought to protect, and upon which my small business and others depend.

Apart from the questionable legality of this suggestion, rescinding these monuments would have a tremendous negative impact on the economy.

When Mr. Donald J. Trump declared his candidacy for presidency, he stated he would “be the greatest jobs president that God ever created.”

Yet doing away with national monuments is contrary to that position; it undermines the places we have protected as a nation – for wildlife, cultural and historic treasures, and for our children and grandchildren to enjoy.

Some U.S. senators, such as our own Michael Bennet, understand the critical importance of the Antiquities Act and outdoor recreation to our communities Sen. Bennet is a champion for the protection of our heritage, including new parks and monuments.

Our junior U.S. senator, Cory Gardner, introduced the Outdoor Recreation Jobs and Economic Impact Act, a bill passed by Congress in 2016 and signed into law by President Obama to enable the outdoor recreation industry to be recognized by the U.S. Department of Commerce as a part of the national economic output.

Sen. Gardner must continue to show leadership on public lands in the new congress, by fighting to keep our public lands such as Browns Canyon National Monument in public hands.

I encourage President Trump’s new administration to visit with small business owners here in Buena Vista and across the country to learn how conservation is vital to American jobs, and the growth of our economy and communities.

I hope Mr. Trump’s nominee for Secretary of the Interior, Ryan Zinke, would be the first to visit, given his co-sponsorship of the U.S. House version of Sen. Gardner’s outdoor recreation jobs bill.

I would be happy to host Mr. Zinke, along with our senators Bennet and Gardner, for a coffee in Buena Vista at their convenience, at the gateway of the new Browns Canyon National Monument.

Benson serves as mayor of Buena Vista and is an owner of the Buena Vista Roastery, a local organic, fair-trade coffee company.