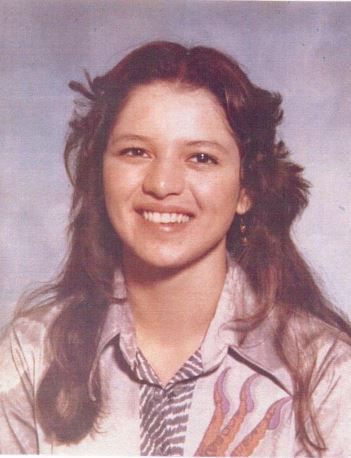 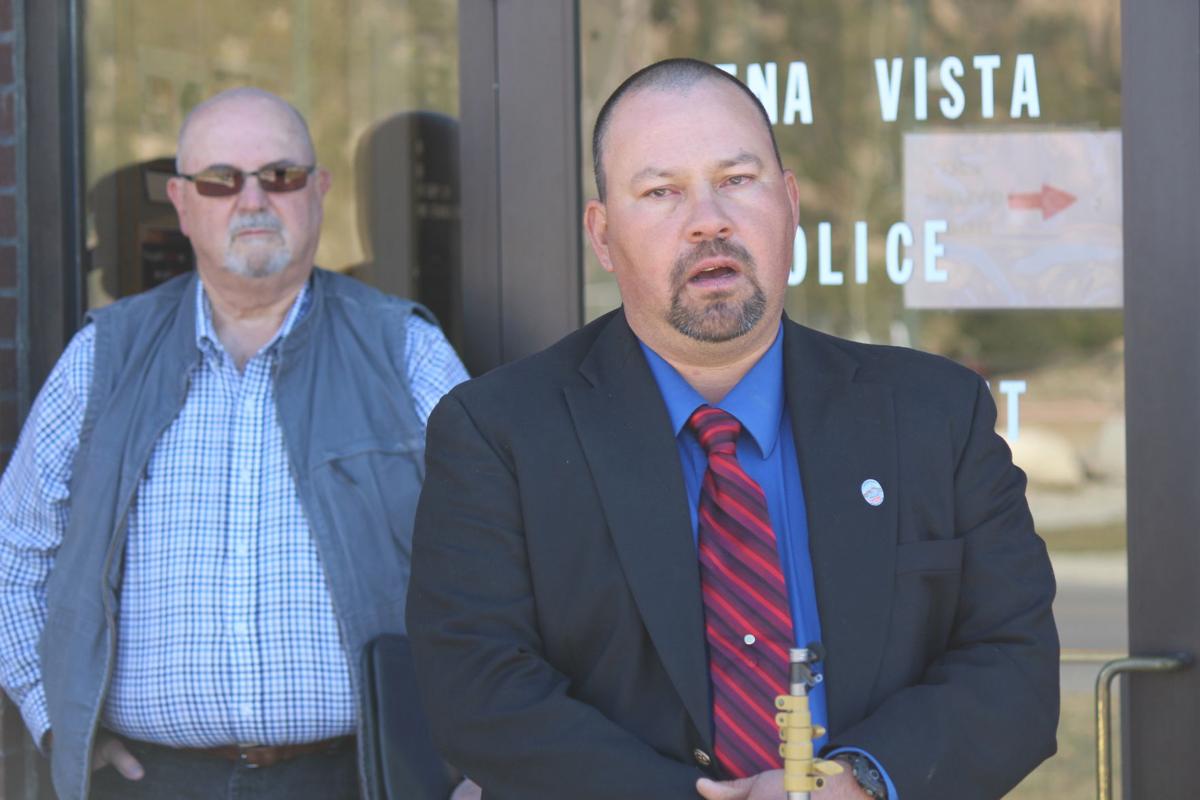 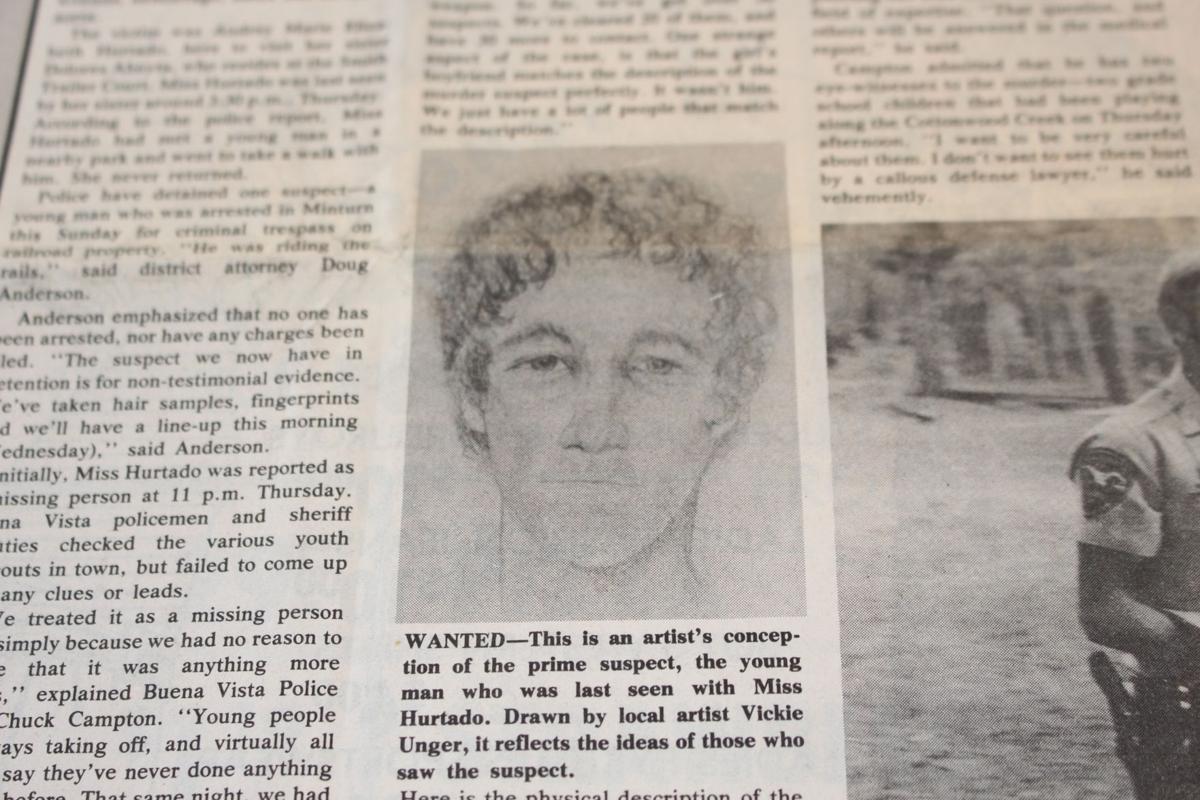 "I pull that case out every year. For the family to finally have closure, to know who did it, that brings some relief," Buena Vista police chief Jimmy Tidwell said. "Now the family can know that the person who killed her is no longer alive."

In May of 2009, Colorado Bureau of Investigations Cold Case Unit took on the case, using preserved evidence from the original case, including samples taken from under the victim's fingernails, along with DNA from relatives of the primary suspect, which eventually indicated a match identifying a 15-year-old known only as C.K. as the murderer. Tidwell said because the suspect was a minor at the time, his identify would not be released.

The case was then presented to the district attorney's office, where it was cleared as solved, Tidwell said.

While visiting her sister in Buena Vista, from her home in Trinidad, Hurtado told her sister she was going for a walk with a young white male she had met in a park earlier in the day. She never returned.

Her body was discovered two days later in a heavily wooded horse pasture on the northwest edge of town, at Cottonwood Creek Cabins, 351 Waters Avenue. She had been stabbed to death.

The initial investigation was handled by then Buena Vista police chief Chuck Campton.

"We treated it as a missing person case, simply because we had no reason to believe that it was anything more serious," Campton said in an Aug. 4, 1977, issue of The Times about the initial investigation.

While investigators looked into more than 80 suspects, the initial investigation identified C.K., a 15-year-old white male from California as the primary suspect. The juvenile had been seen with Hurtado earlier in the day and was visiting family that lived approximately one block from where the victim was staying with her sister.

C.K. had stolen a knife from a local gift and sporting store prior to the murder. C.K.'s family had discovered he had stolen the knife and forced him to return it. It was later learned a similar knife had been stolen again from the same store the day of the murder.

The knife was consistent with the type of weapon used to murder Hurtado.

"Although C.K. was questioned in Hurtado's death, there was never sufficient evidence to pursue criminal charges against him. In 1981, C.K. was killed in a motorcycle accident in California," Tidwell said, adding the case then went cold and remained unsolved.

A composite sketch from the Aug. 4, 1977, issue of The Times was the same suspect later identified as C.K., Campton said.

At the time, Campton said the police department had identified two eye witnesses to the murder, adding they were two grade-school boys that had been playing along Cottonwood Creek the day of the murder.

"We've got a nickname for one (suspect), a car but no license plate for another. In the past few days, we've averaged a new suspect every hour," Campton said in 1977.

"During our investigation, a potential suspect was identified but I had insufficient information to pursue this person like we would have liked to. Two barriers were encountered, the suspect was a juvenile and he lived out of state," Campton said during a press conference Thursday afternoon, adding he kept track of the suspect with officers in California, until he was told of the suspect's death.

"The packaging and preservation of evidence has been absolutely critical in this case," Kirby Lewis, agent in charge of investigations with CBI's Denver office said. "Preserving evidence from 1977 and the protocols that were then are drastically different than what they are now … we were very successful in this case because of the excellent work done by those in the investigation. Without that, we don't know if this would have been solved."

Campton said he was relieved that the murder was finally solved, especially when he found out it was the primary suspect identified by BVPD.

"We were on the right track. We just weren't able to wrap it up at the time," Campton said about the initial investigation. "It was a tremendous impact to the entire community. Everybody had a suspect for us. Everybody wanted to help and did all that they could to assist us in any way that they could. We all took it pretty personal."

While the case wasn't solved until 30 years after the culprit's death, family members Phil Martin and John Hurtado said they still feel justice had been served.

"It's ultimately justice, period," Hurtado said. "God took care of it in his own way."

Some people feel very much of the societies. Thus they always worried about teir favourite person. That they always wish to choice the person who control in their economy so just for this the write my essays cast pre voting so that the society can get awareness of accurately what is the choice of all the people. And who will get the votes.