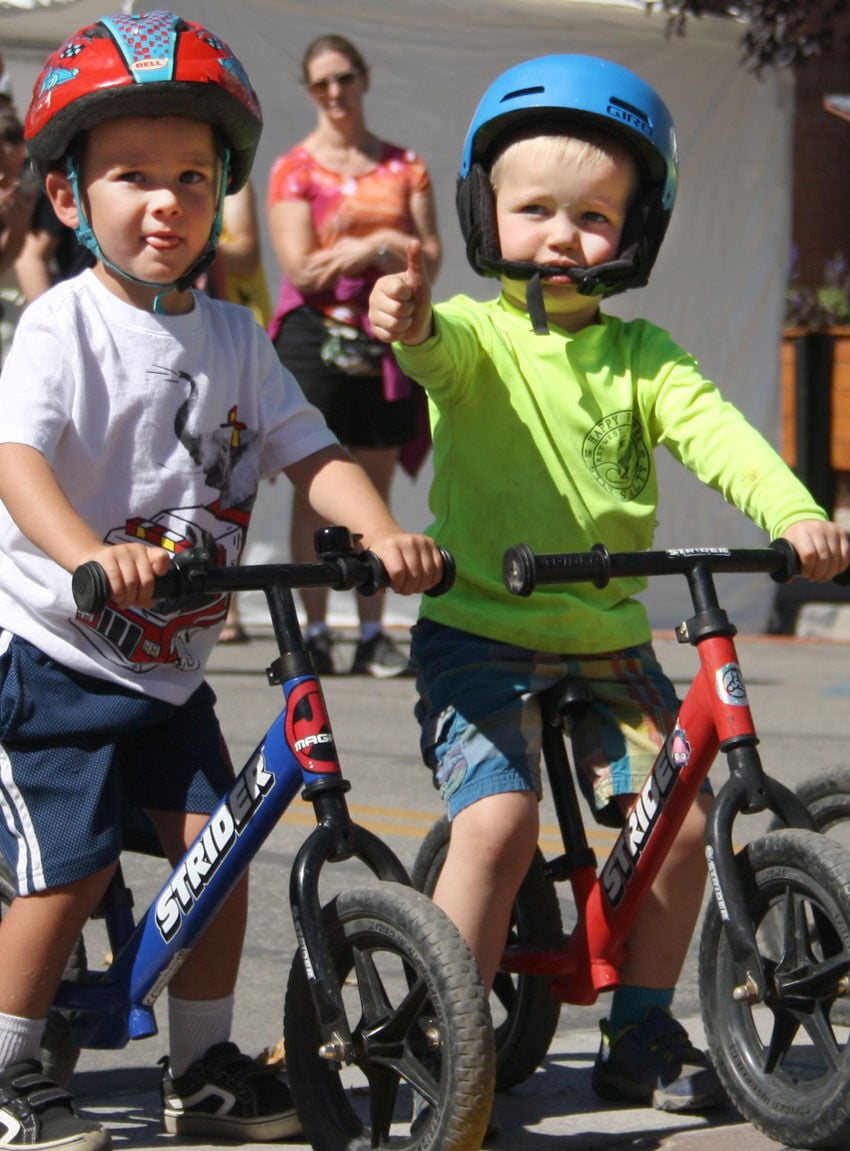 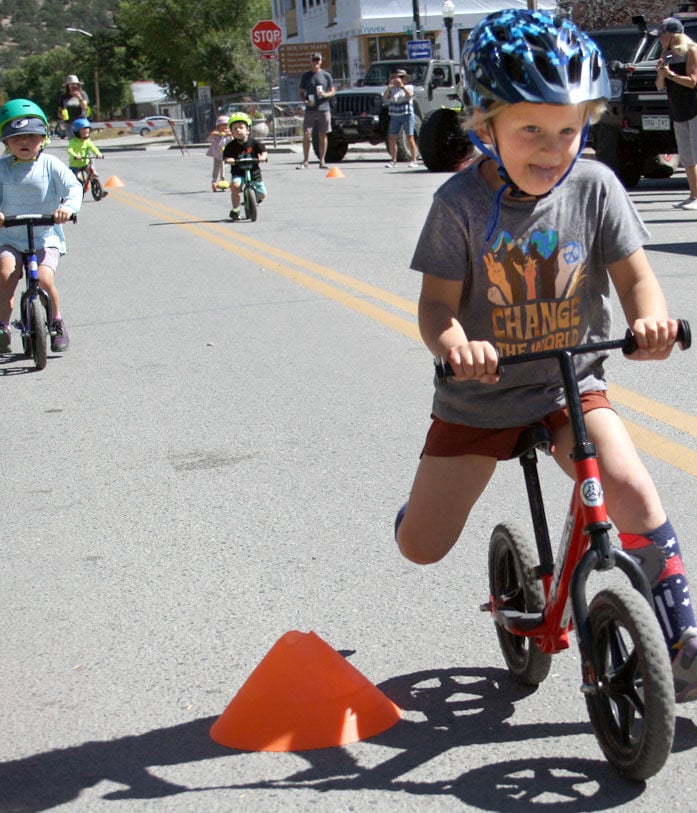 A young strider racer displays excellent technique as he concentrates on finding his way across the finish line at Sunday’s event in the midst of the vendor village.

A young strider racer displays excellent technique as he concentrates on finding his way across the finish line at Sunday’s event in the midst of the vendor village.

“This was bigger than 2019, which kind of shocked us,” said 14erFest organizer Lacee Trusty. “It was a great way to relaunch, not really knowing what was going to happen.”

Trusty said that she and her team hadn’t tallied final numbers yet, but that the event was definitely a success.

The Antero 4x4 mountain bike crossover event continued to be a popular event. Trusty said that the running races were also widely enjoyed.

The 50k race drew one of the top competing ultra-runners in the world and the 14k offered runners an uncommon distance over challenging terrain.

“Big feedback on all the running races, those went really well,” she said.

And what would a 14erFest be without some hiking?

“On Saturday we had a Sleeping Indian summit, which was fun because people get to see views of the whole valley,” said Trusty.

And the new Yale hiking event finally brought hikers to a namesake elevation.

“They summitted a 14er for the first time at 14erFest,” she said. “We had nine hikers on that and all nine of them summitted.”

Sunday’s strider race in the vendor village drew enough young competitors to divide into two heats: Over 2 and 2 or younger.

“We had some really good participants and amazing energy — turn around, turn around,” said Megan Kingman, still officiating the last race of the event.

What’s it take to win a strider race?

Overall between weather and local focus, 14erFest could hardly have gone better it seems.

“We saw a lot of locals. The music was great. We got a lot of good feedback on that,” said Trusty. “It went really great. It went better than we expected.”

Founded and run by Matt Balazs, On Trail Training returned to 14erFest’s Vendor Village for the weekend to offer more helpful advice to off-road enthusiasts.