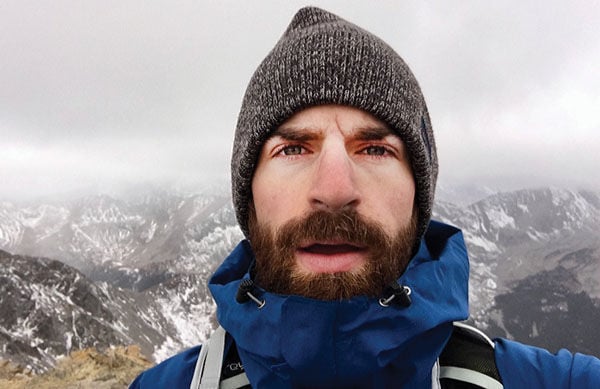 Jacob Mueller hopes to impart his love of the outdoors and healthy lifestyle choices. 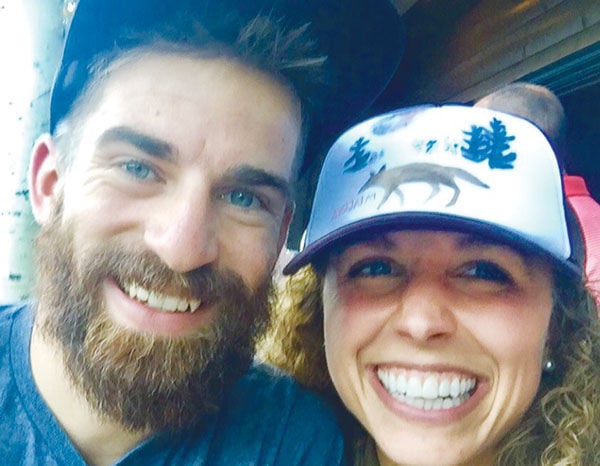 Jacob Mueller hopes to impart his love of the outdoors and healthy lifestyle choices.

Who doesn’t like a cuppa Joe? Or better yet, a cool, creamy dish of homemade gelato? The Midland Stop in South Main serves up both, along with an assortment of delicious baked goods.

Business manager Jacob Mueller, who co-owns the business with Mike and Francie Allen, says, “There aren’t many places serving craft coffee, also known as third wave coffee, (a term coined in 2002), once you go west of the Front Range mountains in Colorado. Nor are there many places serving made-from-scratch authentic Italian gelato, but The Midland Stop’s five-star rating is a testimony to its success since opening in 2015.”

The difference is the production.

“The third wave of coffee is a movement to produce high-quality coffee — that is more than a commodity — and considered artisanal, served by the hands of artistic baristas. This involves attention to detail in the stages of production, from improving coffee plant growing, harvesting and processing to stronger relationships between coffee growers, traders and roasters, to higher quality and fresh roasting, to skilled brewing. It aspires to the highest form of culinary appreciation of coffee so that one appreciates subtleties of flavor—similar to wine, tea and chocolate production.” – Wikipedia.

Mueller says, “Our main coffee source is from the Buena Vista Roastery, relying on their expansive experience, but we also feature other Colorado Coffees, as Colorado is quickly becoming one of the best states for coffee roasting. Many of our in-store guests come from all over the world, including Denmark, New Zealand, China, Korea, Japan, South Africa, Germany and many more, so we offer International coffees as well.

Mueller, who was raised in Colorado Springs, attended Hillsdale College in rural Michigan and graduated with a Bachelor of Arts in economics.

While in his second year of college, he started a digital marketing business, which started out as a class assignment.

“As my friend and I were developing our required business plan, it dawned on us that we could actually do this.”

For the next 2 years they created enhanced e-books for higher education, and also worked with independent authors who were self-publishing e-books.

Mueller says that they had about five employees, but sold their company after 2 years, as college graduation led them down new paths.

He worked for a software marketing company for the next 18 months while juggling the possibilities of his future goals.

“I met Tim Allen in college and so consequently came to know the Buena Vista area well. I had already been dabbling in coffee drinks as a hobby and would often have friends over to try out my new creations. During this time I became familiar with The Midland Stop and met Mike and Francie. I realized that Buena Vista really offered the lifestyle I love.”

Mueller says that when Tim married and moved to Ohio, he bought into the shop with Mike and Francie.

“I wanted to live in the mountains and I wanted to blend my love of coffee and the love of the outdoors.”

One of Mueller’s favorite aspects of the business is talking with the customers.

“I love the international flavor of our guests,” he says. “I actually have used my knowledge of the German language. Spending time with my customers and sharing my love of the town and area with them is a highlight.”

He says he also enjoys experimenting with new flavors of gelato and hopes to expand that side of the business into the county.

“I’m a numbers man, with my background in economics,” Mueller says.

“I’m about making a business profitable, which can be hard in the slower winter months in a small community.”

He says, “I’ve learned that being patient and a self-sustained effort over a long period of time is what it takes. There is no quick fix. It takes determination. I have a lot to learn still, but it’s experience that is the best teacher.”

Mueller has some exciting new ventures on the horizon.

“I’m getting married next month to Mishea Peltier, who is opening her new chiropractor business on Main Street. And right next door to her, hopefully by the end of June, I’m opening my new business, The Midland Station.

“I’ll be the sole owner, and we will be selling breakfast and lunch crepes. With us being right by the new water park, we hope to continue to attract our gelato lovers, too.”

Mueller is passionate about bringing more money to the valley.

“I also want to create opportunities for local kids to grow into a living wage here, if they choose to stay.”

He says he has a relationship with Buena Vista High School and creates work experience opportunities for the students.

“I used to work as a youth group leader in a church, but in my businesses, I feel I still have a lot to offer kids, as a boss and a mentor. They could potentially learn so much about the basics of operating a business before they even head off to college. As their boss, I have the opportunity to impart good values and a hard work ethic onto my employees.”

Mueller says, “Visions are easy to talk about and my head is always spinning with new ideas. However, in both businesses I hope to impart my love of the outdoors and healthy lifestyle choices. It’s about helping others to relax and slow down, with a cup of coffee or gelato; to appreciate the lifestyle here. I’m driven by this.”

HOW LONG IN BUENA VISTA Since July 2016

FAVORITE QUOTE “He achieved success who has lived well, laughed often, and loved much; Who has enjoyed the trust of pure women, the respect of intelligent men and the love of little children; Who has filled his niche and accomplished his task; Who has never lacked appreciation of Earth’s beauty or failed to express it; Who has left the world better than he found it, Whether an improved poppy, a perfect poem, or a rescued soul; Who has always looked for the best in others and given them the best he had; Whose life was an inspiration; Whose memory a benediction.” – Bessie Anderson Stanley

FAVORITE THING ABOUT BUENA VISTA The community, the culture of the outdoors and enjoying life. People here are creative and gritty, in pursuit of a common joy; each person shares their passion.