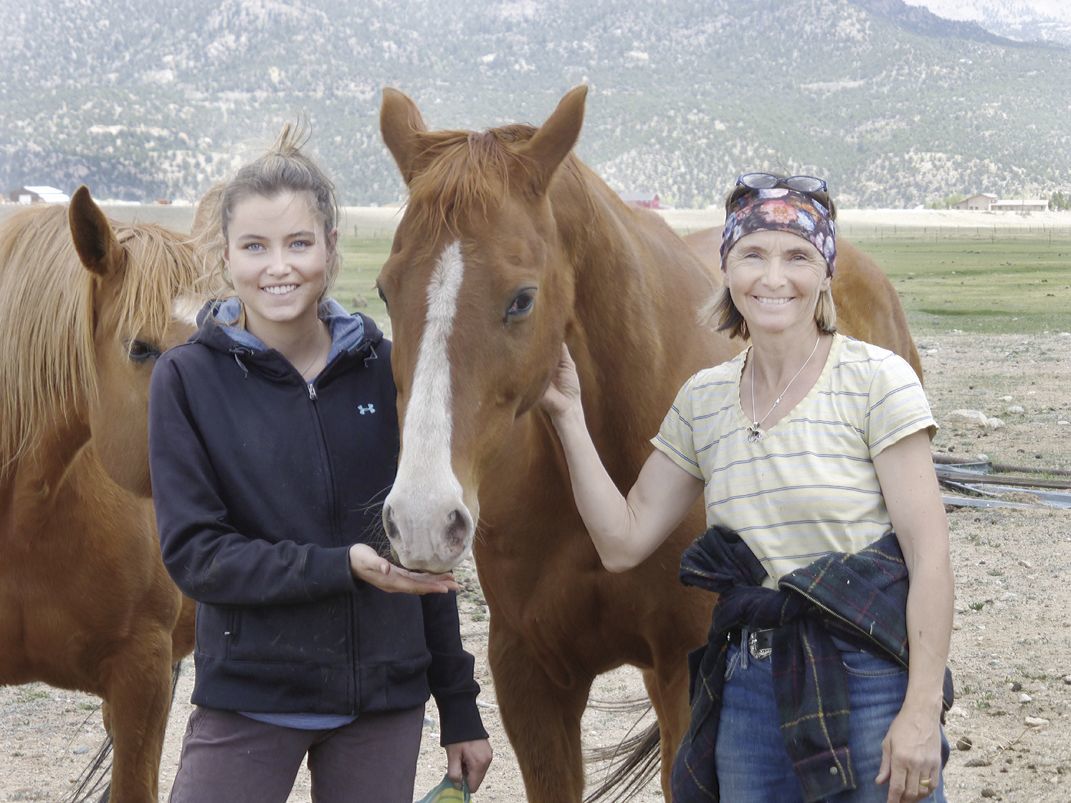 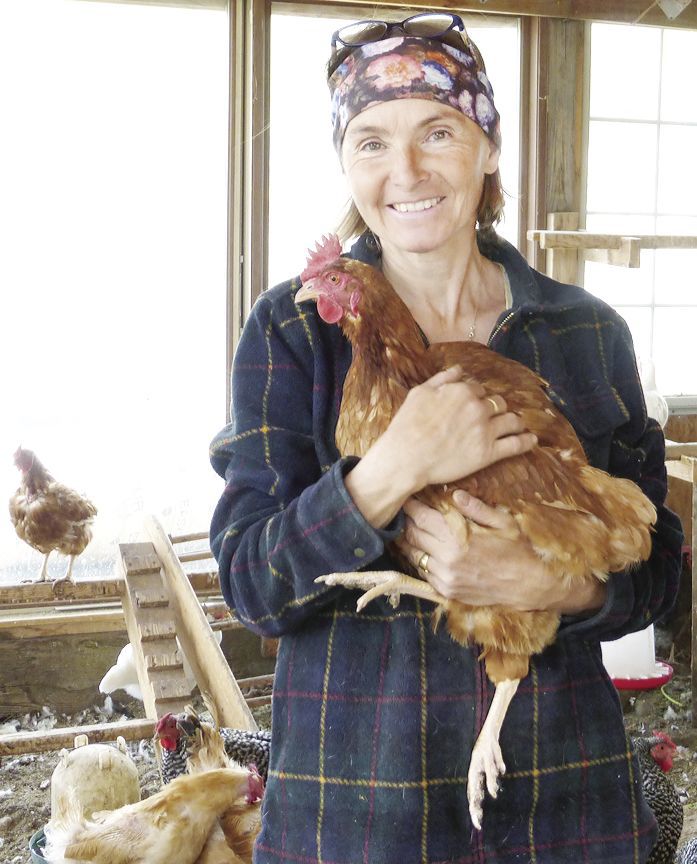 Monika Courtney with one of her many chickens. 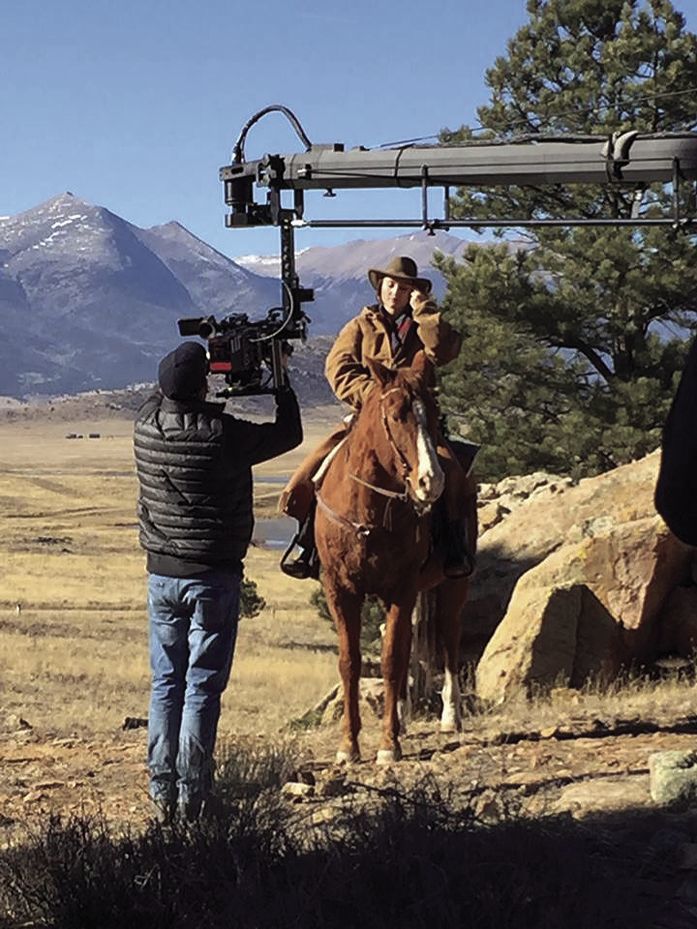 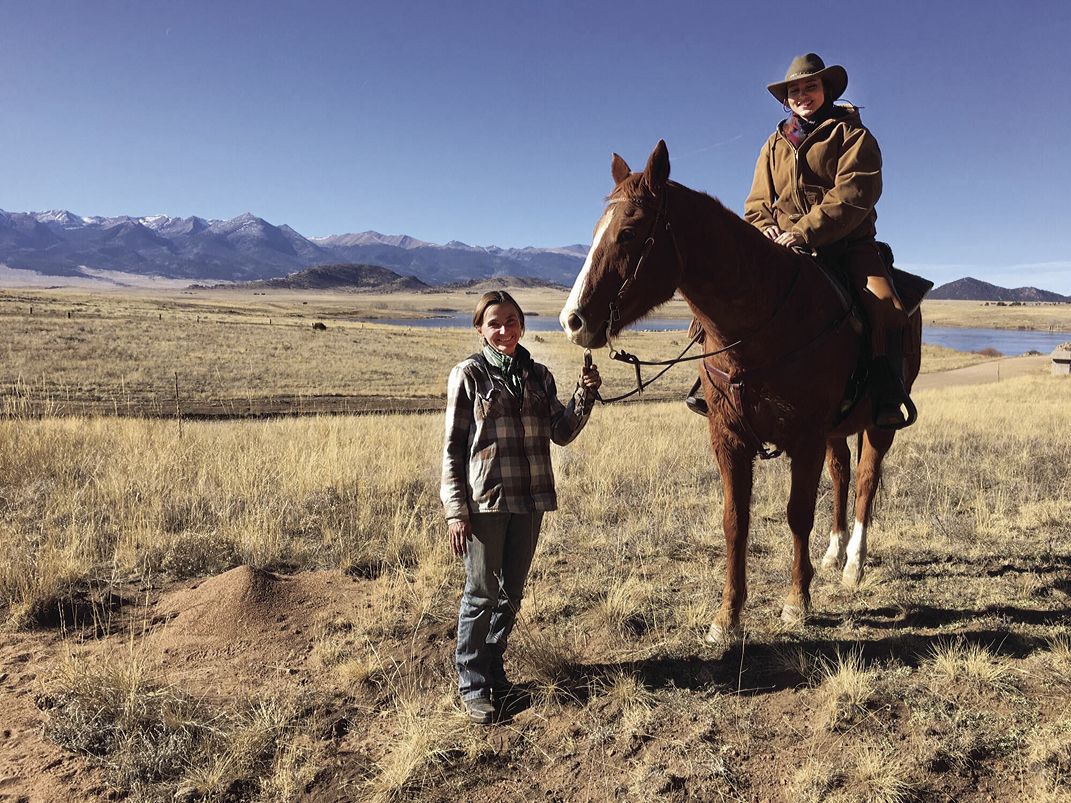 Monika Courtney with one of her many chickens.

Residents are often encouraged to buy local products and support farmers and the fresh food they provide. Monika Courtney of the Thunderbird Spirit Ranch understands this all too well.

An animal lover, Courtney grew up on a farm in Switzerland. “We didn’t have livestock but we had smaller animals, and my dad was showing pigeons and rabbits. We had a nice little farm there, a beautiful place,” she says.

She also began rescuing animals while there.

In 1989, Courtney moved to the United States from Switzerland with her husband and children. They built a house in Evergreen and lived there, and she continued helping animals in need.

In 2016, the Courtneys moved to Buena Vista.

“We used to go camping up at Taylor Reservoir a long time ago when the kids were small,” Courtney says. “We always loved it out here. We thought this town was fabulous, super friendly people. I loved the mountains; I grew up in the Swiss Alps. I just enjoy this area a lot.

“We looked for property around here – I looked all over – and we saw this old farm and we had a vision with it. We thought we could bring it back to life and contribute to the valley by beautifying the farm.”

The Thunderbird Spirit Ranch was born.

As the property was old, the Courtneys had a lot of work ahead of them cleaning up, fixing water lines and such.

“It’s slow progress, but it’s a beautiful location and that’s what enticed me: The views, the mountains,” Courtney says. “That’s why I’m here. I thought that being a small farmer in this town and selling eggs, my vision with that would be a good thing. I like to contribute to a community with a good product like my eggs.”

One of the best remembered moments of setting up in Buena Vista, she says, was bringing her horses from Evergreen.

“I moved them out here in the winter. I had to drive over Climax Mine twice. Once I put four horses in the trailer and the other time three. That was a little scary because I had never hauled horses on snowy roads. But we purchased the farm around Christmas, so that was a really big moment for me to put the livestock on the land.”

Nearly all of the Thunderbird Spirit Ranch animals are rescues. Some she found herself, and others were delivered to her.

She’s not yet a 501c3, so she manages her operation independently, selling eggs, grass-fed beef and honey to help fund her efforts.

“I can’t rescue every critter in the world, but I enjoy helping animals in need.”

Managing the farm is a lot of work that keeps her very busy. It’s an all-day job during which she feeds the animals, cleans their pens and makes sure each animal is healthy and happy.

“A lot of people don’t realize when you have that many chickens how much goes into it,” she says. “It’s a lot more than just buying the crumble and throwing the crumble out. It’s the maintenance, the health of the flock, the costs… I recently had to raise the price for my eggs because I was basically in the hole all the time. Now I barely break even.”

The chickens get supplements and sometimes homecooked food like spaghetti, healthy food that goes toward nutritious results in the eggs. Courtney cares about not just the health of her chickens but also the health of their products. “These eggs are basically a super food, and I know what goes into them.”

Courtney’s animals and eggs make an appearance on the farm’s Facebook page, but recently one of her horses has made another kind of appearance.

Getting together a film crew, her daughter Sarah and her horse Cheyenne, Courtney put together a commercial video about America’s needing to vote.

The video involved 3 days of hauling Cheyenne around Westcliffe and getting up at 5 in the morning. The process, Courtney says, was intense with the moving and prepping. All of it came together in a 30-second video clip, which she was very pleased with.

All along the way, they made lifelong friendships while seeing other places. Courtney thought Cheyenne would spook at the camera equipment, which was sometimes right up to his face, but to her surprise Cheyenne stayed calm the entire time.

“He was so calm, and I think he fed off of her (Sarah) having so much fun doing it,” she says.

Just from watching Cheyenne’s behavior, Courtney and her daughter could tell the horse knew he was a star and enjoying every bit of it.

Sarah enjoyed the experience and looks forward to having another opportunity to do it in the future.

“I’d done modeling and acting stuff for a couple years, but that’s the first time I ever got to do anything with my own horse,” Sarah says. “It was a very memorable experience, and I mean just being in Westcliffe and the whole ambience, the Old West that we were portraying, it was really fun. I liked for us to be able to do that together with the horse and the trailer.”

The commercial featuring Sarah and Cheyenne was accepted by the broadcast group First Rule and can be seen on at www.firstrule.com.

Sarah has a couple of modeling contracts with an agency in Miami, one in California and another in Denver. She also manages a pilates studio.

“I think having animals, and as many as I did as young as I did, taught me a lot about responsibility and not only take care of myself but take care of something else,” Sarah says. “She (Monika) has taught very well how to manage myself but also provide for all of our animals. It’s been great. I could not have asked for a better childhood with all of the outdoors and animal stuff that we’ve been doing.”

“We need to apply compassion today, and respect,” Courtney adds. “We need to love our neighbors, be good to one another. Animals help us find that.”

Courtney invites everyone to come out and see the farm, and even volunteer to help if they’d like. She could also use spare egg cartons.

WHAT DID YOU WANT TO BE WHEN YOU WERE A KID? Happy and content with animals.

FAVORITE QUOTE “Love thy neighbor as thyself.” – Mark 12:31, The Bible

FAVORITE SMELL Flowers in the spring.

WHAT I LIKE BEST ABOUT BUENA VISTA The scenery