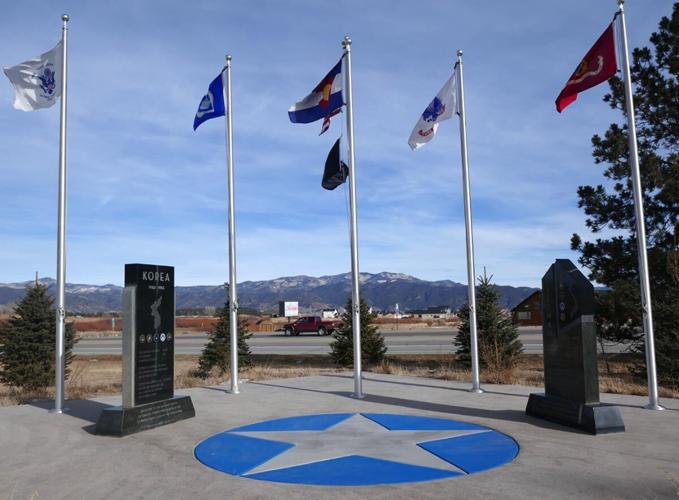 The Chaffee County Veterans Memorial at the Poncha Springs Visitor Center at the intersection of U.S. Highways 50 and 285 is eyeing expansion. 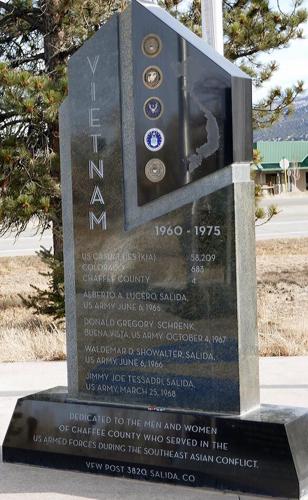 Monoliths dedicated the Korean and Vietnam wars bear the names of Chaffee County veterans who gave their all. 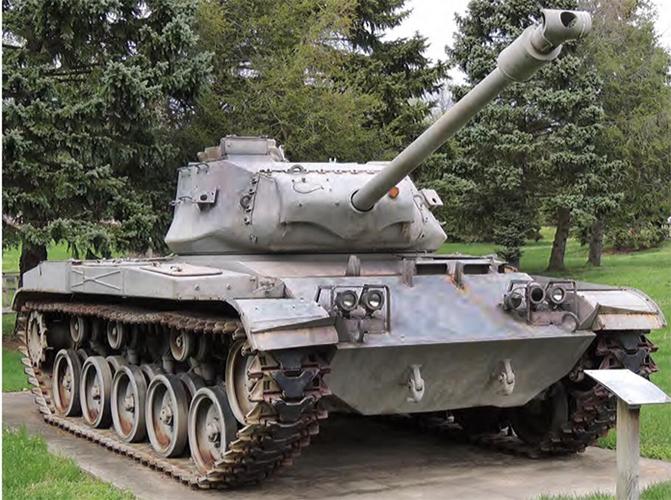 Veterans groups in Chaffee County have been in contact with the U.S. Army TACOM (Tank-Automotive & Armaments Command) about obtaining an M41 Walker Bulldog tank for $21,372.49.

The Chaffee County Veterans Memorial at the Poncha Springs Visitor Center at the intersection of U.S. Highways 50 and 285 is eyeing expansion.

Monoliths dedicated the Korean and Vietnam wars bear the names of Chaffee County veterans who gave their all.

Veterans groups in Chaffee County have been in contact with the U.S. Army TACOM (Tank-Automotive & Armaments Command) about obtaining an M41 Walker Bulldog tank for $21,372.49.

Plans are currently in motion to build on to the Chaffee County Veterans Memorial at the Poncha Springs Visitor Center at the intersection of U.S. Highways 50 and 285.

Dedicated on July 4, 2019, this memorial was created to honor Chaffee County veterans of the Korean and Vietnam wars. It stands near the location of a previous memorial built in 2002 and remodeled during construction.

The American Legion and VFW organizations of Buena Vista and Salida and the Marine Corps League hope to add to the memorial park with a couple of projects.

The first allows Chaffee County residents to buy a brick and dedicate it to relatives who became veterans from the Civil War to present times. The veteran must be or must have been a resident of the county and must have been honorably discharged.

According to American Legion Post 55 Commander Darryl Atherton, there were about 85 bricks before the holidays. Brian Berger, Poncha Springs town administrator and treasurer, reports that 93 bricks have been set with another 29 waiting to be installed.

“The town of Poncha Springs Public Works crew has done an amazing job installing the bricks, taking care in installation and pride in what they look like,” Berger says.

The second project involves putting a tank on a static display at the memorial.

“We think this would make the memorial stand out even more and be good for the county, to let people know we respect and honor all our veterans,” Atherton said during public comment at the Jan. 10 Buena Vista town trustee meeting.

Both of these projects have been spearheaded by Marine Corps League member Dana Nachtrieb. After living in Alaska for 35 years, he and his wife returned to Chaffee County.

“The veterans memorial there was nothing but a pipe,” Nachtrieb says. “We’ve changed it a lot. I went around and talked to all three municipalities and the county commissioners, and they bought the (flag) poles. The concrete and concrete work were donated.

“Now, we’re doing the bricks to honor all the veterans. The VFW post here in Salida paid for the two monoliths out there, one for the Korean War and one for the Vietnam War. The monoliths have the names of Chaffee County veterans who gave their all in each of these wars.”

According to Atherton, Berger has been in contact with the U.S. Army TACOM (Tank-Automotive & Armaments Command) about obtaining an M41 Walker Bulldog tank. The total cost for the tank is $21,372.49.

Veteran organizations in Chaffee County plan to ask each of the town governments if they would consider donating one-fourth of the total amount.

If the towns accept, they will approach the county commissioners with the same request.

This would come to a donation of $5,343.12 per entity. This would be an entirely county-based contribution, with none of the funds coming from the state or federal government.

Poncha Springs has given the green light for this project. Decisions are still awaited from Buena Vista and Salida.

Late in the Jan. 10 town trustee meeting, town treasurer Philip Puckett informed the board that the town of Buena Vista had contributed to the memorial in the past, and there would be room for this size of donation in their current budget.

But given the high demand for community grants – they put in about $55,000 that is split over roughly 20 different organizations – Puckett wasn’t as certain about the contribution amount.

“Typically, when we try to cost share across the county, we base it a little bit off of population because all of our budgets are a bit different,” he said. “I get that $5,000 or $5,100 is not a huge amount, but it’s pretty sizable when you compare it to our community grants, and that process will be kicking off soon.”

Mayor Libby Fay and Trustee Mark Jenkins said they were in favor of providing support, especially in terms of adjusting the amount based on population.

Town administrator Lisa Parnell-Rowe said she would get in touch with Salida and Poncha Springs to discuss this idea. The decision was tabled for the next meeting.

“The projects have created a space that veterans can be proud of and shows those that served our country the respect they deserve,” Berger says. “Before any improvements were done, the memorial site consisted of a single flagpole and a memorial stone placed on what was an old segment of road complete with stripping. While lackluster, it provided a jumping off point. Dana has led the way and I’m just happy to be part of improving the site and contributing where I can.”

“This is for the county,” Nachtrieb says. “The memorial sits in Poncha Springs, but this memorial is for all the veterans and residents of Chaffee County, it’s for everyone. The veterans memorial should be one of those things that nobody should have any problem, if they want to donate money to it or anything like that because if it weren’t for veterans, we wouldn’t have the country we’ve got today.”

Though they are first on the list for the tank, the Chaffee County veteran organizations hope to secure funds for the tank as soon as possible while this window of opportunity is still open for them.