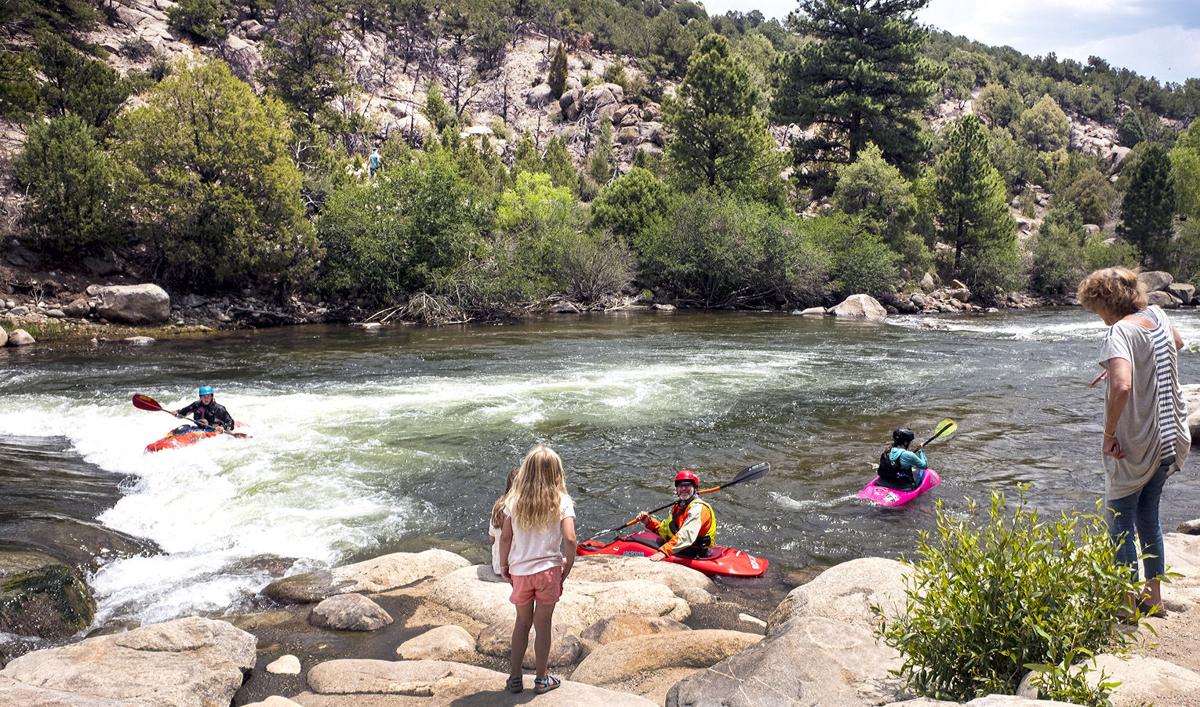 In the spring, Earl Richmond, director of Buena Vista’s recreation department, anticipated that the summer would be “slower than normal” during the COVID-19 pandemic.

“We spent most of March and April planning for a new norm through the summer, and once we got the green light to open up some of our programming, some of our facilities, we were very tentative,” Richmond said. “We thought the town would be slow, we didn’t know if people would opt to spend time in BV, but the complete opposite happened. We had large numbers of people that came right away. There wasn’t even a big marketing effort.”

In addition to Buena Vista’s proximity to the Front Range, the area’s “vast amount of public lands here, so people can spread out and feel safe, our tremendous amount of recreational facilities in this town” brought people into Buena Vista in greater numbers than ever before, he said.

“If people want to come to Colorado, BV and Chaffee County had a pretty good set up,” Richmond said.

Due to modifications to comply with social distancing protocols in the department’s rec league sports, “numbers for some of our traditional sports were down a little because our options were limited. But where we saw huge growth was people hiking or biking … we were able to see how busy the river park parking lots were, how extremely busy the skate park was,” Richmond said.

The pickleball league had record numbers in attendance, he said, in spite of long waitlists to play. There were “huge numbers of people at the river park.

“For example, a typical lineup at a surf wave would be like five people in the summer, but it was more like 15 to 20 at any given time,” Richmond said.

Monitoring of the trails on the east side of the river by the Bureau of Land Management recorded some pretty big numbers in July and August as well, he said.

With this traffic, however, came an increase in trash to pick up from the town’s public areas.

“The town had a larger payload dealing with trash mitigation, but we were more than willing to take on that challenge to support the community and support tourism,”Richmond said.

Shawn Williams, Buena Vista’s Public Works director, said, “That’s kind of one of those things that we see … we just have a lot more people here, which means we’ve got a lot more trash. We’ve added a few more trash cans here and there to try and take pressure off certain parts of town.”

Williams said that Public Works was conducting trash pickups later in the day.

Additionally, he said he’d been in conversation with Colorado Parks and Wildlife about solutions to bears in the area that are attracted by the increased amount of trash.

Richmond, who usually organizes a River Park cleanup day in the spring, said that a cleanup would be rescheduled for October.

Hungry bears look for 20,000 calories in your back yard