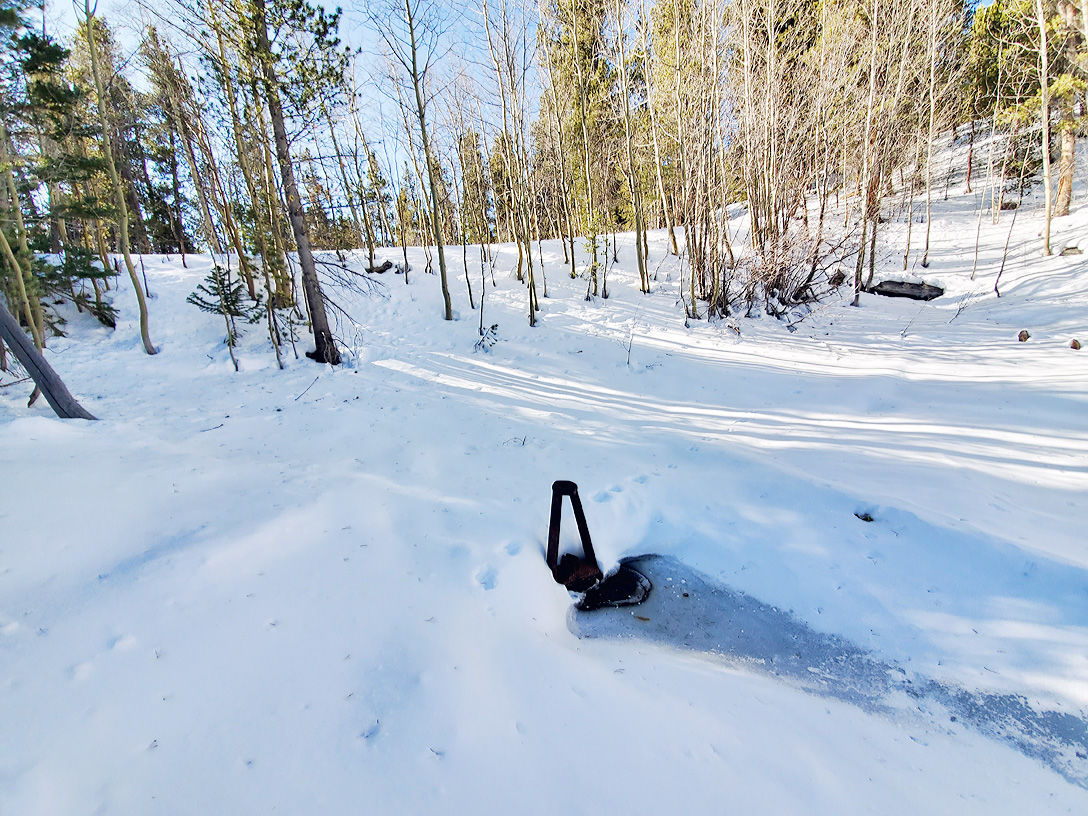 This whole dam thing started when Lower Harvard Lake’s southern headgate, pictured here under snow and ice, was blocked and began collecting water that would have otherwise flowed to Powell Creek. 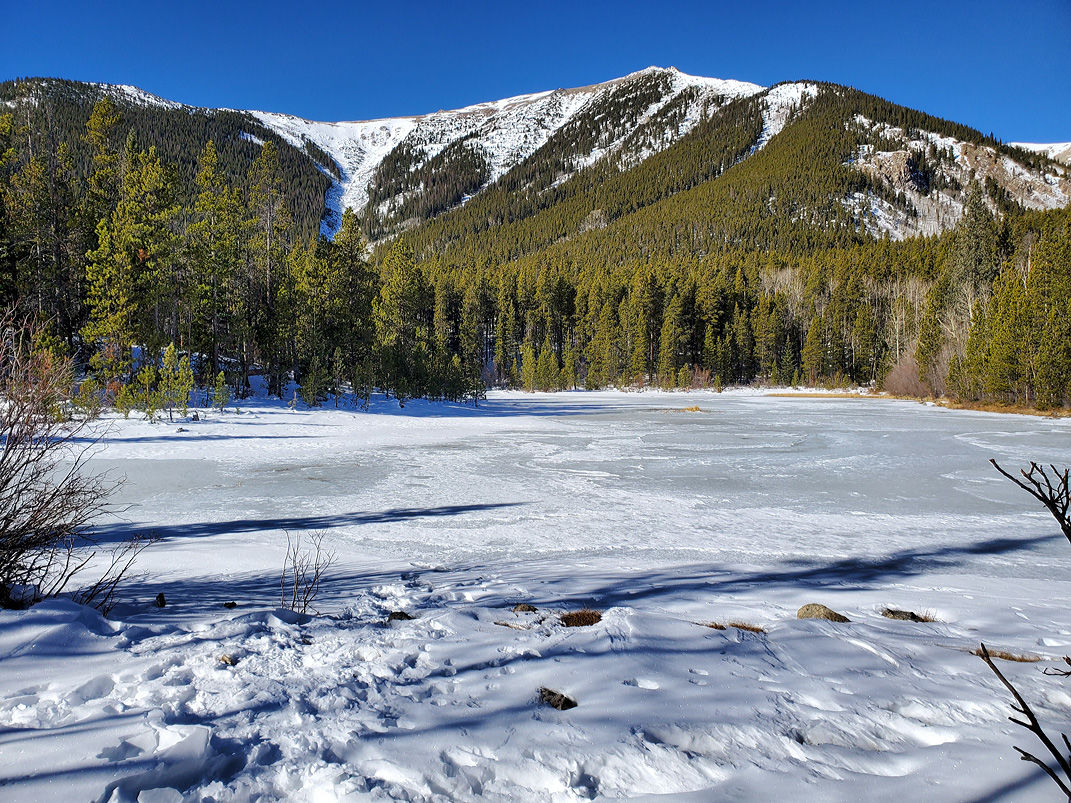 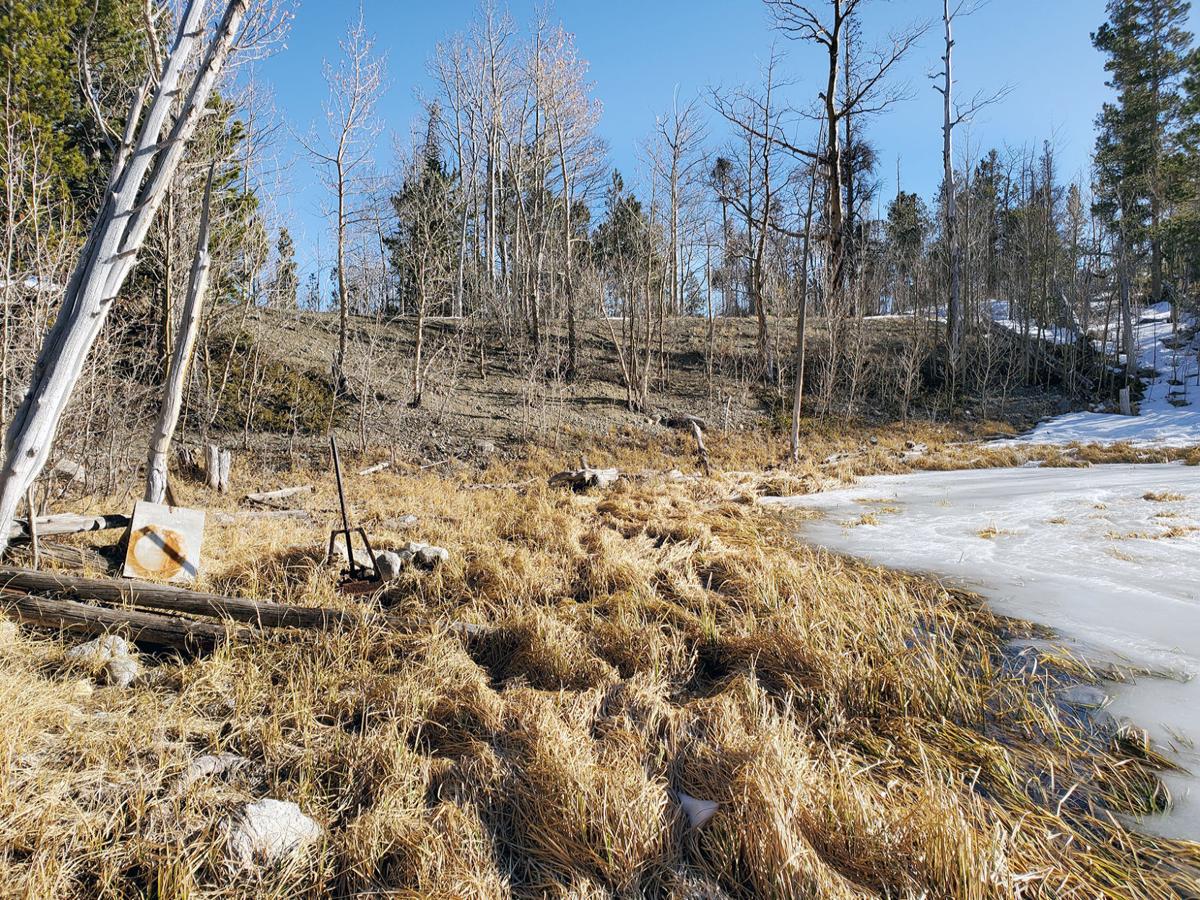 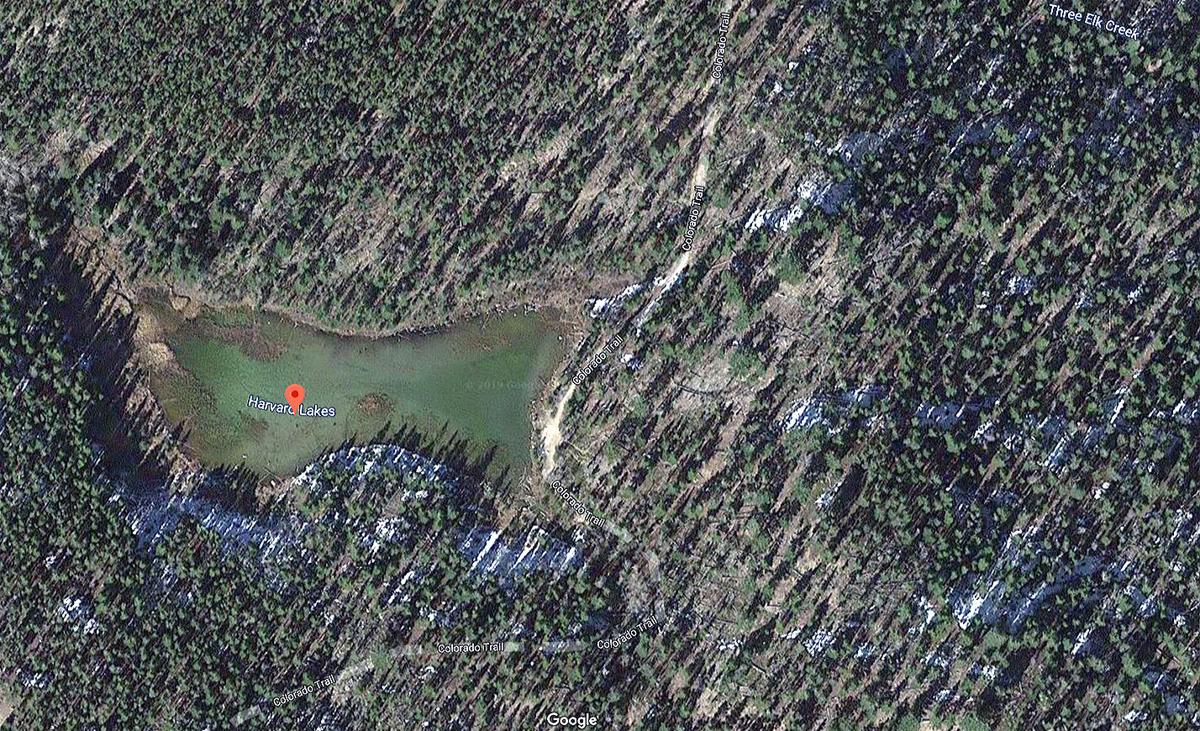 Google Maps satellite image of Lower Harvard Lake from above. 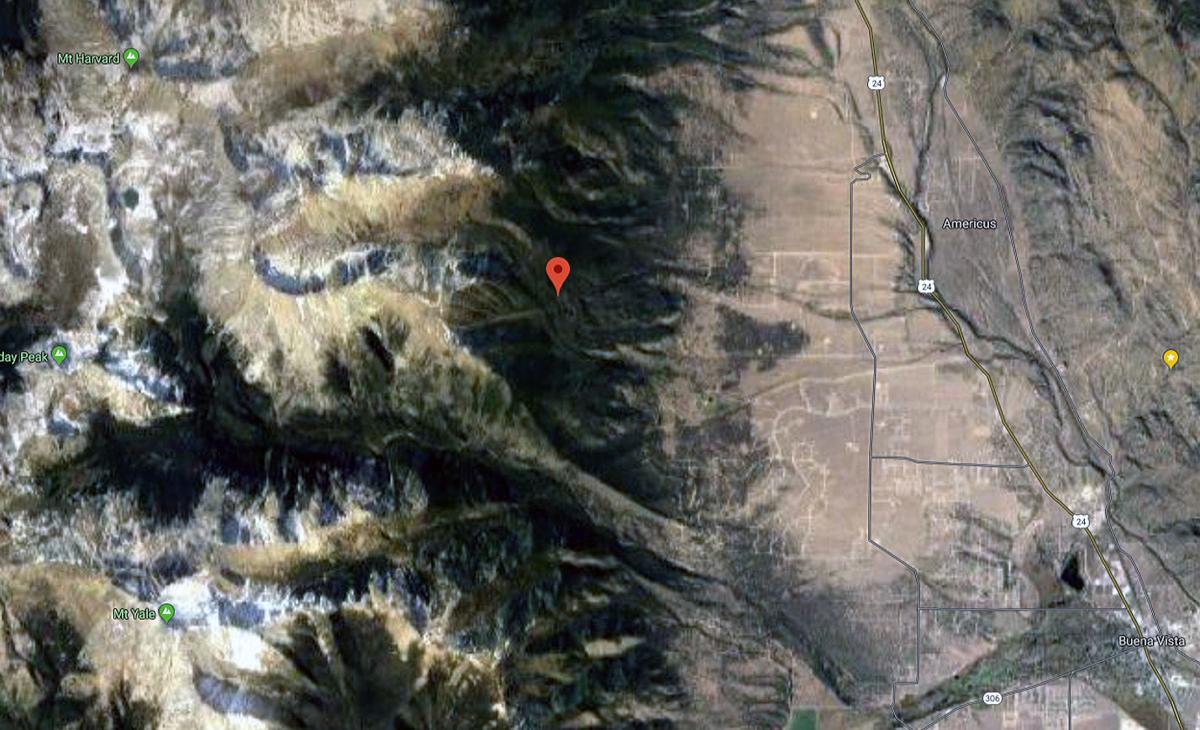 This whole dam thing started when Lower Harvard Lake’s southern headgate, pictured here under snow and ice, was blocked and began collecting water that would have otherwise flowed to Powell Creek.

Google Maps satellite image of Lower Harvard Lake from above.

In the vast wilderness of the Collegiate Peaks, much of the dramatic landscape looks as it has for eons.

Yet dotted throughout the forest, there are numerous relics of a bygone era much more recent – ghost towns like Winfield and Hancock; old mining claims like the Mary Murphy mine; the Alpine Tunnel, a railroad grade that once passed directly through the Continental Divide.

A lingering mystery among these manmade structures are two dams in a reservoir that apparently has no water rights attached in one of the two alpine lakes known collectively as Harvard Lakes, northwest of Buena Vista in the Mount Columbia drainage.

In June 2017, the Colorado Division of Water Resources notified the U.S. Forest Service’s Leadville Ranger District that they were illegally impounding water in Lower Harvard Lake.

The cause, said Jamie Krezelok, the hydrologist for San Isabel National Forest, was that the headgate of the dam in the lake was cutting off the lake’s outflow down Powell Creek, raising the level in the lake and impacting a downstream water right.

When the owner of that downstream right complained, the CDWR called the Forest Service.

“Their claim was that our impoundment was impacting the amount of water they were getting downstream,” Krezelok said.

There are two headgates on dams in one of the lakes, Krezelok said. One flows south to Powell Creek and one flows East to Three Elk Creek.

“They’re both very old and not very functional,” she said. “The Forest Service folks went up there, dug them out and opened them to the best of their ability, to release the water out of the lake to get it back to its natural lake level.”

Krezelok said that “until it was brought to our attention that we don’t have a water right, nobody else has a water right on it, we’re illegally storing water in there, we didn’t really worry about them. We just stored water so the reservoir was full. We were just storing water above the natural lake level.

Technically, the CDWR told the Forest Service it needs to keep the lake lowered to the bottom of the invert elevation of the lower of the two gates. That’s the base interior level of the tunnel leading out of the southern headgate, which flows into Powell Creek.

In short, the lake must be kept at the same level it would naturally reach if it had no dam at all, just a stream flowing out from it.

Because of the age and disrepair of the headgates, it’s possible that they could become plugged or inoperable, causing water to again pool in Lower Harvard Lake above the natural level and put the Forest Service in the position of once again inadvertently impounding water.

Krezelok said that the Forest Service’s proposal, which it plans to put into action next summer, is to remove part of Lower Harvard Lake’s southern dam.

“Because those headgates are so old, they don’t stay open well by themselves, so we have to keep going up there. Sometimes beavers block them up. I suspect sometimes people block them up because they’re like ‘Why’s the water so low?’ and they put stuff in them,” Krezelok said. “So we have to find a permanent solution that doesn’t have us going up there every month to clean out a headgate.”

The plan to remove the headgate is still in the public scoping phase of analysis for compliance with the National Environmental Policy Act, which is required with any project that involves disturbing the ground on federal lands.

“Depending on the comments we get from the public, it will determine what kind of NEPA we do. Right now we think we can do a categorical exclusion on this project. If some concerns come up that drive us to do more analysis, we would have to do more analysis on this project, and that would take a little bit longer,” Krezelok said. “The hope is to do the work either this summer or next summer.”

A categorical exclusion means that the NEPA analysis found that the project falls into a category whose impacts are well known and would not require as much independent analysis.

Once that is determined, “the challenge is, how are we going to get the work done,” she said.

“Can we get an excavator up there? Or would we use manual labor to remove it?,” she asked. “It’s quite a large dam with a heavy headgate, so that would be very challenging.”

All of this work would take place high in the backcountry.

The trails to get equipment up there aren’t in great condition,” Krezelok said. “So we may get the NEPA done this winter, but we may not get the work done until 2021 with all the logistics of how we’re going to get it done.”

So, who was it who put in these dams years ago, creating a reservoir with no water right attached?

‘As far as I know, we don’t know who put them in,” Krezelok said.

The Forest Service’s archaeologist is researching the dams.

“As I said, there’s not a water right on them, so someone went up there and built these and now they’re on the forest,” Krezelok said. “So, because we’re the ones who own the land, we’re the ones who have to follow the Colorado water law.”