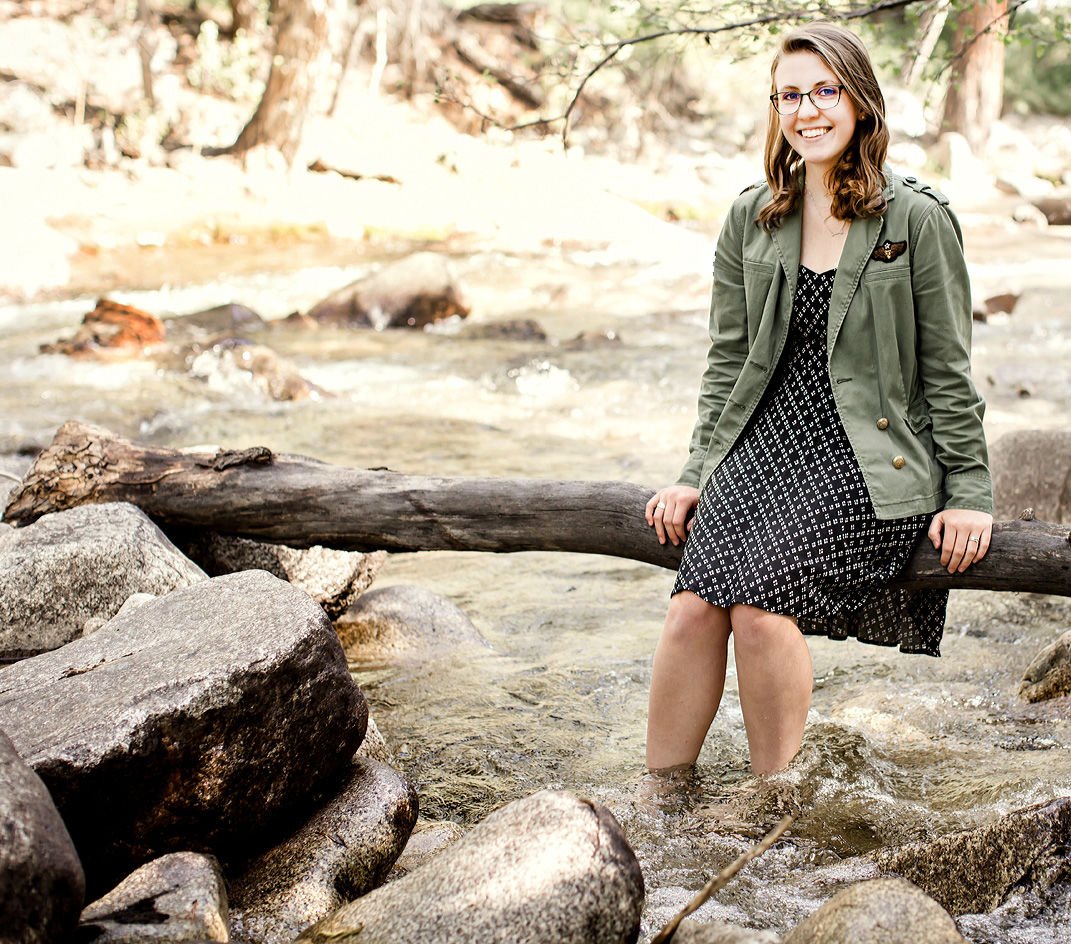 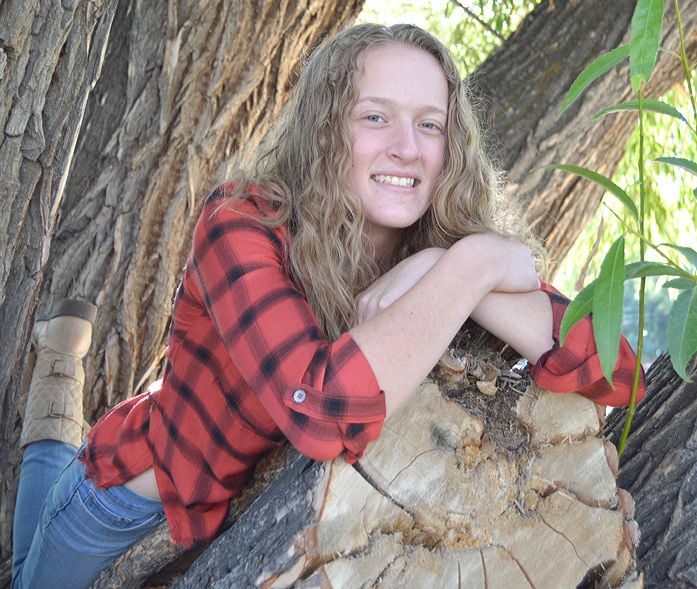 Not even the COVID-19 pandemic could slow down the Buena Vista High School seniors on their march to graduation, especially valedictorian Halley DeWalt and salutatorian Isabel Dylan.

Both graduates have new roads stretching out before them, paved by the results of their struggles, accomplishments and personal growth, all of which are duly noted by the teachers who have led them to this point.

DeWalt and Dylan really pushed themselves in their high school education by choosing dual credit and AP classes, says BVHS science teacher Kim Naegele. And not simply for the grade but for the sake of learning the material.

“The personal growth I have seen in Halley and Isabel has been extraordinary. The empathy and compassion they show for their peers, teachers, administration and the community has been taken to new levels as they have matured and grown. Senioritis is real, and these two have continued to give their best every single day,” Naegele says.

From one class to another, the girls showed enthusiasm to learn and a good work ethic, even in their sophomore year.

“As a teacher, it was so welcoming to see their energy and desire to learn. Their eagerness was contagious and soon the entire class was able to delve into the content much more deeply,” says BVHS math teacher Steve Kuennen.

According to Naegele, DeWalt was homeschooled until high school. Attending BVHS pushed her out of her comfort zone. BVHS English teacher Brad Fritsch noticed that in her sophomore year, DeWalt seemed “a bit reserved or maybe lacking some confidence in her voice and ideas”. But by her senior year in AP Literature, she has shown far more confidence and willingness to share her ideas.

“She joined sports teams, performed in plays and pushed herself to contribute in class discussions. While this was challenging for her, she now has a core group of really good friends. I’m thinking the bond they have will last a life time,” Naegele says.

DeWalt has especially shown a keen interest in Ecology and Natural History and considered these subjects as a cornerstone for her future education and career, says BVHS science teacher Jeff Keidel. “We often discuss interesting observations regarding nature: Bird sightings, wildlife behavior, controversial wildlife management issues (e.g. wolf reintroduction), etc. She is meticulous with details, yet broad in understanding.”

Keidel has even written a letter of recommendation to DeWalt’s college of choice, Colorado State University, highlighting her strong work ethic through both school work and part-time jobs and her authentic love for and volunteer experience in the outdoors.

Dylan’s teachers have seen her strive to be the best, growing in leadership and confidence, while expecting little from her peers in return. Should she produce anything at less than 90 percent, she’ll keep working at it until she earns better results, and she’ll sacrifice personal time to help others reach their highest potential as well, says Reba Jackson, head of Yearbook, Journalism and Foods & Fibers at BVHS.

Dylan had a strong desire to attend Navel Academy from high school, Kuennen says. “She even went as far as having some fun ‘decorating’ my car with USNA slogans (much to the chagrin of this AF veteran). Due to extenuating circumstances, Isabel had to put her dream on hold yet continued to persevere.”

Perhaps Dylan’s biggest challenge was an ankle injury that put a halt to her basketball career before it could even get started, yet her love for the sport was too great to accept defeat so easily. Rather than give up, she chose to approach basketball from a different angle, managing the team, helping the players improve their skills and gain more confidence. Even with the brace and the pain, she kept up a great attitude.

“I admire and respect Isabel – her drive, compassion, intuition and ability to learn make her one of the most special students to attend BVHS. I won’t be the only teacher missing her presence in my class next year, but I am so excited for her undeniably bright future,” Jackson says.

Making the transition to distance learning during the stay-at-home order wasn’t the smoothest for anyone. Dylan faced boredom and lack of motivation, yet she never failed to get her work done and even offered help to others.

Due to an unreliable internet at home, DeWalt had to travel into town and set up her work station where she could work more easily while keeping with social distancing. Once she was situated, she was able to fall into stride with learning online, says Fritsch, finding success through her sense of responsibility. Fritsch feels there was never any doubt that she would be able to maintain her usual standards of work.

During this time, DeWalt and Dylan both had an AP Calculus test to prepare for as well. When Kuennen asked DeWalt if she was ready, she responded with, “A little bit stressed, but here we go.”

“I was so proud and have so much respect for the entire Calculus class,” Kuennen says. “They all demonstrated outstanding persistence while the world was whirling about them. Both Halley and Isabel had their struggles while away from the classroom. But that’s what makes them so remarkable – they understand that life can throw you some curves and they kept keeping on.”

Seeing these two young women overcome their personal challenges and go above and beyond has been a refreshing experience for the faculty of BVHS.

“Earning the spot of valedictorian requires a commitment to excellence over the course of many years in all subject areas, and Halley, you have shown that commitment and done the work to truly earn this reward. Congratulations. Your example of excellence will be missed at BVHS,” Fritsch says.

“They are both deserving of this honor and have worked extremely hard for 4 years to achieve their goals,” Naegele adds. “There is no doubt in my mind they will make this world a better place no matter where they land or what they decide to do in the future. It has truly been a joy and privilege to teach both of them!”