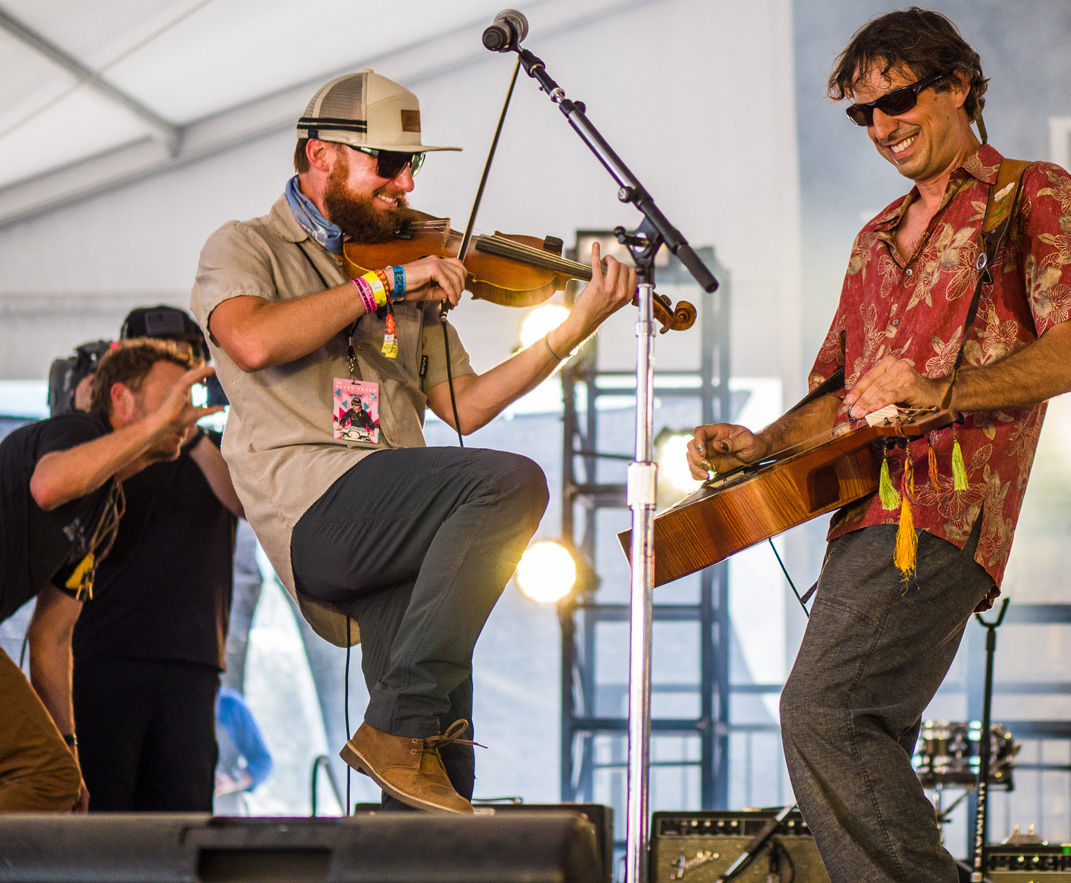 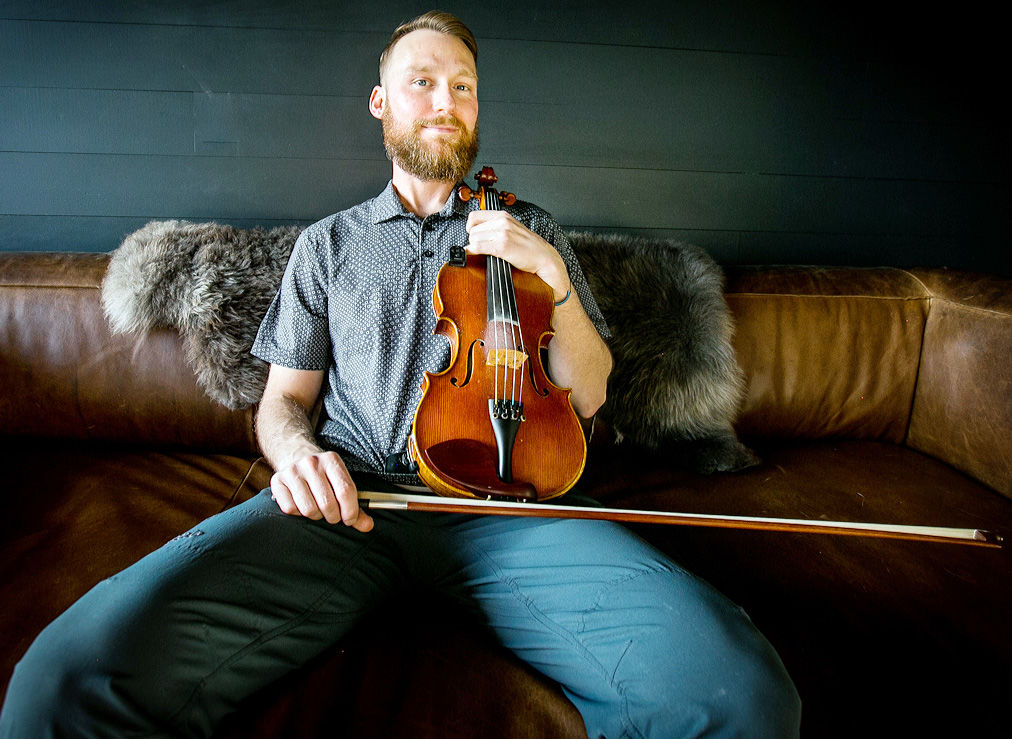 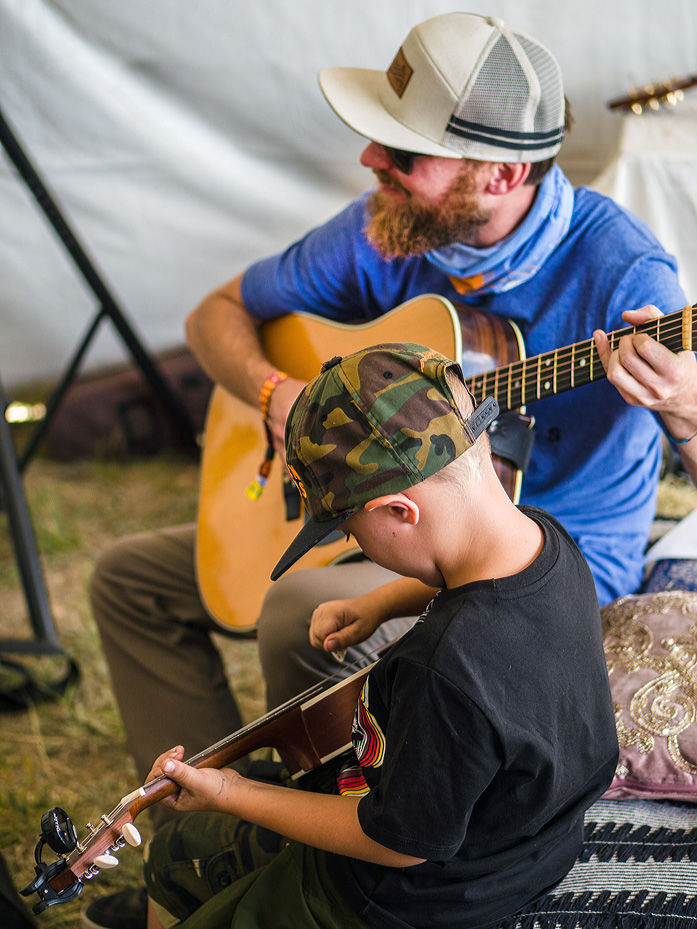 Since he was very young, Coleman Smith has been inspired by music, from classical lessons with the violin to fiddle lessons to swing music. Around the age of 8, he could already see music as his destined career path.

Smith performed and competed in fiddle contests while growing up in Texas. At 11 or 12, he began performing in Western swing and country groups.

“I started very young and I still love it every second of every day,” Smith says.

He later double majored in music performance and pedagogy (teaching) at Marywood University in Scranton, Pa.

After graduating, he was hired by an international touring group called Hickory Project that allowed him to tour the world and perform.

It also introduced him to Mark Morris.

The two soon made the decision to start the band Rapidgrass “just because we were excited for what our futures together would hold.”

While still performing with award-winning Rapidgrass 10 years later, Smith also plays with other bands including Gypsy Cattle Drive and, new this year, The Blind Pigs.

He contributes his violin skills to the bands’ many bluegrass, Western, gypsy swing and other fiddle-friendly melodies.

On Mondays, Smith brings in all of his favorite musicians to host a free concert series for the community and academy students at The Surf Hotel from 6 to 9 p.m.

Each Thursday starting at 6 p.m., the academy hosts a group class at a beginning level for students ($20 for non-students), followed by an open jam and potluck.

“It’s been really fun to go from a really remedial jam and group class to fast forwarding a year later to a dynamite group class and group jam.

“It’s really cool to see the students not only blossom musically but have fun and share the joy of music and the community and give back,” Smith says.

His week is filled with music from academy work alone, but it doesn’t end there. When he’s not teaching and jamming with others, he’s on the road or even flying by plane to perform with Rapidgrass.

The group recently was invited to play at the International Bluegrass Music Association Showcase in Raleigh, N.C.

“It’s their biggest event that they do and it was really awesome. We got to play on the steps of the capital building for the Colorado Music Showcase and represent what Colorado bluegrass is all about,” Smith says. “That was really exciting getting to play for literally thousands upon thousands of people and getting to represent this beautiful state of Colorado and the fine musicianship that we have here.”

At the end of October, Rapidgrass will play at the Banff Film Festival, a prestigious honor Smith is excited for. Not only that, the band has been awarded residency at the Centre for Arts and Creativity in Banff, Canada to record their next album over the next 2 weeks.

As soon as they’re done in Banff, Smith will fly out to India accompanied by adjunct Rapidgrass member Billy Cardine to spend 3 weeks there with the Bluegrass Journeymen, performing and conducting educational programs.

The trip will allow Smith to visit some of the music schools the Bluegrass Journeymen have helped to fund and set up overseas. He will also take part in recording an album in Calcutta at the end of the trip.

“At the end of our tour, we get to collaborate with musicians over there as well as study some of their styles of music, which will be amazing. So not only performing, one of the things I’m passionate about is always inspiring myself to be better. I’m looking forward to learning new styles and immersing myself in culture as well,” he says.

After getting through these upcoming trips and recordings, his next goal is to introduce video courses for the Coletrain Music Academy.

“With all my international travels, I meet so many wonderful people, and I think we’ll be moving forward in the winter months trying to crank out some internet lessons,” he explains.

With all this work, Smith has had to figure out how to manage his time, a difficult but not impossible task.

“I wish there were two of me, that’s just how it goes sometimes. I’m not complaining. I’m just feeling very blessed to be able to make a living in music and sharing that joy with everyone,” he says.

Smith has played with Rapidgrass at plenty of big shows, including Campout for the Cause and Seven Peaks Music Festival, the latter being his favorite so far.

“We got invited back for the second year,” he says. “Dierks Bentley got up and jammed a tune with us and basically grandfathered us into the festival. We’ll be looking forward to many years of the Seven Peaks Music Festival.

“One of the cool things that happened this year, Coletrain Music Academy collaborated with Live Nation and we had our first annual Seven Peaks Kids Music Show, which was really amazing,” Smith says. “We got to work with a bunch of kids and teach them all about music and inspire the future country stars of America, which was awesome.”

At Campout, they also held a Children’s Music Zone to the same effect.

“It went beautifully,” Smith states. “We look forward to collaborating with all those festivals again next year and making it bigger and better than before.”

Before heading off to Banff, Rapidgrass is set to play at Swallow Hill in Denver on Oct. 20, and at REI Monarch in Colorado Springs on Oct. 26.

In February, Smith will also head to the Front Range to do a collaboration with the Gasoline Lollipops, scoring music from a ballet.