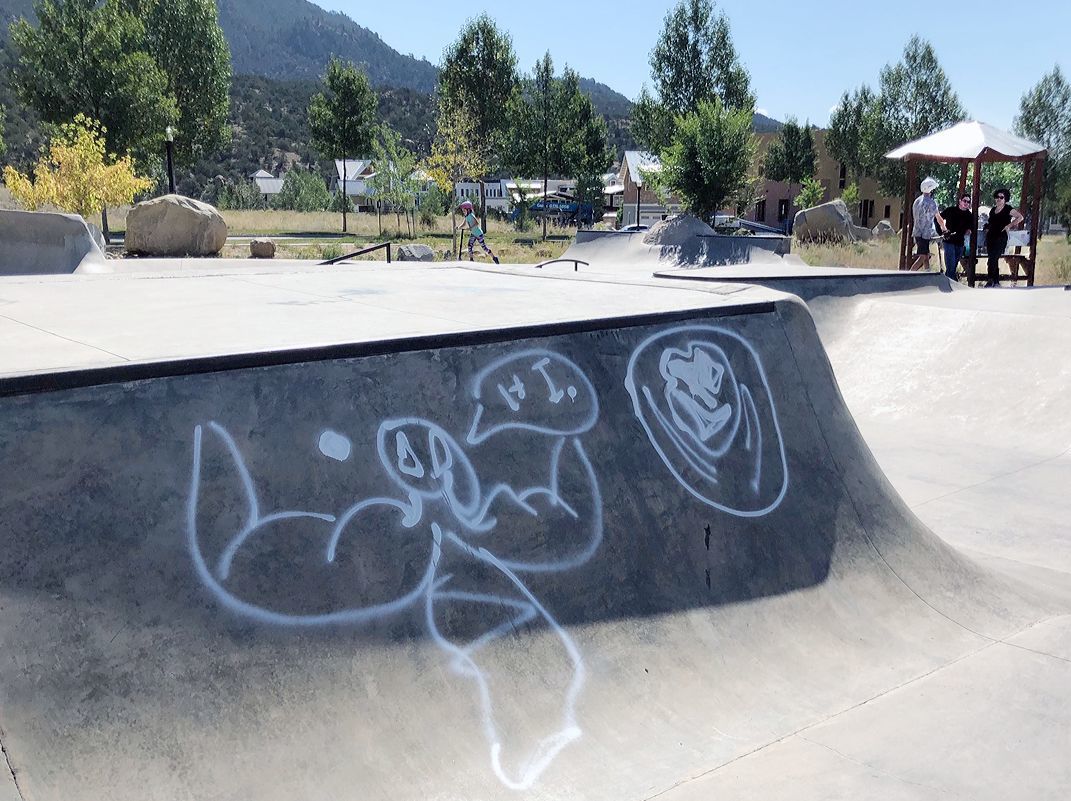 A piece of graffiti drawn on the BV Skatepark last month. 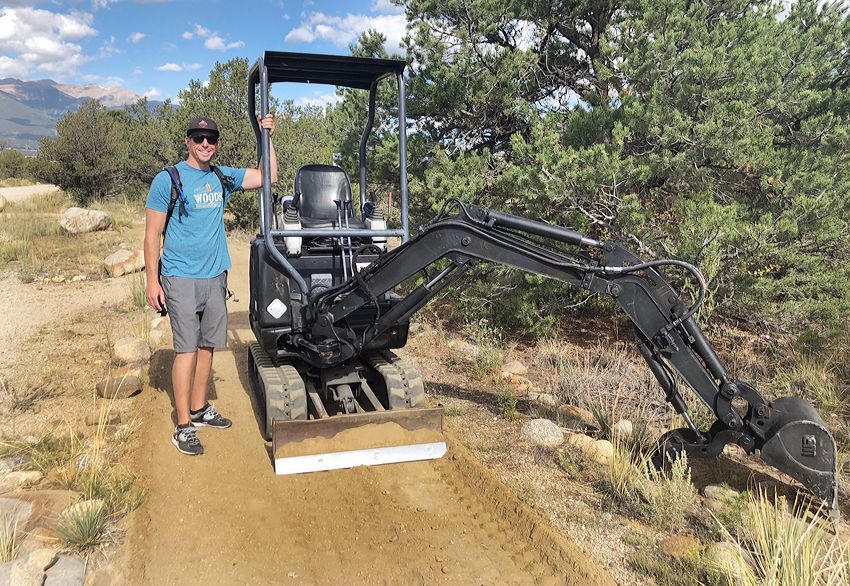 Below, Taylor Boone of Timberline landscaping prepares to work on making a section of trail along the Arkansas River compliant with Americans with Disabilities Act standards, part of a plan to build a 1-mile wheelchair-accessible loop through the Buena Vista River Park.

A piece of graffiti drawn on the BV Skatepark last month.

Below, Taylor Boone of Timberline landscaping prepares to work on making a section of trail along the Arkansas River compliant with Americans with Disabilities Act standards, part of a plan to build a 1-mile wheelchair-accessible loop through the Buena Vista River Park.

The Buena Vista skate park is open again after being closed to clean up some instances on graffiti vandalism last month.

Buena Vista Recreation director Earl Richmond said that, with the help of some of the children who frequent the park, three middle school students have been found and made to pay $500 to clean up the park.

“There are a lot of great kids who use the skate park and a cool group of people who are interested in nurturing the park, “ Richmond said.

Richmond said that he’s exploring ways that the town might give an outlet to kids who want to be expressive and creative without vandalizing public property, such as chalk art days, or a business that may be willing to donate a wall as a designated graffiti canvas.

To celebrate constructive uses of the park, Buena Vista Rec will be hosting its first Skate Comp from 9:30 a.m.–1 p.m., Sept. 21, wrapping up in time for BVHS’s homecoming game against Salida.

The competition features three age brackets from 10 to 18 and skateboard, scooter and BMX categories.

Participants will be judged on creativity, use of the venue, flow, speed and trick combinations.

Registration will be available the day of the event, and proceeds from the $5 entry fee will go toward skate park renovations.

In other Rec Department news, the town will commence work this month on an Americans with Disabilities Act compliant trail along the Arkansas River.

Taking off from the pavilion just north of the Barbara Whipple Bridge in the River Park, the 1,400-foot trail heads north along the river, offering several points overlooking the river.

The trail is the first planned phase on a 1-mile ADA-acessible loop around the River Park and disc golf course, Richmond said.