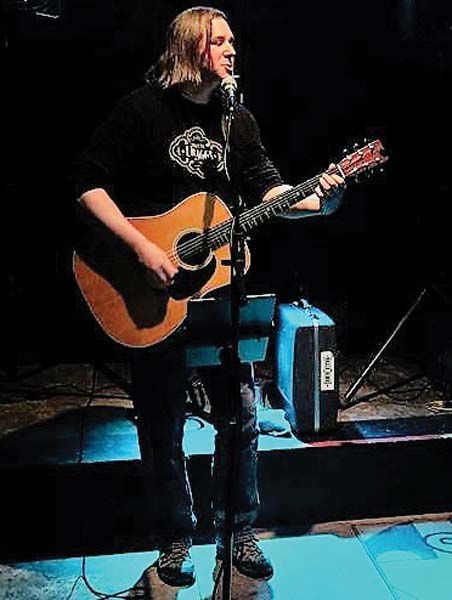 Chris Nasca brings a mix of jamming folk, blues, and country with an improvisational flair to The Lariat Saturday. 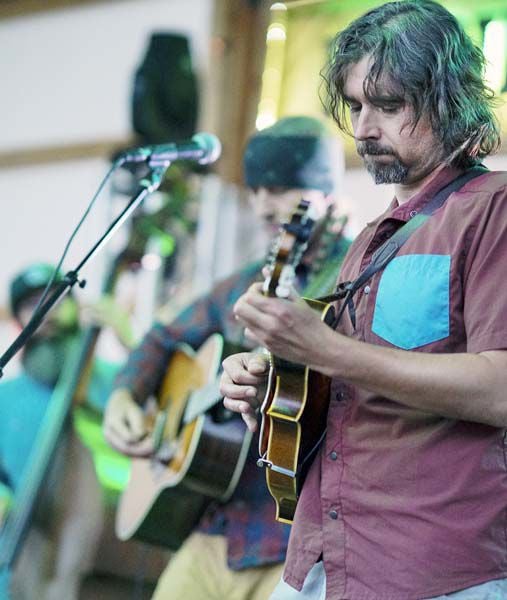 The new Buena Vista resident started his musical life as teenager playing electric rock and blues guitar and took up the mandolin and fiddle in his early twenties.

Chris Nasca brings a mix of jamming folk, blues, and country with an improvisational flair to The Lariat Saturday.

The new Buena Vista resident started his musical life as teenager playing electric rock and blues guitar and took up the mandolin and fiddle in his early twenties.

Chris Nasca and Alex Johnstone are two Arkansas Valley musicians who keep finding ways to maintain warmed up fingers as the nights get longer and colder.

A week ahead of performing in Salida’s Next Last Waltz, a recreation of the Band’s iconic farewell tour show, the duo will be joined by Trout Steak Revival bassist Casey Houlihan and drummer Oso Blanco to pay tribute to another influential strain of music history – the music of Jerry Garcia and David “Dawg” Grisman at The Lariat this Friday.

“Chris (Roundhouse Assembly) is such a Dead guy and knows so much Jerry Garcia music, and I know so much Grisman music, it was like, why don’t we just do a tribute to the Grateful Dawg music?” Johnstone said. “It’s just such cool music. They explored a lot of neat stuff, a lot of old, old music they delved into. Everything from Hank Williams to Django Reinhardt to Bill Monroe to Jimmy Cliff. A lot of cool music, and we know a bunch of it.”

Garcia, of course, was the wild-haired electric guitar god idolized by generations of hippies for his virtuosic work in the Grateful Dead.

Less well known is Grisman, a mandolinist from New York who pioneered a subgenre of bluegrass that added technical soloing and jazz harmony to the authentically American form. Later, he worked in Latin music to his sound.

“At this point he’s such a world music character,” Johnstone said. “The godfather of experimental mandolin.”

Grisman called it Dawg Music, and for Johnstone, it’s nearly impossible to overstate its impact not only on his own playing, but also to the newgrass music scene that has spread out from beyond bluegrass’s roots in the Southeastern United States and covered the music world of the West, especially Colorado, like audio kudzu.

“That music had a huge influence on all the bands like Leftover Salmon and String Cheese Incident. A lot of those groups tremendously benefitted from the music that Garcia and Grisman did. I would say their music had an extra special pull on the scene in Colorado. More so than the bluegrass of the southeast … I would venture to say anybody, the (Infamous) Stringdusters, Green Sky, Trampled by Turtles, Trout Steak, Rapidgrass, all of our groups were super heavily influenced by the Garcia/Grisman recordings. Every one of those bands knows that music like the back of their hands.”

Grisman’s involvement in Garcia’s music goes back to the Dead’s “American Beauty” record, where Grisman provided mandolin at the studio sessions. Garcia first showed Deadheads that he was “really a bluegrasser at heart” with the side project Old and in the Way in 1973 with Grisman, Peter Rowan, Vassar Clements and John Kahn, with Garcia on vocals and banjo.

“It really put (Grisman) on the map, and it brought bluegrass music, and very traditional bluegrass music at that, to a huge new audience of hippies and it kind of made bluegrass cool to a lot of people who at that time, in ‘74, just thought of that music as this weird southern music that was on the Grand Ole Opry in the ‘60s.”

Toward the end of his life, in the early 1990s, Garcia and Grisman began to get together at Grisman’s home studio for loose, informal jams on old-time favorites like “Shady Grove” and “I Am A Man of Constant Sorrow,” a more plaintive take on Dick Burnett’s song than the one popularized by the film “O Brother Where Art Thou,” released, coincidentally, in the same year.

In 2000, 5 years after Garcia’s death, a double-album of some of these home recordings featuring guitarist Tony Rice was released, titled the “Pizza Tapes.”

“At that point, Jerry had been out on the road, he’d been abusing himself, he’d been a junkie and I think that at that point, in the last 4 years of his life, he was really struggling with addiction, and when he’d go over to Grisman’s house, he’d stay there for several, several days at a time, and they would basically smoke a little bit of weed and talk about the music they loved and they would go down in the studio and just cut it.

“There was just this really open energy,” Johnstone said. “At that point in Garcia’s life, he was pretty loose. He had gotten so used to big bands, keys and all this stuff … playing with Dawg made him really have to, you know, sharpen his claws. And Grisman had to tone down all of his craziness and play these beautiful slow and somber melodies. It was a cool thing.”

With its mixture of old-time music, floaty jams and an unvarnished sincerity, Johnstone sees this record as well as being essential to the birth of Colorado’s 21st Century, bluegrass obsessed music scene.

Tyler Grant, the award-winning flatpick bluegrass guitarist and Lariat frequent flyer, has performed the “Pizza Tapes” in its entirety with a group featuring Don Julin of Wood Belly, who, as it happens, will be taking The Lariat stage Saturday.

Appropriate to the material, The Lariat’s “Shady Grove” show Friday arose organically out of a love for the music. Johnstone had performed a Monday-evening set at Wesley and Rose with Nasca and remarked to him afterwards that, by happenstance, nearly every song the duo had chosen to perform was one from the Garcia/Grisman repertoire.

“’Man, you realize that like 90 percent of what we played had been recorded, between the ‘Pizza Tapes’ and the four other studio albums that Garcia and Grisman did,’” Johnstone remembers saying to Nasca over coffee. “We just practically went down the line and played songs that we both knew, but that were recorded by Garcia and Grisman.”

At the same time, “literally while we were sitting at the table drinking coffee,” Johnstone got a call from Court Johnson and Zach Alexander of The Lariat, pitching an “Alex and Friends” show to him – an acoustic locals showcase.

Johnstone enlisted Nasca and Houlihan, whose band Trout Steak Revival is one of those groups inspired by the Grateful Dawg musical partnership.

“We both live in Salida, and I’m a huge Trout Steak fan and those guys are all great fans … but since living here, we’re both so busy through the summer that we hardly ever see each other. I think we’ve hung out one time since I moved here, and he lives right down the road.”

The show starts at the Lariat at 8 p.m. Friday evening. Johnstone said that the group would be joined by Wood Belly banjoist Aaron McCloskey as a guest.

Sheriff reports one positive case of virus at county jail