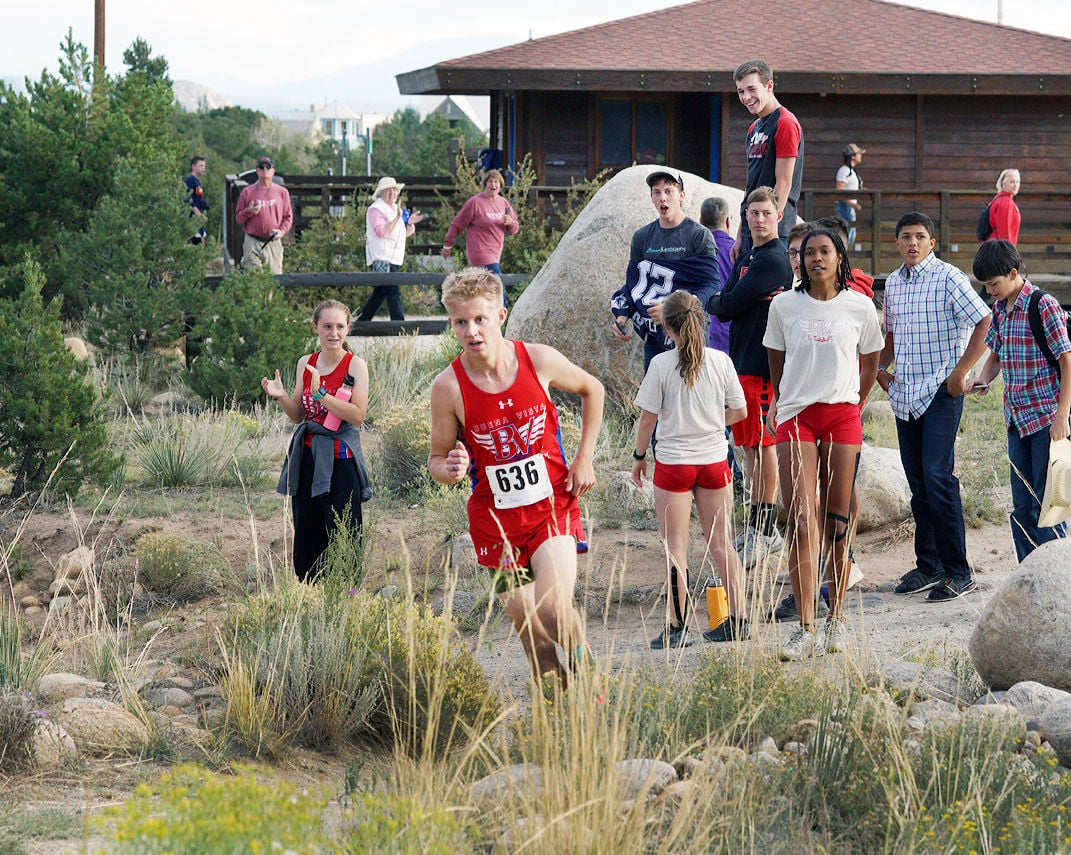 Rosston Sherlock heads back down the trail at the Buena Vista River Park during the Demons home meet.

Rosston Sherlock heads back down the trail at the Buena Vista River Park during the Demons home meet.

Sophomore Mallory Salazar was named to the cross country 2A girls all-state first team. The top six finishers at the state meet received the distinction.

Sophomore Molly McMurry was named to the second-team, the designation given acknowledging the accomplishments of the state championship race’s 7-12 finishers.

Rosston Sherlock was named second-team all state in the 2A boys division based on his twelfth-place finish at the state meet.

“This is an outstanding achievement for all three of these runners. It really displays all their dedication and determination that went into this season each and every day,” BVHS cross country coach Julia Fuller said. “All three of these individuals are unique in their abilities to push harder than they would have thought possible and never back down from a challenge.”

“Lindsey has been a great leader for our program for the past 4 years and it is such a high honor that the 3A coaches around the state have recognized her for her hard work and ability,” Buena Vista High School volleyball coach Jamie Page said.

Pratt was also chosen to be on the Colorado Coaches of Girls Sports 3A All State Team and was one of the top 18 girls in the state to play and be recognized this past weekend at Boulder High School for these CCGS games, Page said.

Pratt played for the Red Team in the Class 3A matchup. Page and Bob Ulich of Colorado Academy coached the team.

“It has been an amazing 4 years for this young lady. She has accomplished so much and has given so much back to this program, she will be missed greatly by us all,” Page said.