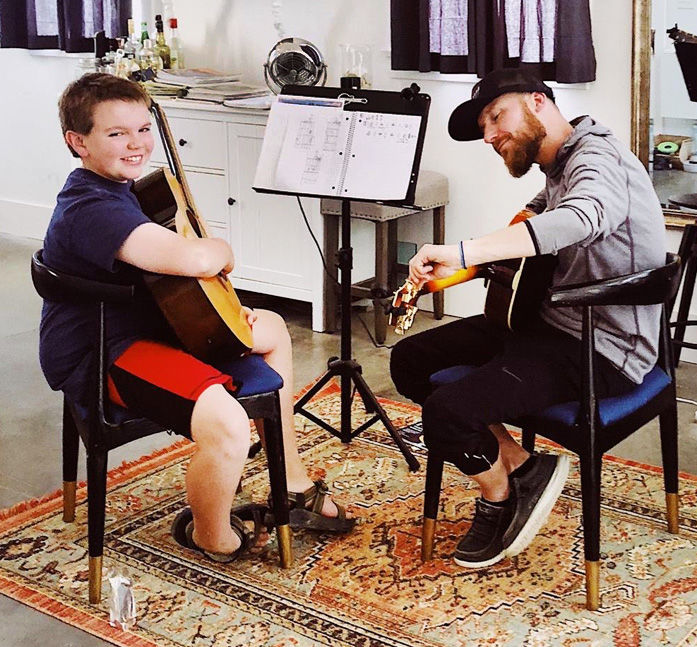 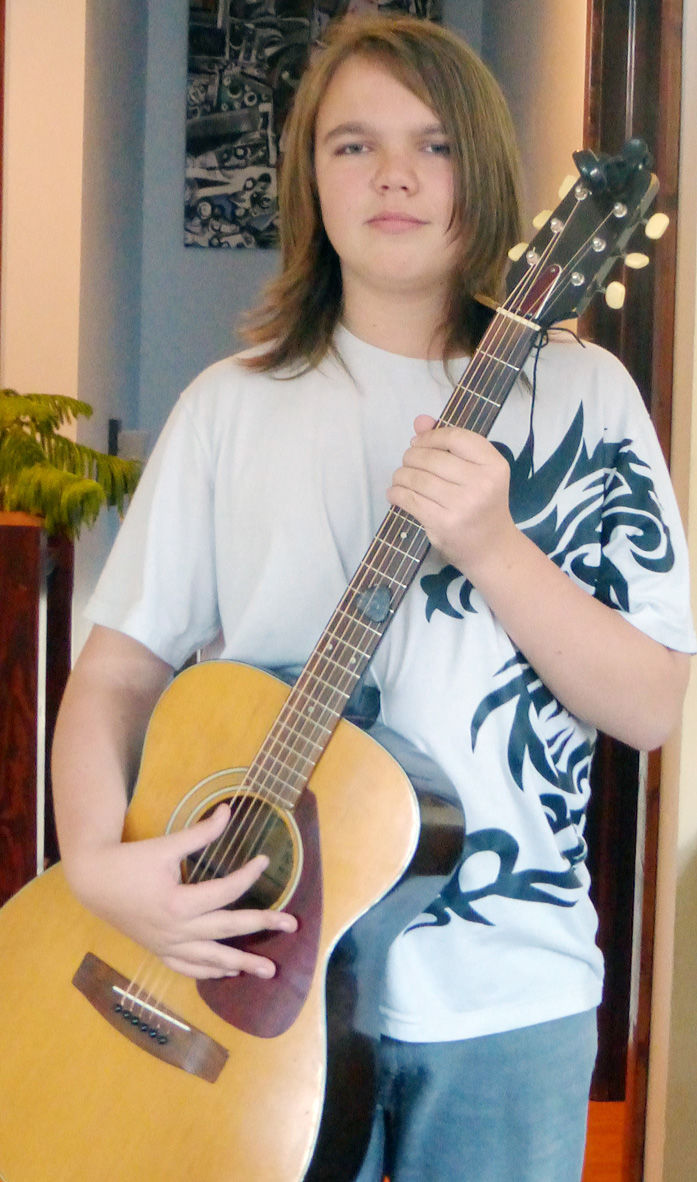 Kai Johnson, 13, says, “I was nervous when I first started, but somebody at the academy told me, ‘Just think about how much fun you’re going to have up there.’ That just makes it all better.”

Kai Johnson, 13, says, “I was nervous when I first started, but somebody at the academy told me, ‘Just think about how much fun you’re going to have up there.’ That just makes it all better.”

A year and a half ago, Coleman Smith opened the Coletrain Music Academy on South Main Street, providing just the musical opportunity kids like Kai Johnson were seeking.

“I had been looking for a place to take music lessons for a very long time,” Johnson says. “When it opened, it was kind of cool. It just showed up and I started taking lessons.”

For a little over a year, Johnson, now 13, has been practicing his guitar skills under Smith’s tutelage.

From studying different types of chords to improving his playing and jamming with his peers, the experience has been very fun and interesting for the young guitarist as well as conveniently close to home in South Main.

“We warm up and play. Sometimes we learn new stuff, sometimes we focus our old skills. It goes on for 60 minutes,” he says. “Thursday lessons are a really good way to enhance our playing skills.”

Generally, Johnson has enjoyed all of the songs he’s learned to play, including “Shady Grove.”

“It’s all really breathtaking and amazing to play,” he says. However, he especially finds inspiration in the Rolling Stones, Jimi Hendrix and Led Zeppelin, as well as one of his big favorites, “Stairway to Heaven.”

Johnson says he’s learned a lot about how music works, and he marvels at how much like a language music is. The more he plays, the more he feels his brain as well as his overall qualities are sharpened.

“I was nervous when I first started, but somebody at the academy told me, ‘Just think about how much fun you’re going to have up there.’ That just makes it all better.”

Apart from jam sessions, Johnson has performed live on a couple of occasions with the Smith & Friends concert series at the Wesley and Rose restaurant in the Surf Hotel.

“I feel like it really helps bring the community together. It’s a really, really cool experience,” he says. “Sometimes I screwed up, but no one really notices. You just improvise if you end up really train wrecking.”

Johnson’s parents Scott and Corey have also been very pleased with his experience with the music academy.

“The teachers are all awesome, and the group jams and group lessons are fantastic too because it’s a little different experience than the private lessons. Coleman’s great. We’ve been super happy about it,” says Corey.

For about a year and a half, Johnson has also been playing the tuba with the McGinnis Middle School Symphonic Band.

Now in the seventh grade, he’s enjoyed playing in a full band, too, amongst percussion, woodwinds, brass and other instruments.

The band played recently on Dec. 10 at Valley Fellowship Church. The day before the performance, Johnson said he felt “solid” and thought he’d do well for the concert.

“It can be kind of challenging because the tuba is very like a bass instrument, and the guitar is treble clef. So they’re very different instruments … It can be rather difficult but it’s cool to experience two different things,” he says.

Johnson intends to keep taking lessons and performing, honing his skills and someday starting a band of his own.