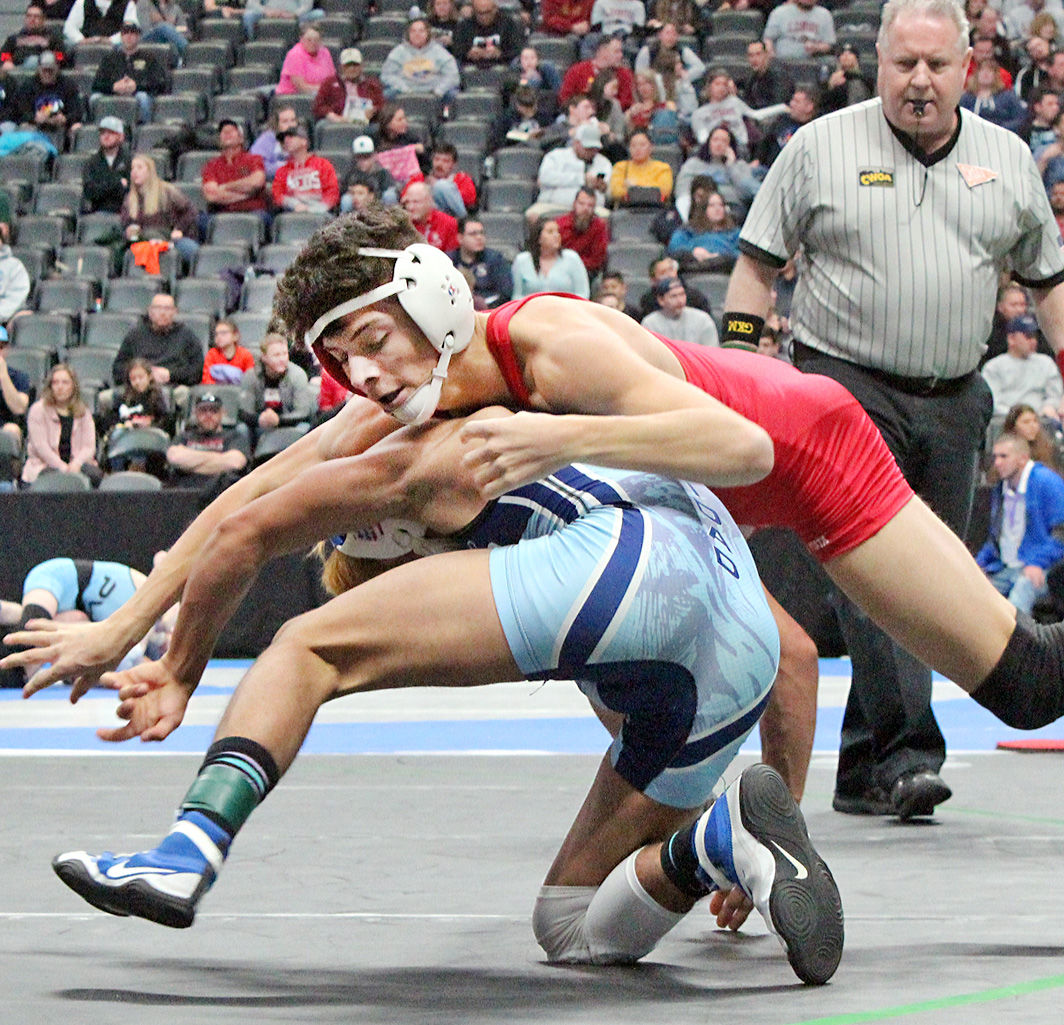 Issac Hutchings wrestles an opponent in the consolation rounds. 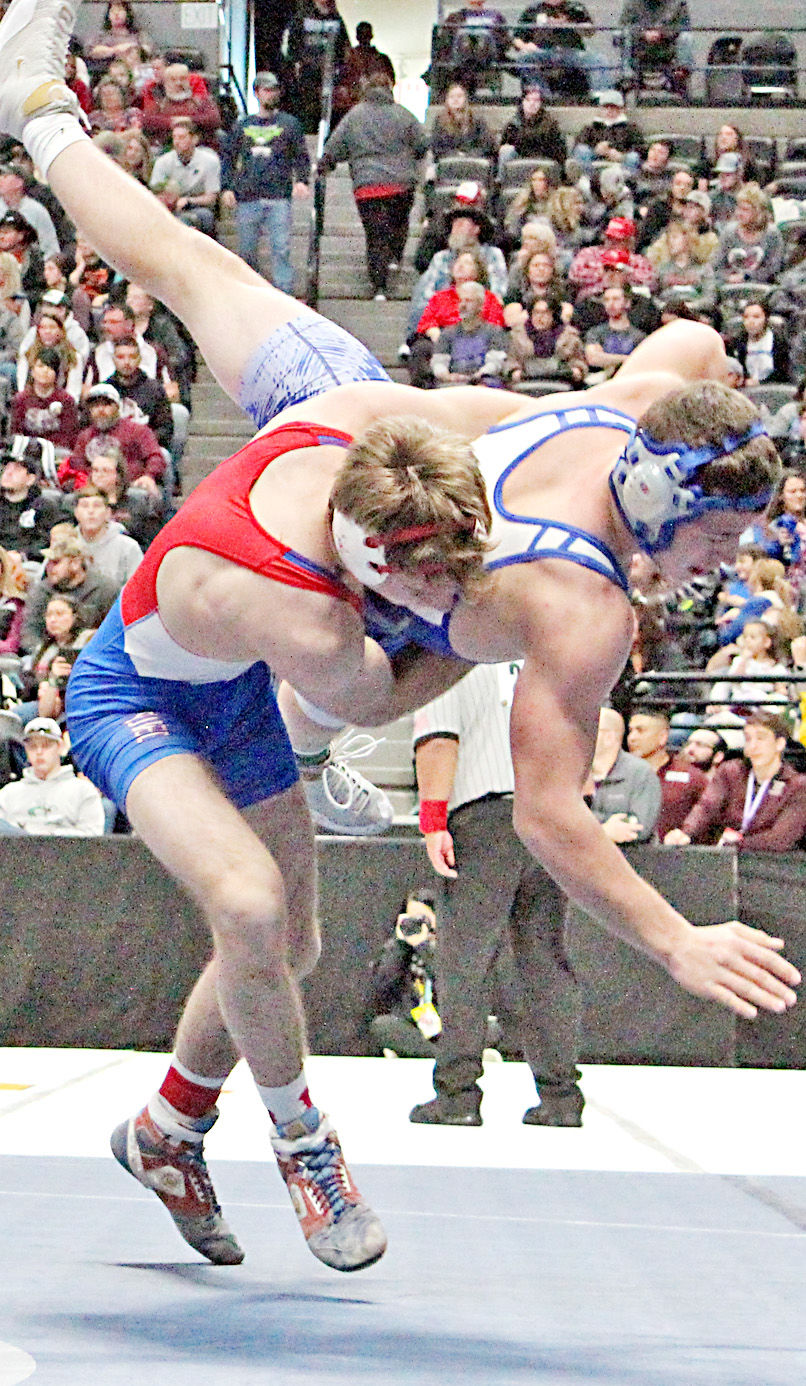 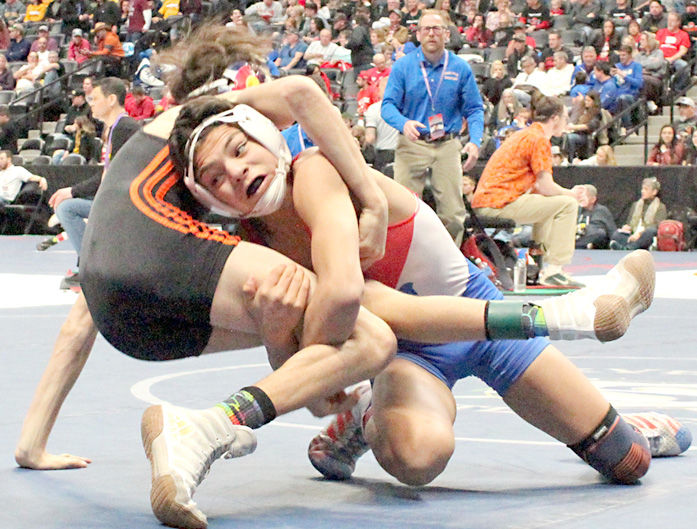 Chris Hutchings gains a tight hold on his opponent’s legs during the consolation semifinals.

Issac Hutchings wrestles an opponent in the consolation rounds.

Chris Hutchings gains a tight hold on his opponent’s legs during the consolation semifinals.

Micah Hertrich was the top Demon placer, finishing second to Grey Neal of Paonia at 160 pounds.

Hertrich made his way to the finals and parade of champions on Saturday by winning 9-1 over Greg Coy of Highland, 9-3 over Chase Moore of Mancos before earning a 7-2 semifinal win over Emmanuel Huerta of Wray.

Hertrich and Neal had met up several times over the past 2 years with each winning. Most recently, Hertrich scored a couple of victories over Neal in tournaments this season.

Neal was able to make a quick move takedown and expose Hertrich’s back to the mat for two more points to gain a 4-0 lead late in the first period.

The lead allowed Neal to work moves from below in the second period. He did score an escape late in the period to go up 5-0.

Wrestling from the bottom in the third period, Hertrich scored two on a reversal and then had to turn the Paonia wrestler loose late so that he could work to get a takedown and a pinning combination to overcome the 6-2 lead.

It was not to be and Hertrich had to settle for the silver medal.

“What an outstanding year for the young wrestler,” said Todd. “He wrestled with heart and came up just short of the top prize. I am proud of him.”

Chris Hutchings advanced to the semifinals at 106 with wins by fall over Andrew Hannigan of Platte Canyon and Benny Gonzales of Rocky Ford.

“That was a heart breaking loss for Chris, but I am really proud of the way he gathered himself and came back to take third place,” said Todd.

Issac Hutchings also picked up his first medal at state after dropping his opening match to Kyler Campbell of Hayden at 120 pounds.

Consolation bracketing is a long, tough road back that Hutchings traveled by winning three consecutive matches before finally dropping one in the consolation semifinals.

That put him in position to wrestle for fifth place, but he ended up sixth after a close 5-3 decision to Logan Lewis of Highland.

“We knew this had a chance to be a special year from the beginning,” said Todd. “When coach Kip Drawbridge and I sat down and talked about it early we were excited about the possibilities.

“In the end I would say our wrestlers performed at or above expectation. That is always what we are after,” Todd said. “We never want to under-perform, and this group definitely did not.”

“Of the 10 wrestlers we took to state, eight will return for next year,” Todd said. “That gives hope for a bright future, and we are really proud of the work done by our two senior wrestlers Jim Gabriel and Micah Hertrich.”