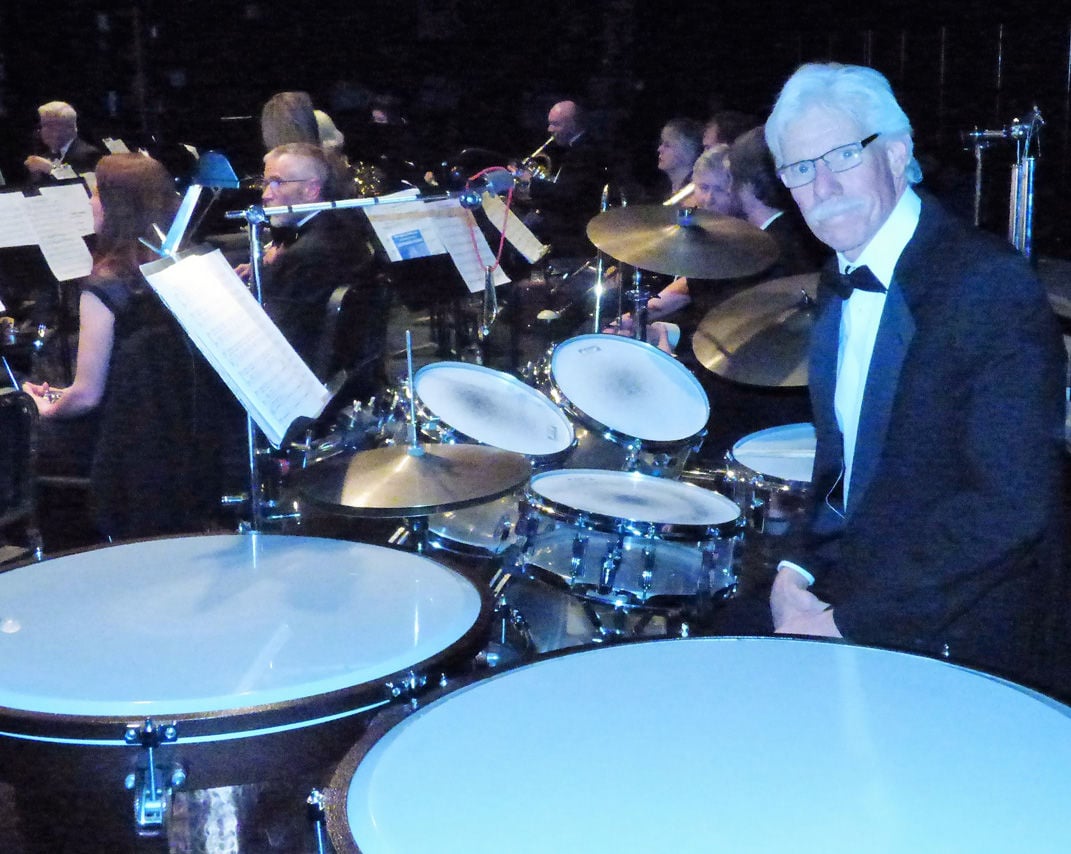 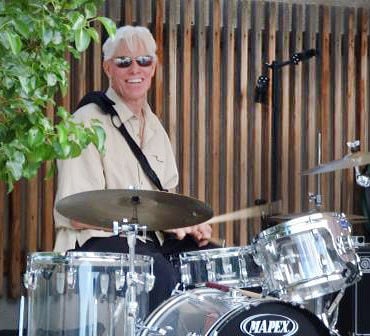 Brian Pence performs with Equinox Jazz on the Plaza event at the Salida SteamPlant.

Brian Pence performs with Equinox Jazz on the Plaza event at the Salida SteamPlant.

Everyone has a beat that drives them through the rhythm of life. For some, that beat is the literal beat of a drum.

“We are the rhythm section; we’re not the stars. If I can keep a real solid beat, keep the music in the pocket, that’s the best compliment I can get,” says Brian Pence. “It’s not about the big drum solos, it’s about the rhythms and keeping the band together. What’s really important is being a good percussionist

Growing up in Chicago, Ill., Pence originally started his life as a musician with a clarinet and then a trombone. But his band director at the time felt that neither was a good fit for him.

Since Pence could count the music very well and often “pounded on pots and pans at the house,” the band director convinced his parents to switch him to drums.

“It just took off. I just loved it, practiced hard in middle school,” Pence says. “It gave me the direction. I wasn’t the best student, but music really kept me in tune with school.” He adds with a laugh, “I never stuck with physics, but I stuck with drumming.”

He received private lessons from a jazz drummer and brought his playing experience into high school with the jazz band, concert band and marching band. He played in some competitions and in concerts in Chicago big bands, including his favorite blues festival.

The most exciting and favorite performance he took part in was playing in a recording studio for things like commercials.

“What’s really nice is jazz is the root when you’re learning. I think jazz teaches young adults and musicians to be a more rounded musician mainly because of the feel of the music,” Pence says. “It introduces you to different counting phrases, and from there you can go to blues and funk and Latin, and of course rock and roll. But I think jazz is a very structured music.”

Pence moved to Buena Vista in 2006, and in 2007 he began playing with the CMC Jazz Project, also known as the Jazz Merchants, and Equinox Jazz. Equinox is a small band of about five members while the CMC band can include anywhere from 15 to 25, some of them coming from as far away as Colorado Springs.

Equinox plays now and then, and when they started out they even did some performances at the Asian Palate.

The CMC Jazz Project usually plays two big shows a year, coordinating them around spring and winter performances by the Alpine Orchestra and the Collegiate Peaks Chorale.

“We have young kids in high school come in with the CMC, and we have senior players like myself. We’re always trying to get the young guys in, help them out,” Pence says.

Pence has taught private music lessons, which he still sometimes does on request. He meets with students once a week for 30 minutes to an hour, and he starts them on the rudiments of music, such as hand control exercises and hand-eye coordination, and reading the charts as well as working with jazz.

He’ll only take those willing to devote themselves to their craft, however. If the student has no interest in what he or she is doing, then there’s not much interest for the teacher either.

Pence also played with the Alpine Orchestra from 2006 to about 4 years ago. As much as he enjoyed it, he ultimately had to stop once he had too much to do at once and couldn’t make time for the Alpine rehearsals.

Once a year, he also plays at the high school musicals at Tanner Oharah’s request, such as “High School Musical” in April, 2019. “It’s a lot of fun. I like working with the kids,” he says.

Drumming is a stress relief for him, especially when he practices for a couple of hours after returning home from work.

It has also become a good outlet for him after losing his wife to cancer 5 years ago.

After all this time drumming, some physical obstacles have appeared.

“I had multiple surgeries on my hands for carpal tunnel because I was drumming,” Pence says. “As I get older, I notice I’m not as fast as I used to be. I have to work a little harder.”

But that won’t stop him from the activity that has always been part of his life and kept his interest.

Currently, the CMC Jazz Project is rehearsing amidst the busyness of the holidays for a concert in January. In the meantime, Pence keeps his feelers out for other music opportunities.

Not long ago, he was able to participate in an interesting country-western recording for his neighbor, who happens to be a poet. She wrote old-fashioned country music to her poetry, and Pence and his bandmates rehearsed it, took it to a recording studio in Colorado Springs and made a couple of CDs out of it.

“I was really impressed with it. It was kind of fun to do that kind of stuff,” he says.

In 4 years, Pence plans to retire from his job with Colorado Parks and Wildlife. In addition to doing more drum work in musicals and pit orchestras, he hopes to achieve his dream of playing on a cruise.

No matter what, he devotes himself to drumming and rhythm, and he plays as much as he can.

Aside from his drum room, he keeps a small drum set in his bedroom so that every time he passes it, he can get himself to stop and practice, be it for 5 minutes or 2 hours.

“I’m always picking up salt and pepper shakers and tapping out rhythms. People I go out to dinner with will actually reach over and say, ‘What are you doing?’ And I’m like, ‘Oh, I’m sorry,’” he says with a chuckle.